My Cubs autograph collection doesn't just include players.  I've also managed to pick up several autographs of the managers. 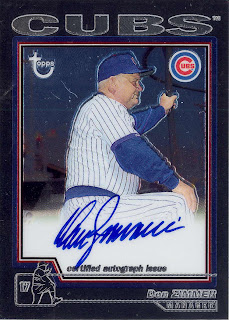 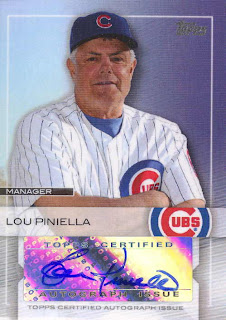 The rest of the autographs I've got are Ebay purchases that may or may not be legit. 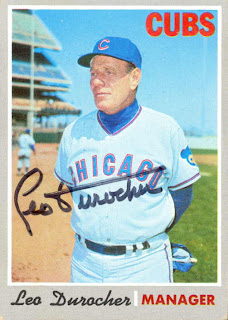 Leo Durocher was the first manager that I knew, and it's Leo that comes to mind for me whenever you talk about Cubs managers.  Leo took over the team in 1966 and led them through July, 1972.  His record with the Cubs was 535-526, but he will be forever known as the leader of the team that flopped in 1969. 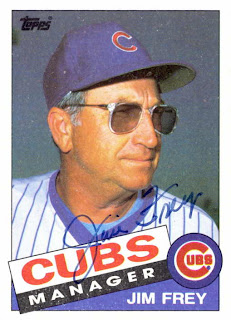 Jim Frey led the Cubs to their first post season appearance in 39 years in 1984.  It was his first season with the Cubs and they really came out of nowhere to win the Eastern Division.  He lasted through June, 1986. 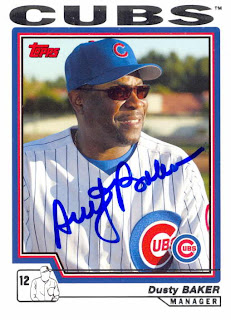 I got this card only because I'd like autographs of all the managers that led the Cubs to a division title.  The way the 2003 season ended, along with the mediocre success the team had the rest of his time in Chicago, I really don't have any warm feelings for 'ol Crusty.

I hope to add an autograph of Dale Sveum to my collection, and I'll do that as soon as the Cubs win a title under his leadership---this October......I hope....maybe....probably not.
Posted by Wrigley Wax at 9:00 AM