The number of Cubs saw a corresponding drop, from a high of 26 in the premiere edition, to a low of 6 in the final set. One player made the entire run, Mark Grace.  Sandberg missed the '95 set (he'd retired) and Sosa was not in the '92 set (that was his first year with the Cubs).

There are a total of 111 Cubs in the first run and the six from this year, making a total of 117 Pinnacle Cubs.

This first tile is just one card from each year, giving you a chance to see the various Pinnacle designs. 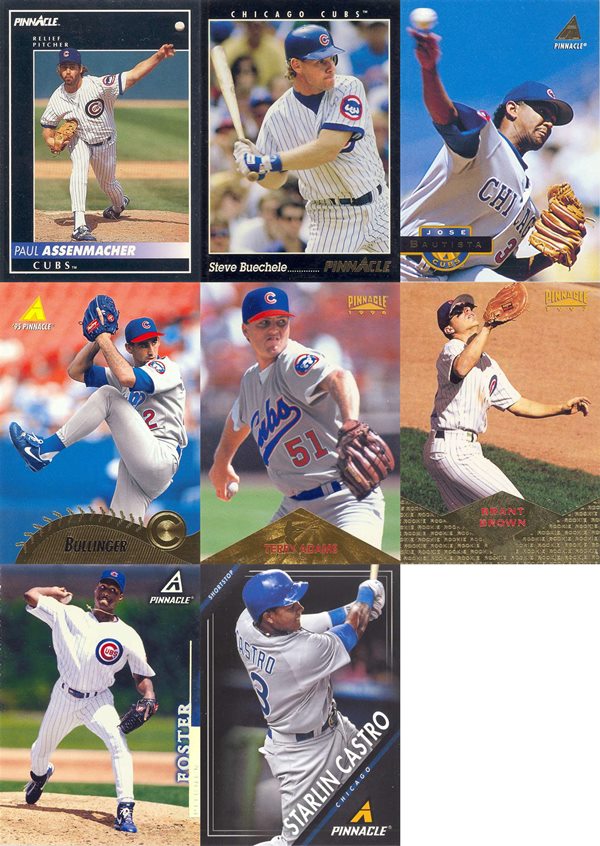 Below is a look at all 117 Pinnacle Cubs. 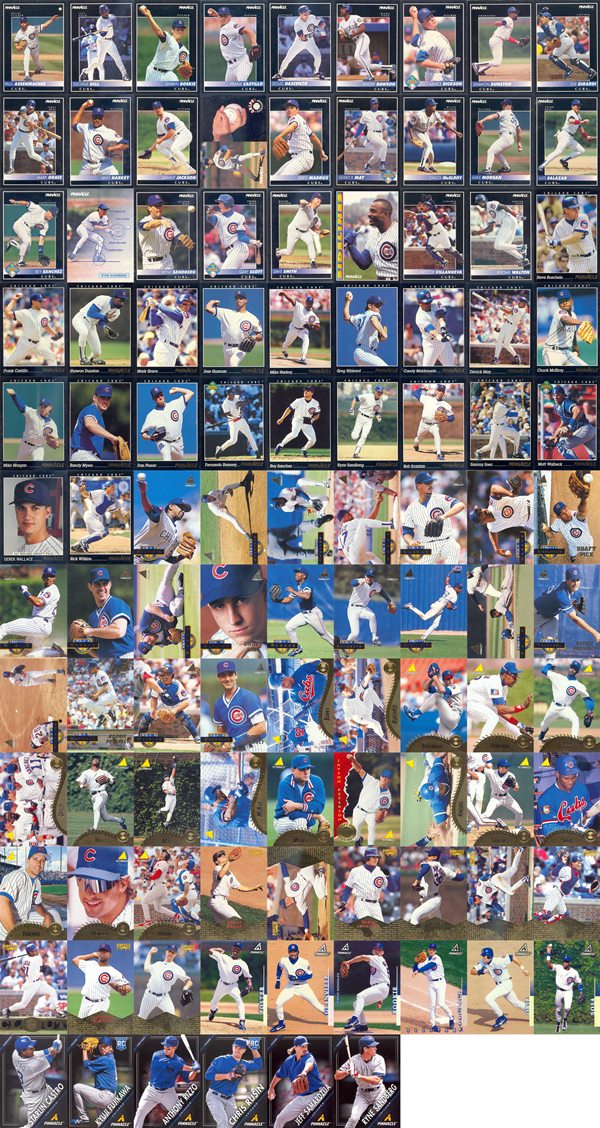