When it comes to Cubs team sets, I typically stay away from the unlicensed stuff put out by Panini or Upper Deck.  I have made exception when they re-use a brand name that I've collected in the past.  Triple Play would be an example.

Panini recently released a new exception for me, Pinnacle.  Pinnacle was initially put out by Donruss / Playoff from 1992 - 1998.  I've got the complete Cubs run of the original, meaning I needed to add the 2013 Panini version to keep the set complete.

The 2013 design is reminiscent of the first two years of Pinnacle, 1992 and 1993.  All feature a black border and the Pinnacle name or logo.  The obvious difference with this year's cards is the lack of logos.  Panini had tried to design the cards in other sets in a way that can hide the lack of a logo.  But with Pinnacle, it wasn't tried.  Instead, they just photoshopped out all of the logos, leaving the players looking like they are playing in the Sunday rec league at the park. 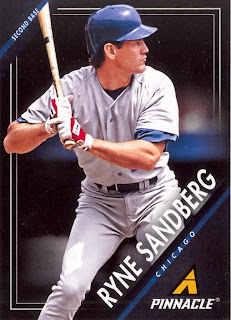 Ryne Sandberg is the lone retired Cub in the set.  The black border forces you to look at the picture, and the logo-less picture makes you want to look away.

The big shock with the five remaining Cubs is that all five are still with the team (though one is on the DL, done for the season).  I'll give Panini some credit for that...and that's all. 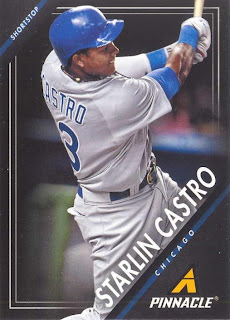 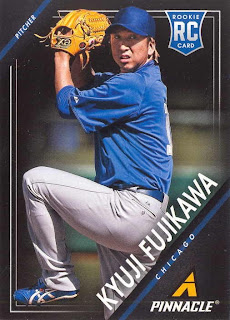 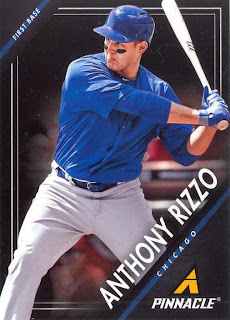 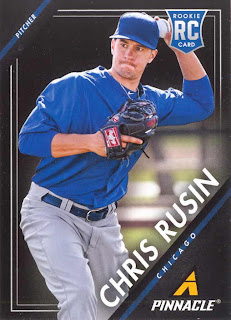 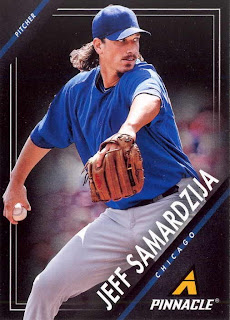