Cracked Ice From the National

Today I've got another card that was available only at the National. The card is from Panini's Prizm set.  If you remember, this is the set that had a 2012 label though it was released in April, 2013.  The copyright on the cards is also 2013, so I never quite figured out why Panini decided to slap a 2012 label on it. 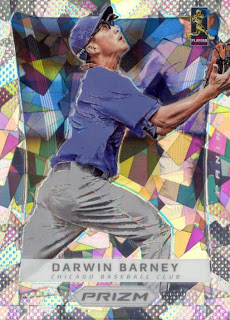 This is a cracked ice version of Darwin Barney's card.   All the listings I've seen for these lists them as /25.  Odd thing is that the card isn't numbered.  I guess we have to take Panini's word for it that there are only 25 of the card with a 2012 label given away eight months after 2012 ended.

This makes my fifth version of the Barney card.  The missing three are parallels that I have yet to see anywhere.  There is a gold version /10 and a 1/1 finite black card and it makes sense that these haven't shown up yet.  The surprise missing parallel is the blue version.  The blues are available only in retail packs sold at Walmart.  I've got the red Target version, but the blue has yet see the light of day.

I put together a tile with the five cards.  I also threw in the autograped Prizm card, though it's not really a parallel since the picture is different. 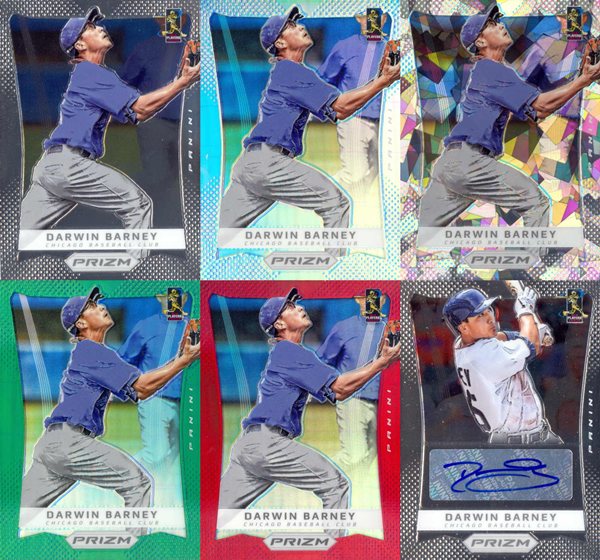