The reason for the layoff--I've been looking for one final card from both the '61 and '62 sets.

Last week I was able to pick up the missing 1961 card.  It wasn't a big name player, but instead was a dreaded short print.  I'm not sure how or why Post ended up with short prints.  It's not like they had to fill an 11 x 12 card sheet.  They were putting these on cereal boxes and could put them in any sort of combination they wanted.

The killer with the short prints is the price. I had to pay far more for the final card than I did on any of the other nine, and that includes hall of famers Richie Ashburn,Ernie Banks, or Ron Santo.

Here are the ten cards in the 1961 set, all with pictures showing the players in their home pinstripes: 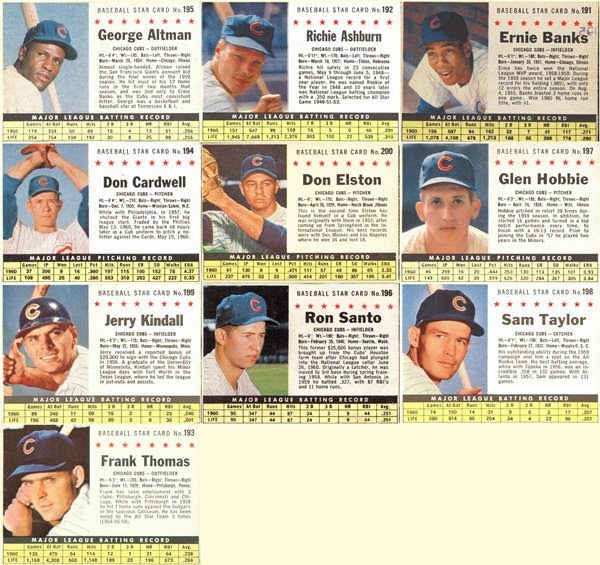 And which of the ten was the short print?? 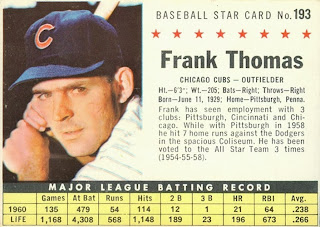 This one, Frank Thomas.  The Standard Catalog gives a price of $100 for a NM version of the card and $40 for an EX copy.  Those are some pretty steep prices for a career .266 hitter.
Posted by Wrigley Wax at 9:00 AM