Over the past couple weeks I've shown Super Billy... 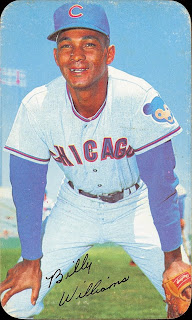 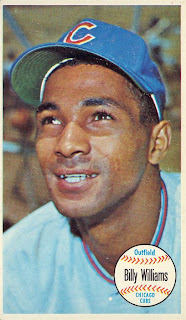 Today I've got the biggest Billy yet... 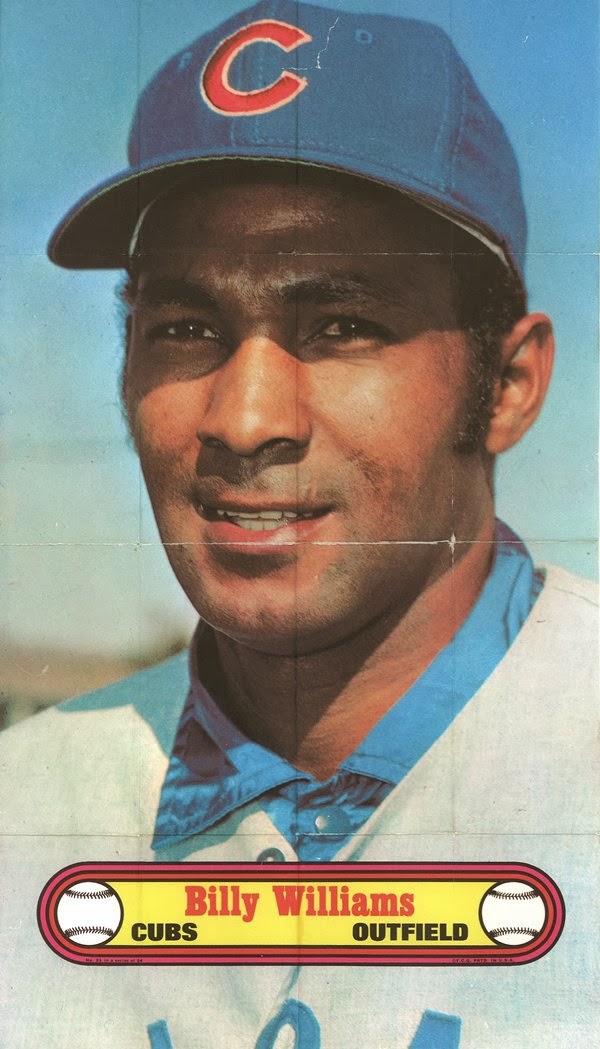 ...from the Topps 1972 Poster set.  In the past Topps had posters that were inserts with regular packs of baseball cards.  The 1972 set was different.  These posters were sold as a separate product. 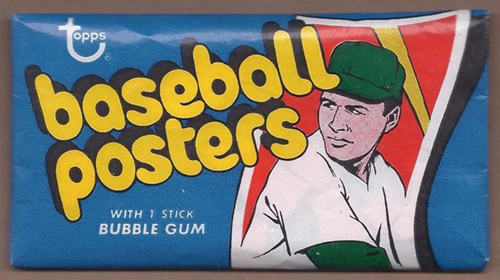 This is a picture of a wax pack.  The 24 posters were sold one to a package for a dime.  For your ten cents you got a hard piece of gum and a very big poster (at least by Topps' standards).  These measured in at a big 9 7/16" by 18"  Here what the poster looks like next to a regular sized baseball card. 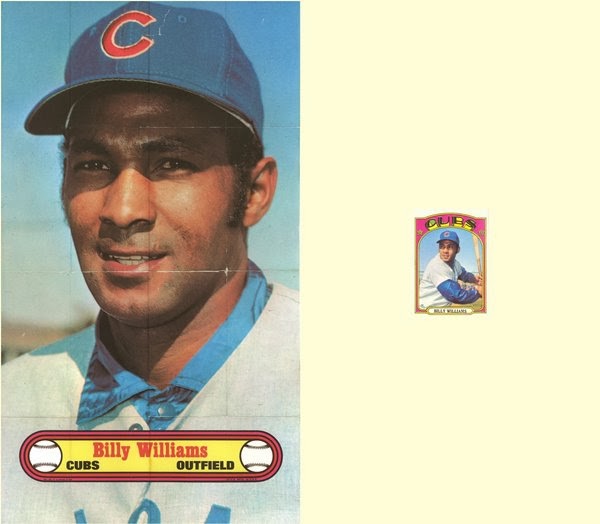 The posters were printed on very thin paper and had to be folded several times to fit in the pack, so it isn't easy to find one in mint condition.  Mine has some tape on the back to keep some of the creases from falling apart. But it looks pretty decent on the front, so all is good.

You can see that he's wearing a jacket in both pictures.  If I had to guess, I'd say they were both taken at spring training in 1971.

Billy is one of two Cubs in the set, with Fergie Jenkins being the other.  Two players from the same team in a 24-player set was unusual in that era.  Most Topps sets with 24 players had one player from each of the 24 teams.  Two Cubs means a team got skipped over.

Actually, six teams got skipped since there were also two Giants, Mets, Pirates, White Sox, and Twins.  The teams without a player in the set were three of the four of the recent expansion teams (Padres, Expos, and Brewers), the Astros, Rangers, and.....the Yankees!  How many of today's sets skip the Yankees?  None!