Just about a month ago, in this post I lamented my lack of success getting any of the 2013 Sega Card Gen Cubs cards.  To recap, one seller had almost the entire set listed card by card and at the last minute I was outsniped on all but one of the cards.

Two weeks ago, the same seller again listed a bunch of the cards.  Repeating the process, I set my sniper and watched as none of the cards had any bids going into the last day  Would this end the same way, with me being outsniped?

This time, I was the only bidder on the nine cards that he had that I needed.  I got each of them for 99¢.  The was a nice turn of events since because of my bidding on the last batch, the buyer that got them paid a whole lot more than 99¢.  That left me feeling a little guilty, but a whole lot richer...and my apologies to whoever I bid up...I hope that it wasn't one of the Cubs collectors that follow me.

I was able to add nine cards to my collection.  Along with these, I already had the Darwin Barney card and Nate Schieholtz from the earlier auction.  I'm now three cards short of the entire team set, still needing Anthony Rizzo, Jeff Samardzija, and Luis Valbuena.  Hopefully my Japanese supplier will list these three soon.

Here's a look at the nine I picked up... 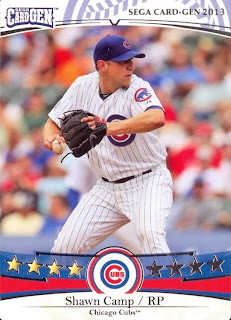 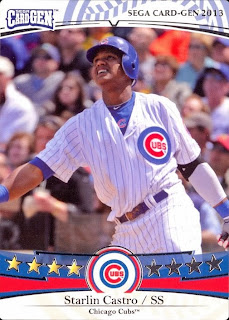 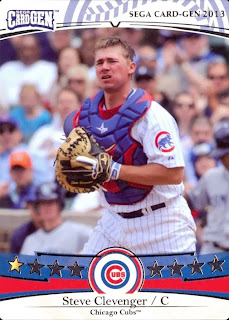 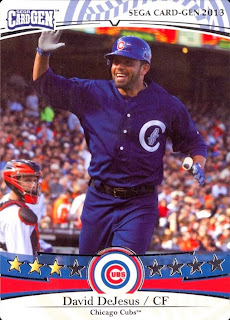 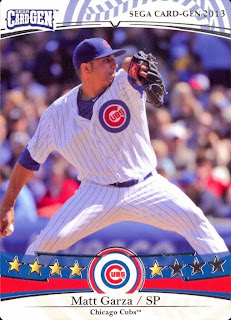 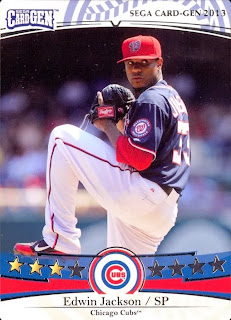 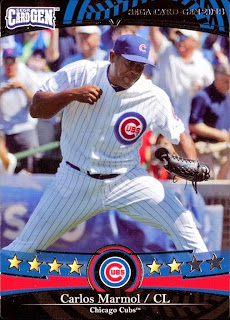 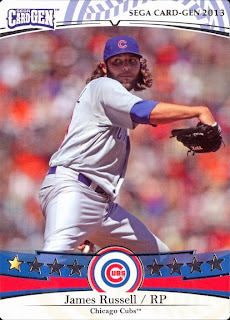 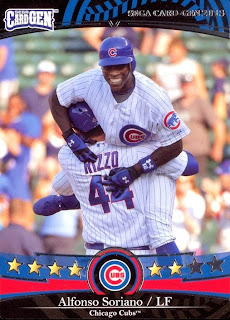 And how many of the nine are on the Cub's 40 man roster right now?

Three...Castro, Jackson, and Russell.
Posted by Wrigley Wax at 9:00 AM