Last week the Gold Glove winners were announced.  While he was a finalist, Darwin Barney did not repeat as the NL Gold Glove second baseman, losing out to Brandon Phillips.

His loss didn't keep me from adding something gold to my growing Barney collection.  Here's my most recent purchase...

...the golden version of his bobblehead.  The Cubs gave away 10,000 Barney bobbleheads on June 1.  I didn't attend the game (school was still in session), but I picked up the bobblehead a couple weeks after the game.

The Cubs did something kind of cool though.  In addition to the regular bobbleheads, 1,000 of the 10.000 were special gold versions.  In early June the golds were going for nearly $100.  That price is well out of the WW budget.

A couple weeks ago I saw a listing for one and it had a starting bid at a price the regular ones were going for.  I ended up being the only bidder and got it at a great price.

Take a look at Goldbarney 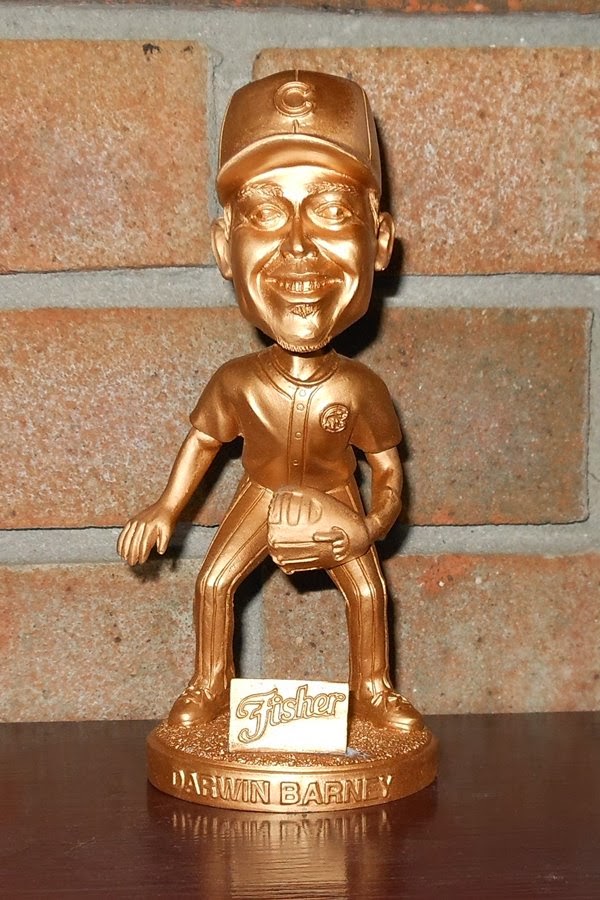 The one concern I had about buying this was that I might get scammed....someone takes a regular one and a can of gold spray paint and doubles their money.  But the bottom base of the doll has the manufacturer's information stamped on, so I'm good.

And here are the two side by side.. 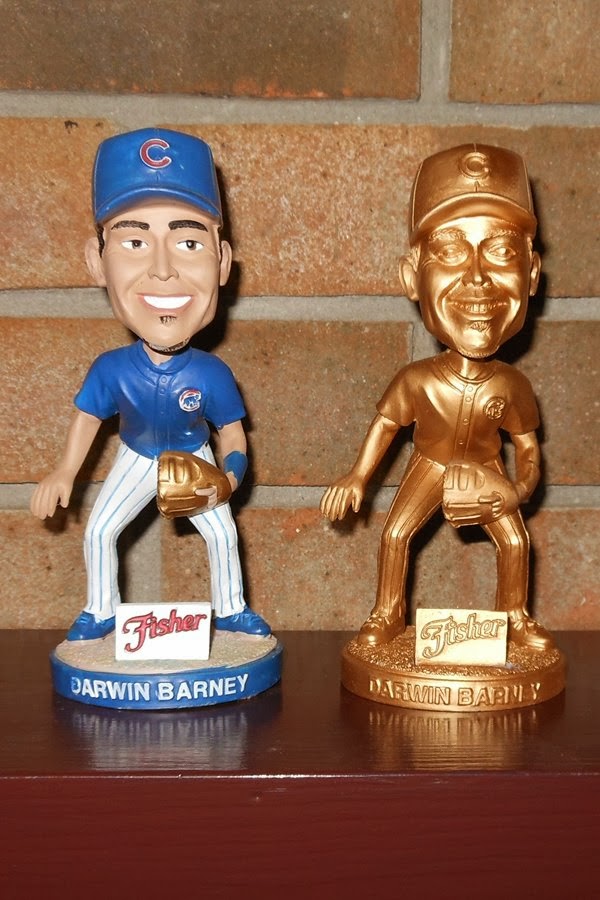