The Cubs got off to a slow start in series one with only seven cards.  Things picked up in series two as 12 Cubs cards were on the checklist.  And then with Update the number of Cubs went up again, this time to fourteen.  That leaves us with a Topps 2013 Cubs total of 33 cards.  That's one more than last year. 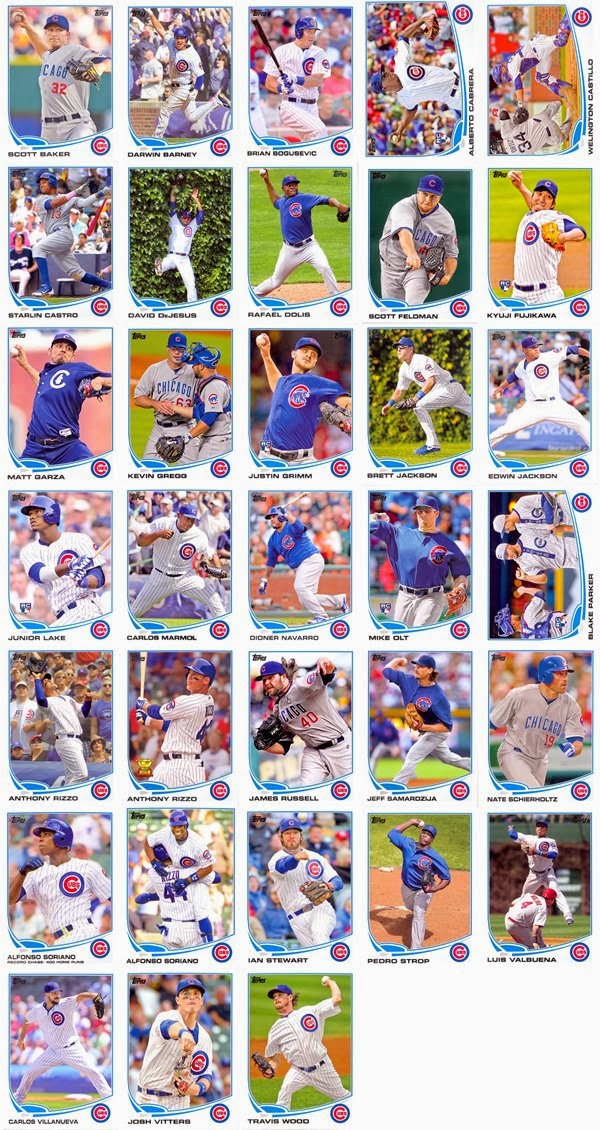 One big oddity I don't think I've seen before...there were four players with cards that didn't play a single inning of the 2013 season for the Cubs...Brett Jackson, Mike Olt, Ian Stewart, and Josh Vitters.  In past years a player or two may not have played due to injury or trade, but four seems like a pretty high number.  And all of the four didn't see Chicago not because of a trade, but because the were just lousy players....the all spent the season in AAA.

As far as the inserts go, the Cubs were pretty sparse, especially if your name wasn't Anthony Rizzo. 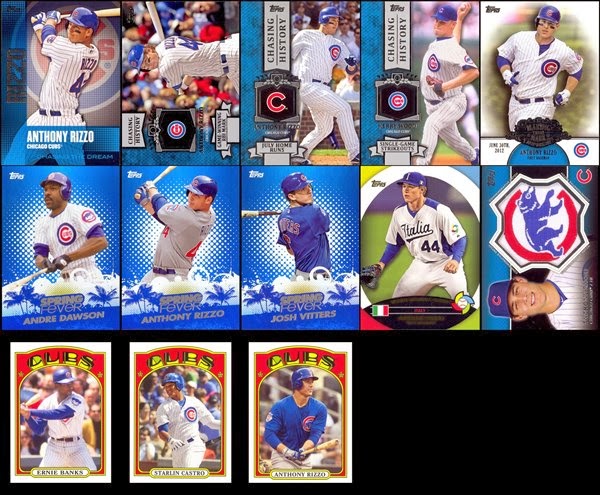 There are only 13 Cubs, and eight of those featured Rizzo.  With his numbers down this season, who will Topps overuse next season?