Each year from 1981 - 1985, Topps and Drakes worked together to put out a set of baseball cards.  The cards were given away inside boxes of Drakes products.

The partnership ended after the 1985 season, but Drakes continued to issue baseball cards for another three years.  These sets were designed by MSA, a company that had been putting out various local sets for years.  Most MSA sets lacked an MLB license and the accompanying logos, but not the Drakes. They had complete photos and team logos.

The biggest difference between the Topps and MSA cards is that the MSA cards were a part of the box, not stand-alone cards.  Just like the Hostess cards, these had to be cut off of the box.

The backs of most Topps/Drakes cards were the same as the Topps back for that particular year.  This would have to change with the shift to MSA, but the backs didn't change too much.

Look at what Drakes did... 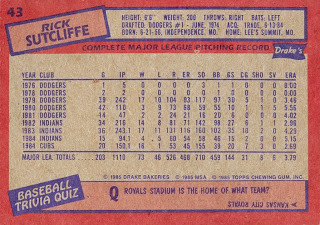 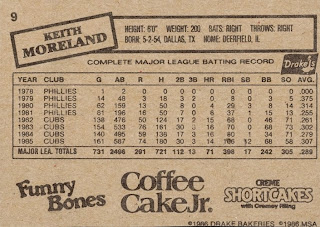 ...they basically used the 1985 Topps back template, but did it in black and white. They also replaced the quiz with a Drakes ad.  They used the same template for the three years of MSA cards.  I wonder it Topps was aware that their design was lifted?

As far as the Cubs were concerned, each of the three years saw two Cubs each... 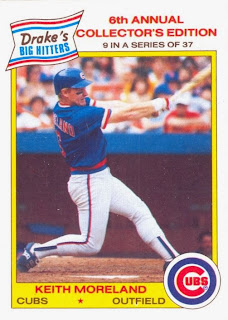 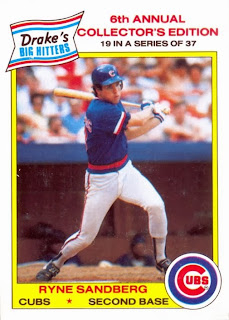 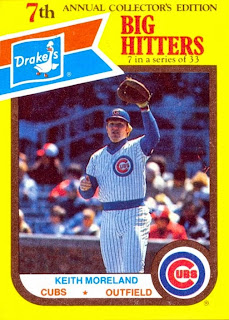 ....and in 1987 it was the same two.  The Sandberg card, however, has been a real bugger to track down. The hunt for it is on-going.  It looks like Drakes expanded the photo budget, because for the first time their cards feature pictures taken at Wrigley Field. 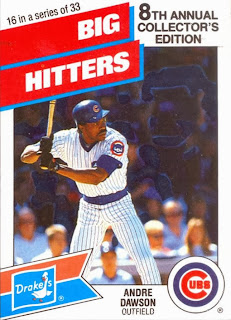 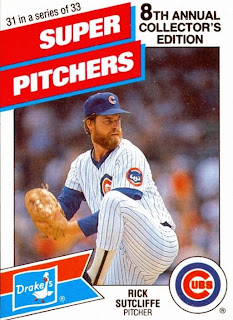