I started working on putting together the '61 - '63 Post Cubs sets back in early September.  By the end of the month I had one year wrapped up and needed just one card from each of the other two.  But those last two were not easy.  I picked up the final '61 card a couple weeks ago.  And last week I finally got the last of the '62s.

The 1962 Post Cubs set was made up of ten players.  It's got the big names, like Banks, Santo, and Ashburn.  Future Cubs skipper Don Zimmer made the checklist.  My pal from Des Plaines, Ed Bouchee, was included, too.  And then there were the lesser knowns, guys like Jerry Kindall, Andre Rogers, and Sam Taylor.

The card that gave me fits was one of the lesser knowns--catcher Sam Taylor.  I'm assuming his card was short-printed, since it was so tough to find and more expensive that Ernie Banks' card.  It kills me to have to pay more for a guy like Sam Taylor compared to Mr. Cub, but it was either pay the price or have a hole in the collection.  I ponied up to fill the hole.

There is also a Post Canadian version of most cards.  They're kinda easy to spot... 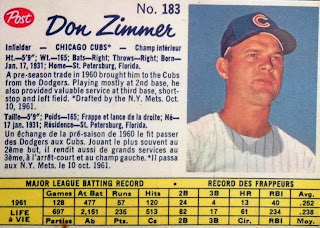 A Jello version of most cards was made too, and they too are simple to differentiate from the Post... 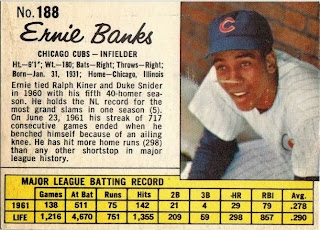 ...the Jello cards have no logo, while the Post cards say Post. The colors and design on the Jello cards are different, too....nice and easy to tell the two apart.

With all this education out of the way, let's take a look at the cards! 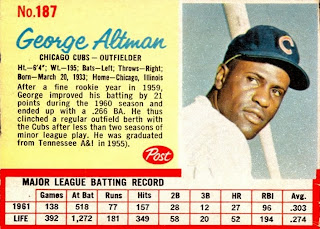 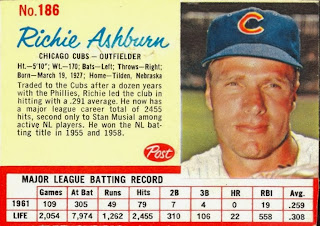 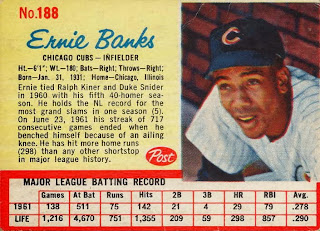 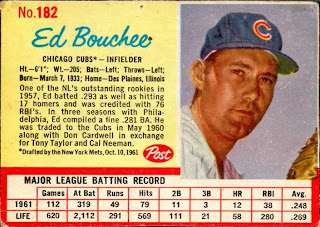 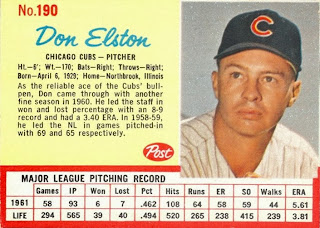 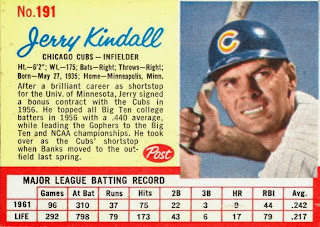 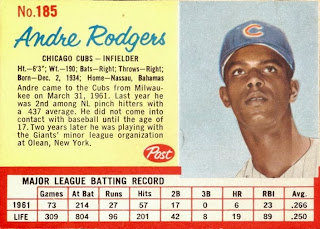 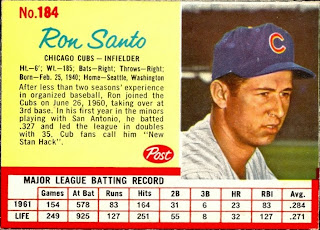 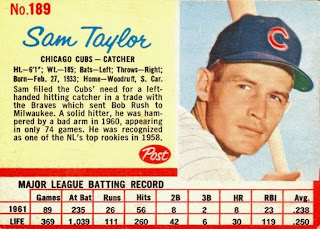 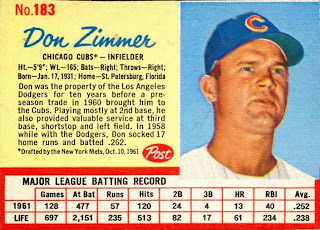