The lousy 2013 Cubs season can be erased from our memories as we now look ahead to the 2014 season.  To help with that the Cubs have released a preliminary schedule 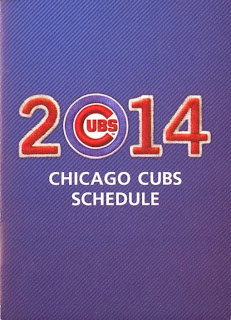 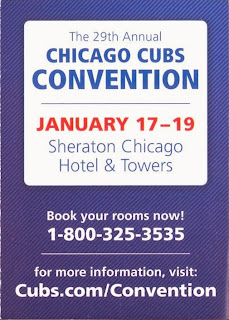 By the looks of the design, the Cubs are planning to do some dealing over the winter.  The previous two early schedules featured the up and coming stars of the team, 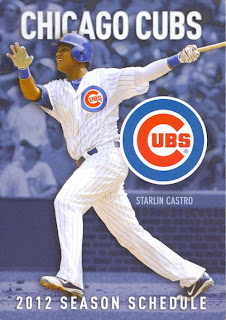 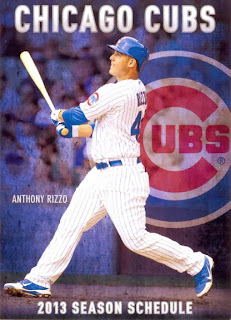 Starlin Castro and Anthony Rizzo.  But for 2014, its just some embroidery on the front and a convention ad on the back.  Even worse, they didn't even use numbers that match the Cubs uniform numbers.

As far as the actual schedule, it's a bare-bones schedule.

]All we know at this point are the dates and opponents.  Game times, promotions, and ticket prices are all announced in a few months.
Posted by Wrigley Wax at 9:00 AM