A Super Generous Student...And He Didn't Even Know It

As a teacher, I have the opportunity to brainwash educate my students on the awesomeness of the Chicago Cubs.  Unfortunately my efforts seem to fall on deaf ears.  But at least they know a little about the Cubs and a lot about my passion for the team.  That comes in handy at gift giving time!

My birthday was last week and a couple of my students gave me some Cubbie trinkets.  From one I got a Cubs pen.  Another gave me a Cubs keychain.  In both cases, the kids were at a store and saw the item and told their parents they should get it for me.  The generous parents went ahead and spend a couple bucks...very nice.

A third student gave me a gift that he said he found at a rummage sale... 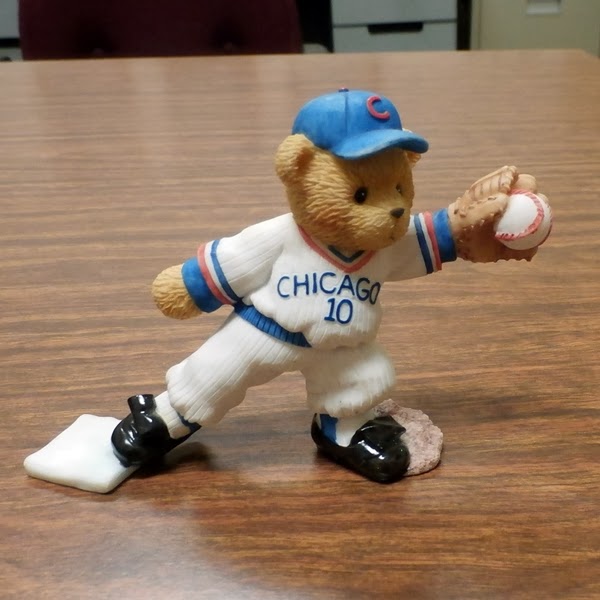 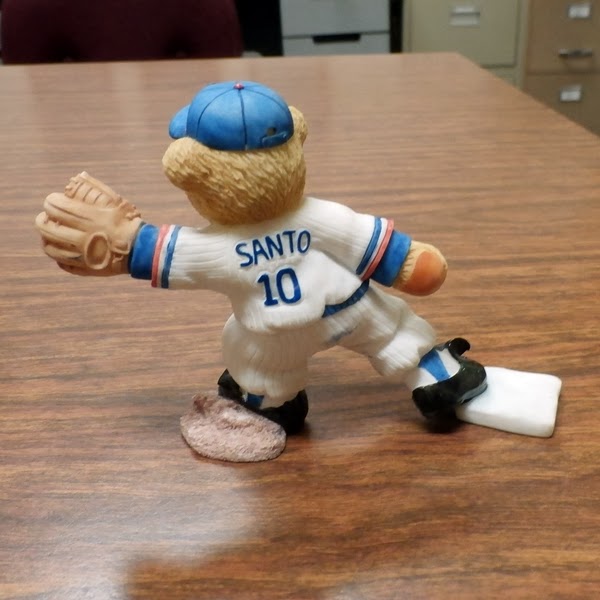 ...this teddy bear figurine in a Ron Santo uniform.  It's pretty detailed for a teddy bear.  They've got the 1972 road uniform pretty close to the original, including the centered number on the front (though the number should have been red, not blue).

I put on my detective hat to figure out the story behind the figurine.  There was a pretty significant clue on the bottom of a foot... 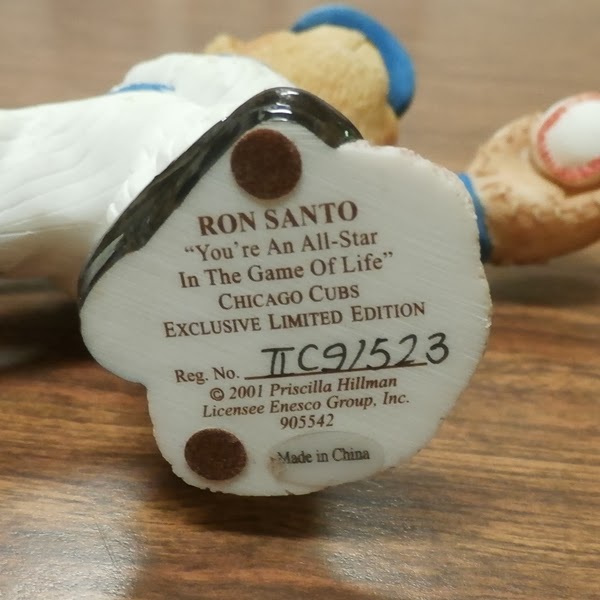 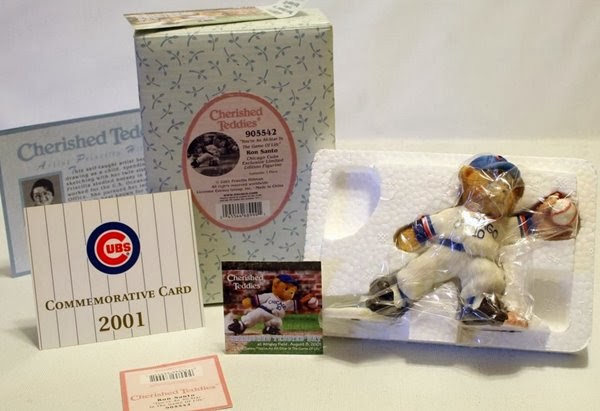 This is a picture I snagged from Ebay that shows the box and other goodies that came with the figurine.

I think my student paid a buck for mine.  Lucky for him and for me that there isn't much of a market for Cubs collectibles in southwest Michigan,

My detective work turned up a couple other versions of these and I'll have that tomorrow
Posted by Wrigley Wax at 9:00 AM