The real opening day is still five days away, but I've got Topps Opening Day cards to show today.  The 220-card set of Opening Day was released last week and six Cubs were included on the checklist.  Having six cards is a big improvement over last year (four Cubs) and 2012 (only three Cubs).  I hope that means the team is improving, too.

As usual, the Opening Day cards have the same design as the base set, minus the foil printing.  Some times the picture on the card in Opening Day is different than the one in series one, but for the five Cubs that are in both sets, the pictures are the same. 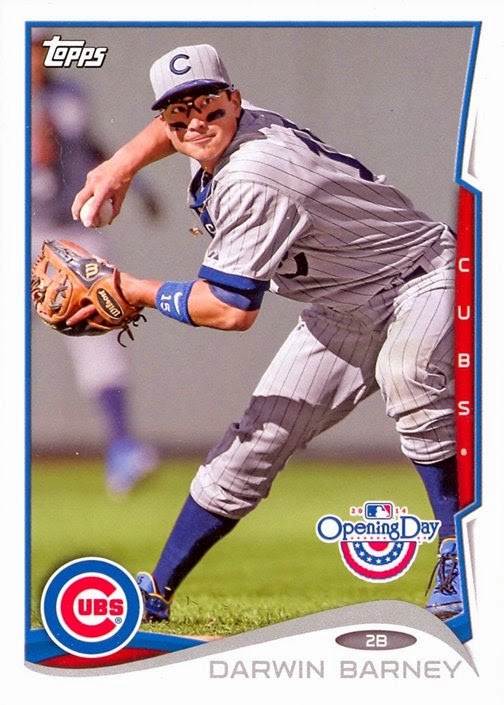 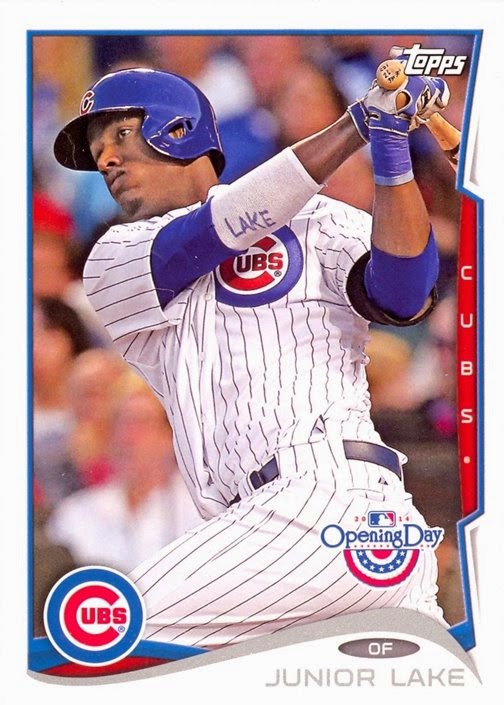 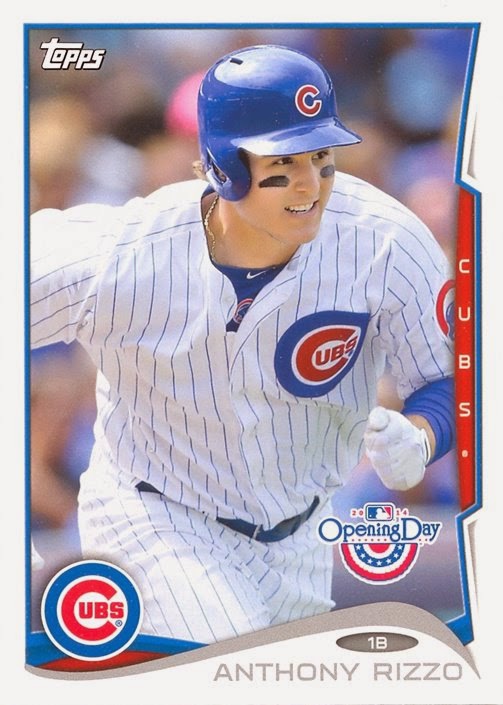 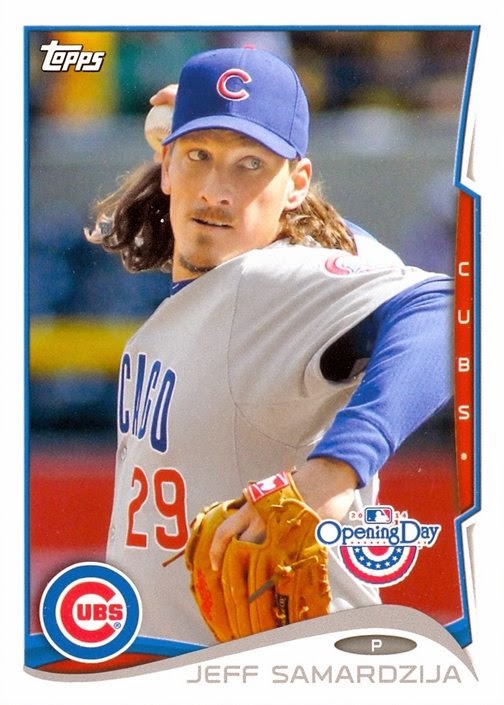 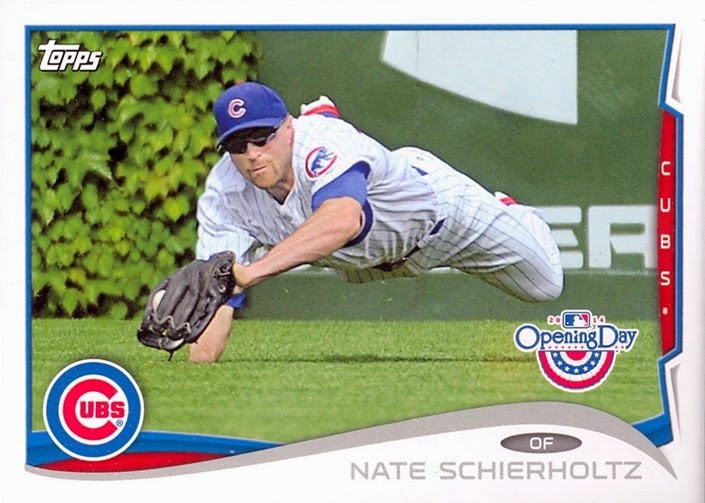 There was one Cub in Opening Day not on the Series One checklist... 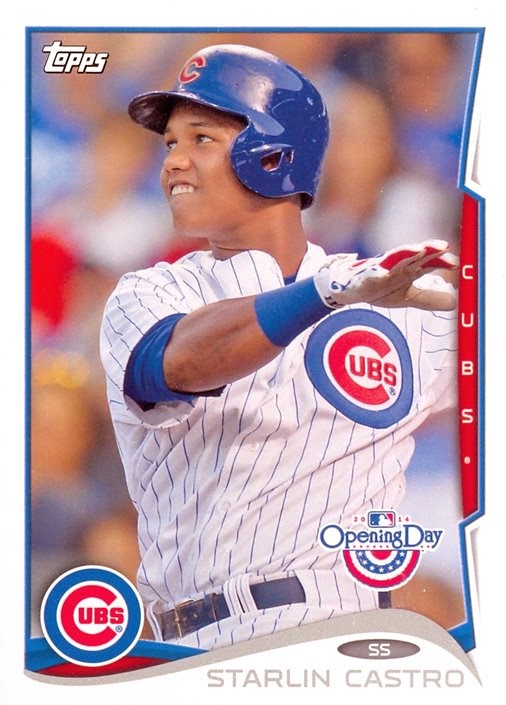 ...Starlin Castro.  Thanks to Opening Day, we know what to expect for Castro in Series Two.

There were several insert sets with Opening Day (Between Innings, Breaking Out, Fired Up, Mascots, Opening Day Stars, and Superstar Celebrations). The Cubs were 0-5 on those checklists.  The autograph and relics sets included a card with an autograph of Junior Lake.  Since I've already got an autograph card of Lake, I passed on the OD auto.

This is the 16th time over the past 17 years that Topps has released Opening Day.  I continue to ask, why?  Topps says that the set is for younger collectors...a lower price and smaller set make it one of the easier sets to put together.  I'd rather see Topps ditch the foil on the flagship set and lower its price.  Make the flagship more affordable and you'd get more kids than with Opening Day.