One of the insert sets in the 2014 Donruss set is called "Breakout Hitters."  Anthony Rizzo was one of the 35 hitters on the checklist. 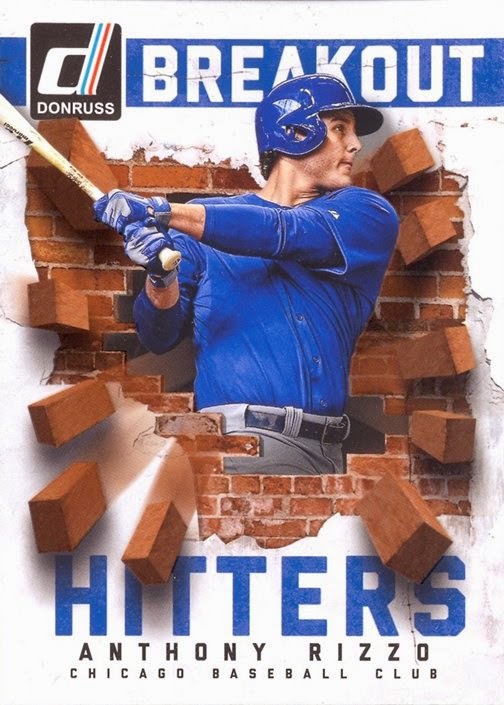 We see the logoless Rizzo blasting his way through a brick wall.  I guess its kinda interesting looking.  Since this is a Cub, a little ivy around the edges would have been a cool addition.

The back of the card mentions that while Rizzo hit only .233 last season, he was sixth in the league in walks and fifth in doubles and extra-base hits.

Personally, I don't consider a .233 hitter to be a breakout hitter.  With an average that low, you're not breaking out of brick walls, you're barely breaking through paper.

This season needs to be a breakout season for Rizzo.  He needs to cut down on the strikeouts and get the average up at least 50 points.

I hope he can do both.

Oh, and if I can make a suggestion to Donruss about a card's design, I should be able to do something about it. 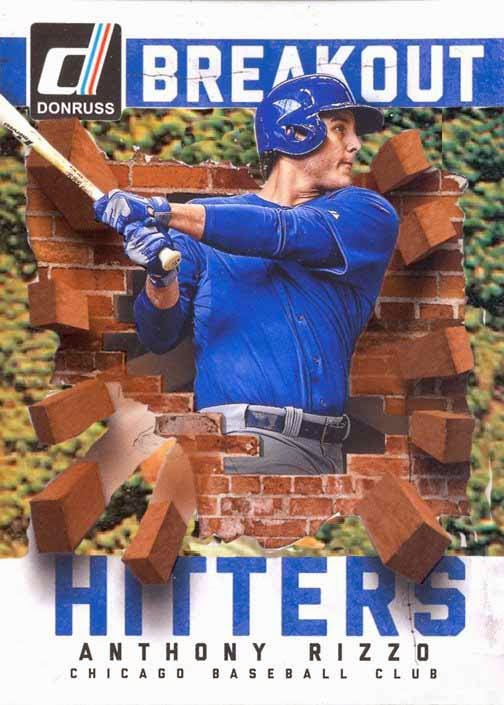 Rizzo blasting out of the ivy-covered walls of Wrigley.

And to keep this in the Donruss family, I  borrowed the ivy from Donruss 1981, their first set. 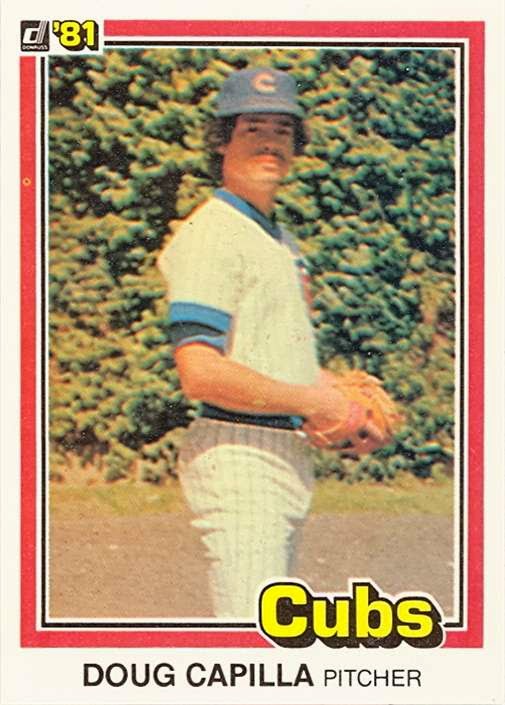 Thanks for the ivy, Doug Capilla
Posted by Wrigley Wax at 7:00 AM