Heritage is released each March and its a big deal.  You can read about it on almost every baseball card blog.

Opening Day comes out a couple weeks later and the reaction to it isn't quite the same as what Heritage gets, but there is some reaction.

Topps Stickers comes out about the same time and it creates barely a ripple. Topps brought Stickers back in 2011 and each year since they've put out a set.  The set's been out a couple weeks and a checklist has still not made it to Baseballcardpedia.

As in the past, there are nine players from each team.  The nine fit on pages for each team.  I always get the stickers but skip the album page. 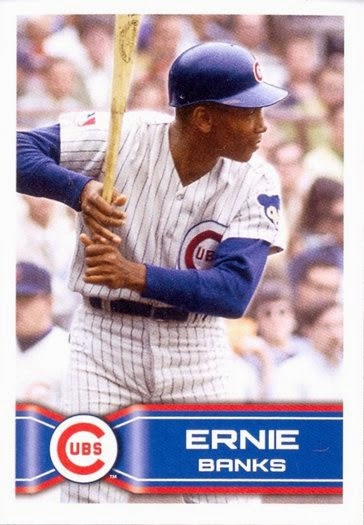 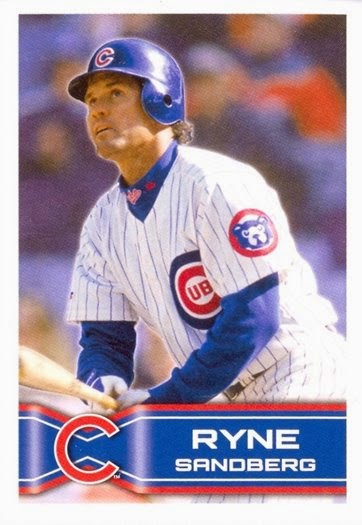 Two Cubs of the past are among the nine, and Topps used their usual two, Ernie Banks and Ryne Sandberg.  The old Cubs logo on Banks' card is nice.  The one on Sandberg's is lame...the logo used in 1984 is the same as the one they use today...and the one used on the stickers for today's players.

The other seven players didn't bring any surprises. 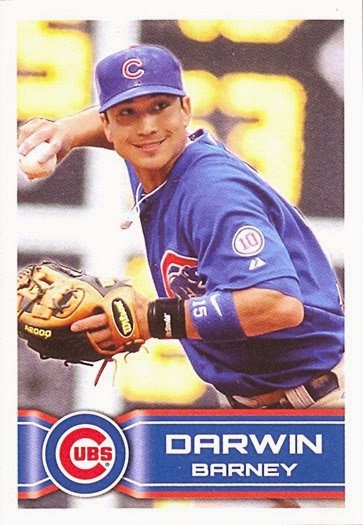 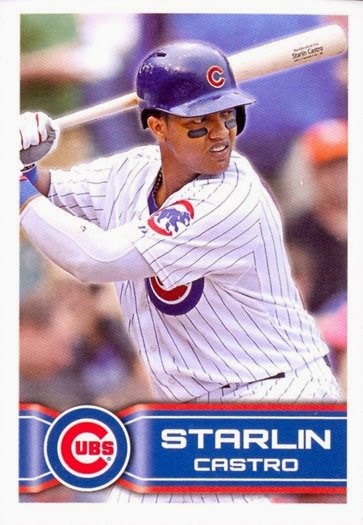 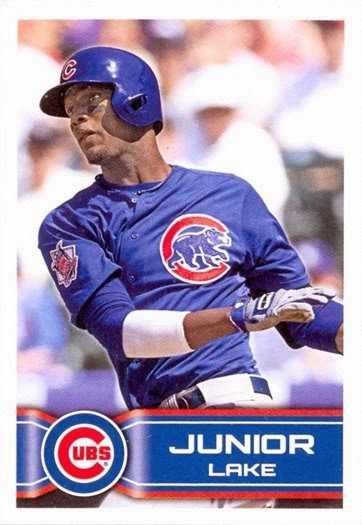 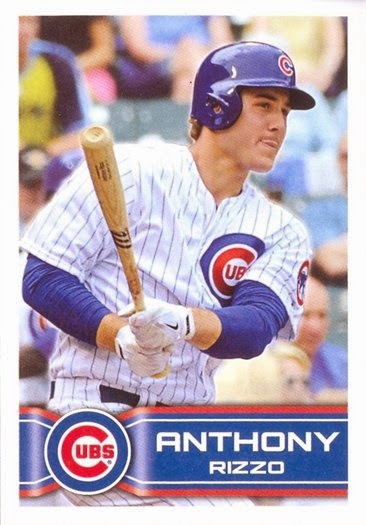 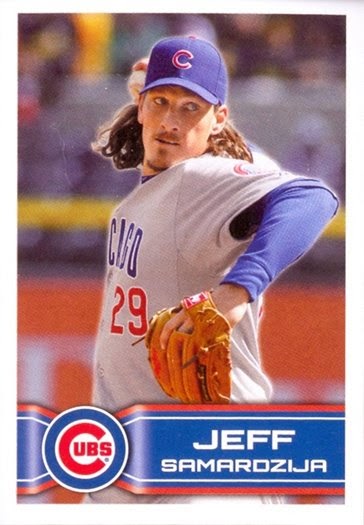 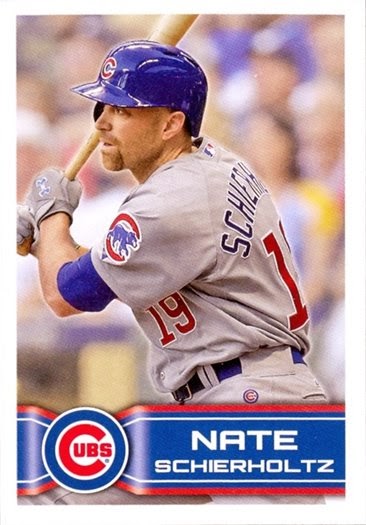 Five of the seven players have cards in Series One (all but Castro and Wood).  Like I said, no surprises here.