Last week I wrote a post on Topps tribute insult to Billy Williams by using the same picture on both the 2013 and 2014 Tribute cards.

Today, we go from an insult to downright insanity.

Billy Williams played over 50 years ago.  The stock of good color photos of him from his playing days might be a little thin.  So I get that Topps may have to use a picture more than once.

Ryne Sandberg played in the 1980s and 1990s. There should be a boatload of color pictures of him available.  I guess Topps is not privy to the Sandberg stash. 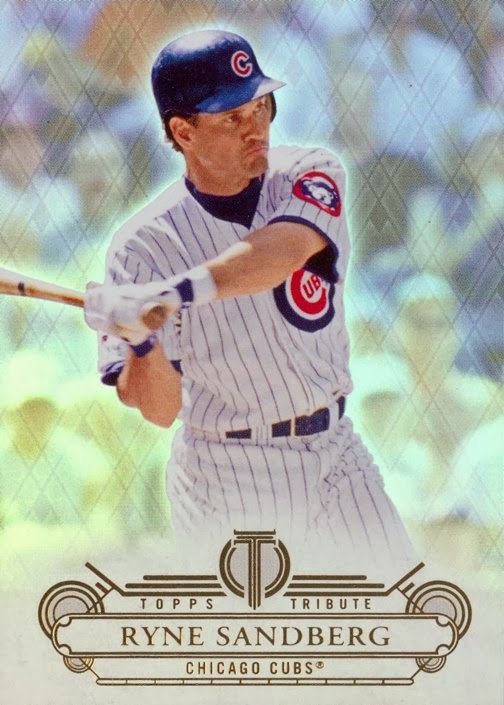 This is his card from 2014 Tribute.  It's got a shot from either 1994 or 1996 (the years that Sandberg was active and the Cubs wore that version of the Cubbie on the sleeve).  So far so good. 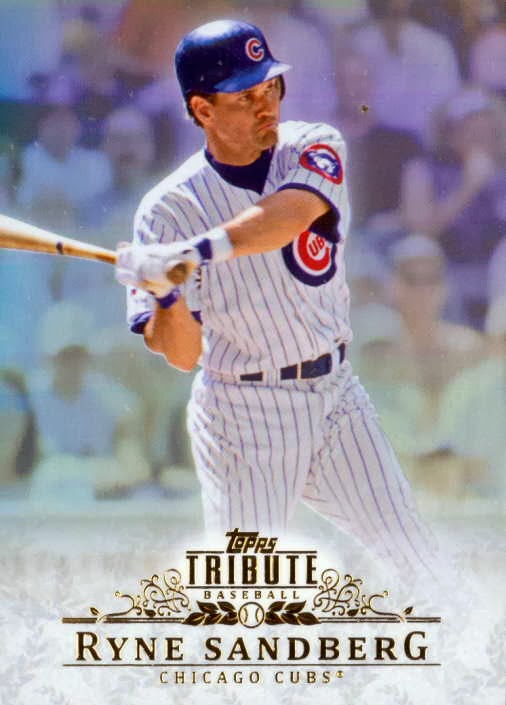 This is the 2013 Tribute card.  Not so good anymore, since its the same picture.  But wait, there's more. 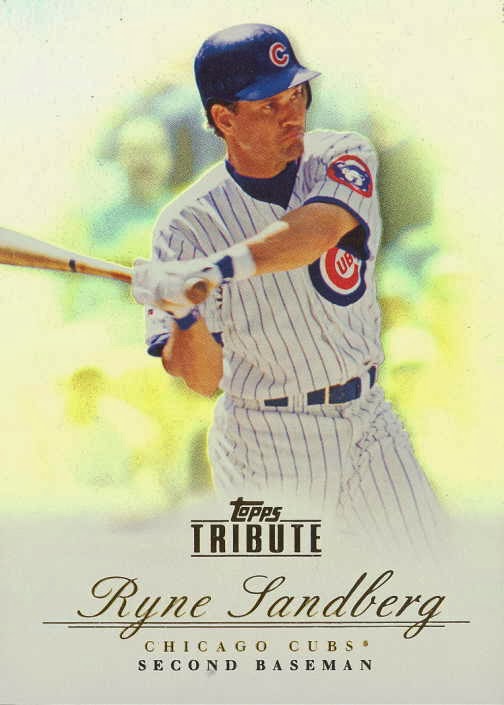 How about 2012 Tribute, with the same picture!

All three, side by side.

There is absolutely no reason for Topps to be using the same picture three years in a row.  It's utter insanity.

I don't know what else to say.