Topps Missed the Chance for an Awesome SP Variation

The 2014 Heritage checklist includes several managers, just like the 1965 Topps set.  But I think that Topps missed out on an awesome opportunity for a SP variation card of the Cubs manager.

Though many managers are in the set, Cubs manager Rick Renteria is not.  He was hired by the Cubs on November 7.  Maybe that was too late for him to make it into the Heritage set.

Not wanting Renteria to feel slighted, I've gone ahead and made a card for him.  I'm not super-thrilled with the picture, but there aren't many of him as a Cub out there yet.  He almost always is wearing a blue pullover top, so pictures of him in the regular Cubs jersey are even more difficult to find. 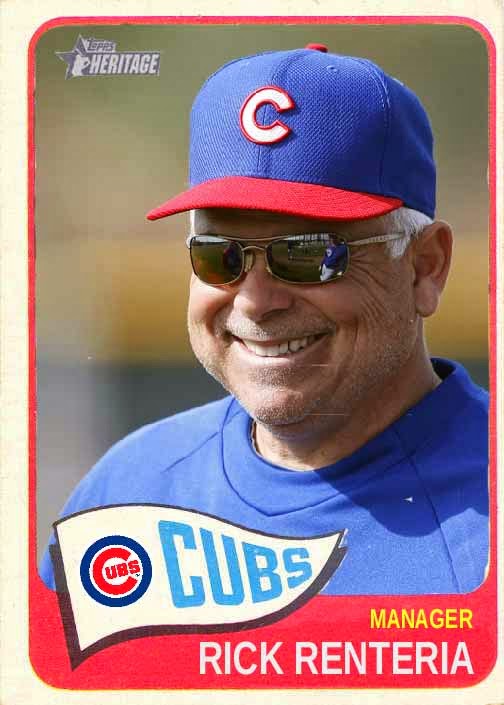 Here's what I've come up with...good enough for now.

But let's move on to my idea for a Short Print variation card.   First, take a look at the Cubs manager card in the 1965 set... 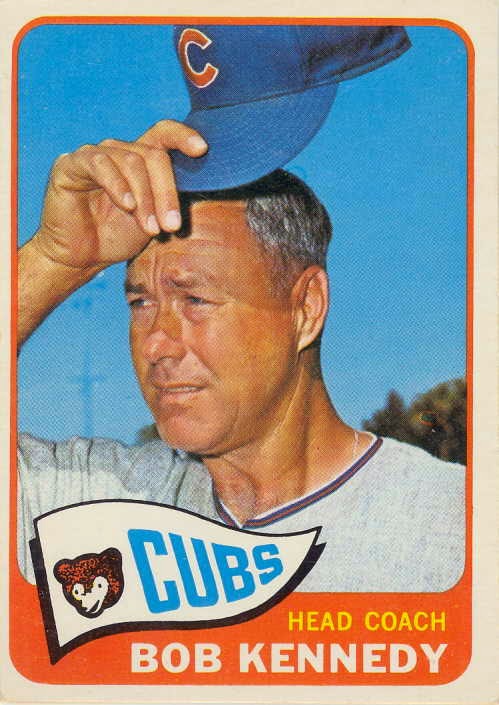 Remember, this is during the College of Coaches era, though by 1965 Bob Kennedy was for all practical purposes the manager.  Notice how the card has him listed as the head coach, not the manager.

That's what Topps could have done, and what I did, on Renteria's card 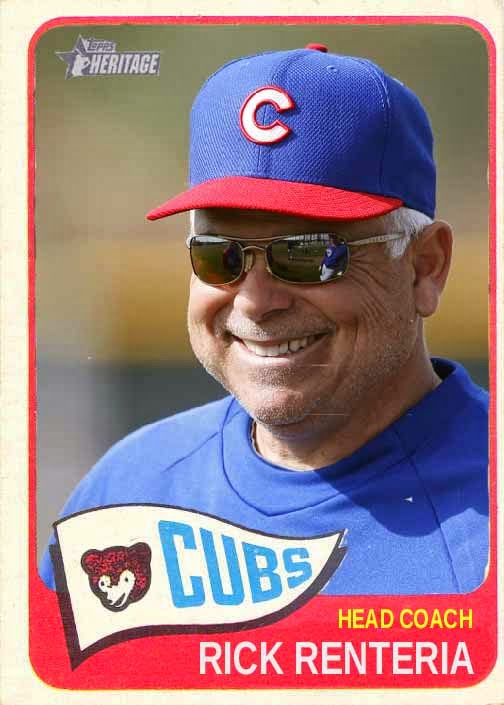 Renteria is no longer the manager, he's the head coach.  I also went with a logo variation, too.  I think that this card is a real throwback to 1965.  Isn't that what Heritage is supposed to do?
Posted by Wrigley Wax at 7:00 AM