So Panini brings back another name from the past.  Two years ago they resurrected Triple Play.  Now its the Donruss name that has returned. 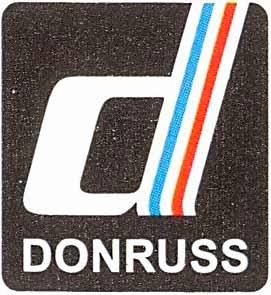 Donruss hasn't been seen since 2005, when it lost it's MLB license.  Panini got the name when they bought Playoff-Donruss in 2009.  I'm actually surprised that it took so long for the brand to return.  I really thought Panini would have used it sooner since it is such a recognizable name.

Though lacking an MLB license, Panini does have a license with the players association, giving up current players with no logos.

The Cubs were given three slots in the base set, right on average. 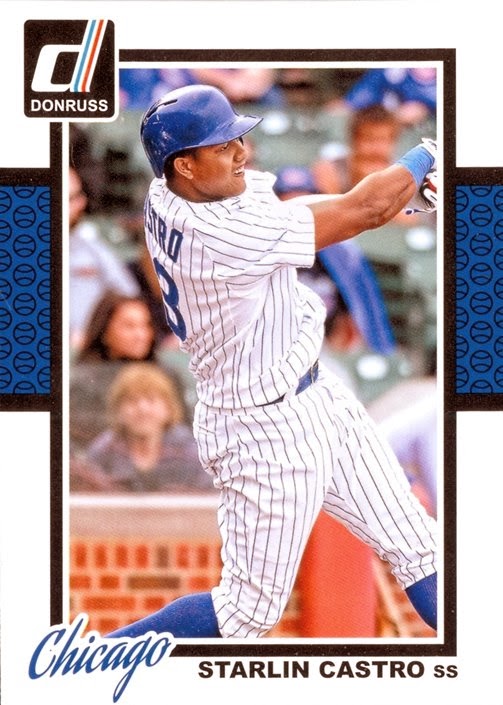 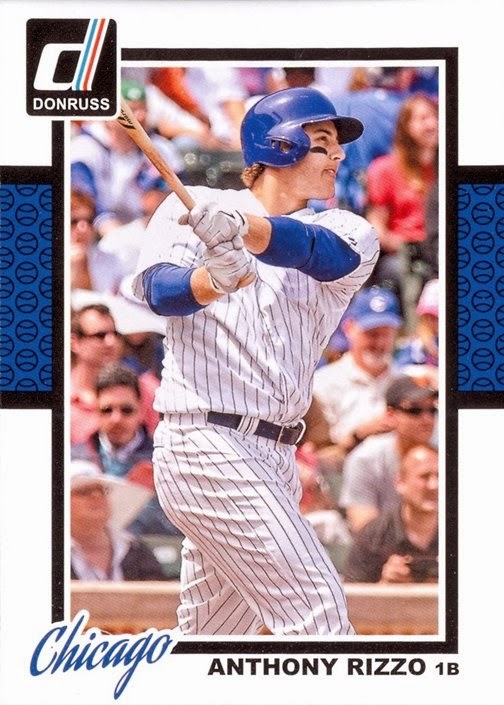 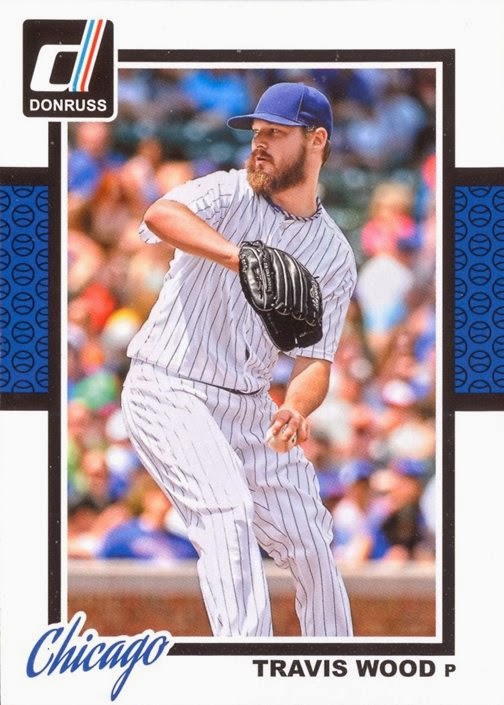 Castro and Rizzo are no-brainers to include.  Wood was the only Cubs All Star last season, so his inclusion makes sense, too.

The design has a retro look to it.  There is no foil or anything shiny.  The city font on the card is similar to Topps' 1978 cards.  I might actually like these if not for the lack of logos. 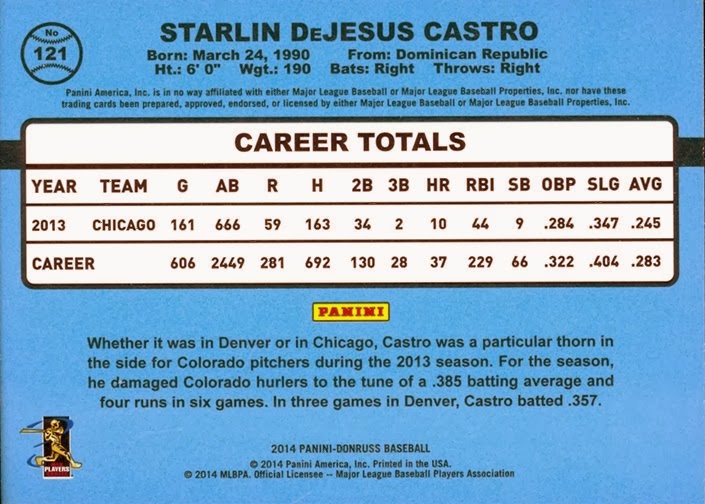 The back of the cards has the traditional look that Donruss used throughout the 1980s and early 90s.  That's a nice touch.

Overall, I'd say the the Donruss set was worth the buck 29 that I paid, and that's about it.
Posted by Wrigley Wax at 7:00 AM