I was able to pick up two more scorecards at reasonable prices, especially since were 63 and 59 years old.  Usually cards this old are only listed as BINs, and the prices are pretty high. But a seller listed several Cubs scorecards from the 50s in an auction with a starting price of $9.99.  That's more reasonable for me.

There were some bids on them and I paid more than the starting price, but I also stayed below any BIN price, and the seller shipped them for free, too.  I was very happy to add 1951 and 1955 to my collection. 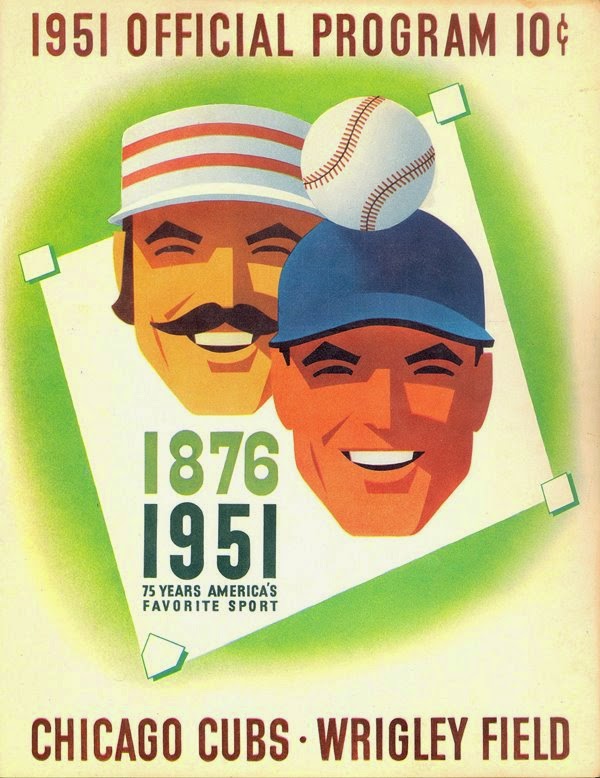 The 1951 scorecard celebrates the 75th anniversary of both the National League and the Cubs.  The 1951 Cubs were not in any mood to celebrate as they finished in last place with a 62-92 record.  My card is from a game against the Dodgers on July 24, 1951.  The Dodger lineup included Pee Wee Reese, Duke Snider, Jackie Robinson, Gil Hodges, and Roy Campanella.  The only notable thing for the Cubs  is that the Rifleman Chuck Connors was the starting first baseman.  The Dodgers beat the Cubs 6-3 in front of crowd of 22, 254.

A box seat to the game would have cost your two bucks, while the unreserved grandstand seats were $1.25.  Want to sit in the bleachers?  You'd need all of 60 cents. 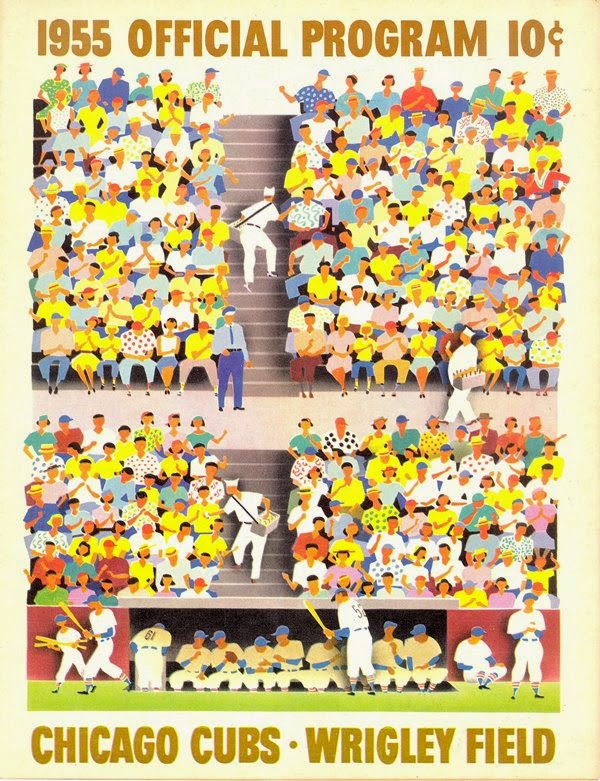 The second card is the 1955 version.  Look at all the people in the stands.  The 1955 Cubs drew just over 800,000 fans for the season, so I doubt that there were too many games that featured a packed grandstand.

My card is from game 2 of a doubleheader on May 18.  The Cubs swept the Phillies, and in game two it was a 7-5 win.  Only 9,329 fans made it to the Wednesday twibill.  I wonder how many scorecards were sold that day and how many besides mine still survive.  An odd thing about the doubleheader is that it was the only day the Phillies were in town.  They came in for just the one day and left as the Cubs played the Braves the next day.  You sure don't see a one day series any more.

Inflation had hit the high rollers, who now had to fork over $2.50 for their box seat.  But everyday Joe could still get his grandstand ticket for $1.25 or the bleacher seat for $0.60.

My collection now stands at 64 cards, which makes for a nice 8x8 tile. 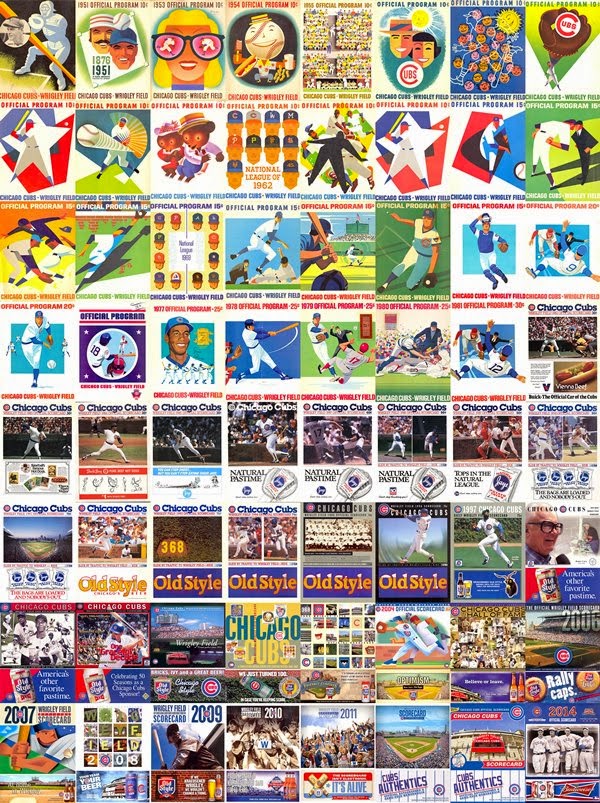