The Cubs managed to land five prospects on the 110 player checklist.  The most prominent of Kris Bryant.  He's been really good since being drafted by the Cubs in the first round last year.  In fact, his presence in the set boosted the price of a Cubs team set a bit.

Each card comes with a regular and chrome version.  The regular is on the left, the chrome on the right. 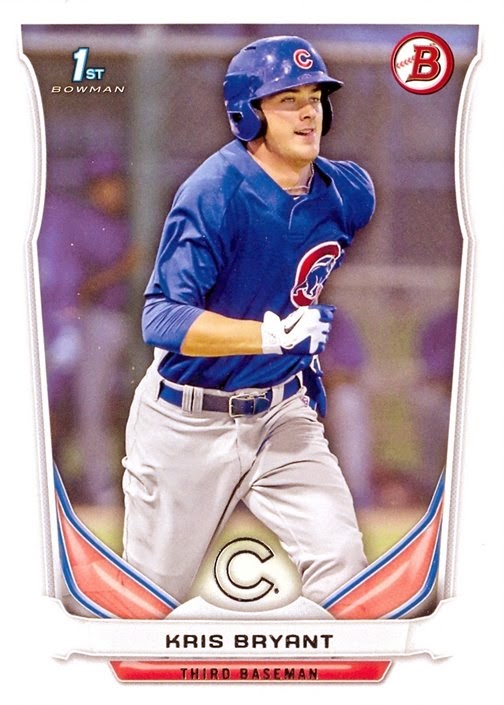 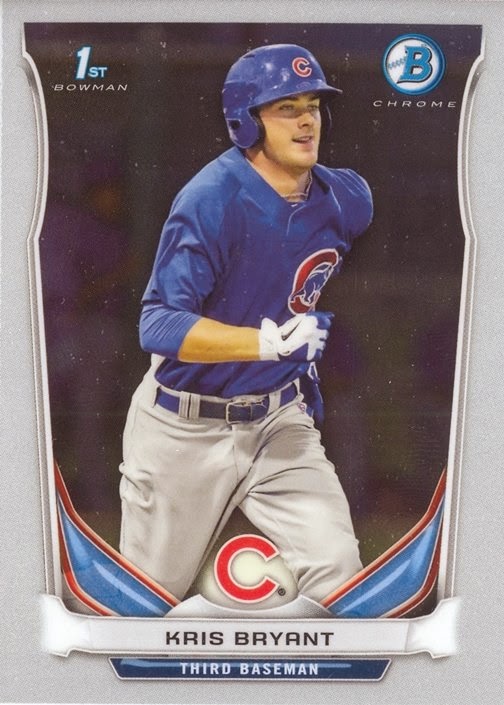 I have the cards in alphabetical order so Kris Bryant is first.  He'd also be first if I listed them by potential.  The Cubs took Bryant with the second overall pick in the 2013 draft.  He is in AA Tennessee on the fast track to Wrigley Field.  So far this year he's done pretty well.  His average is .331 in 36 games and he's already hit 10 homers and knocked in 29 runs.  I wouldn't be surprised to see him at Wrigley Field some time this season. 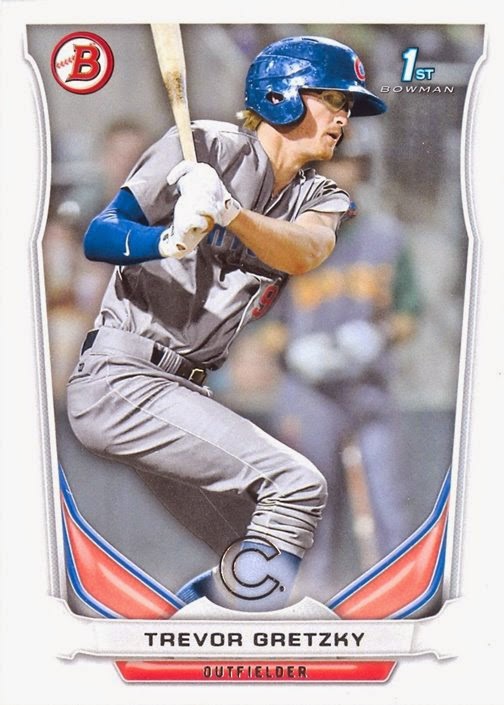 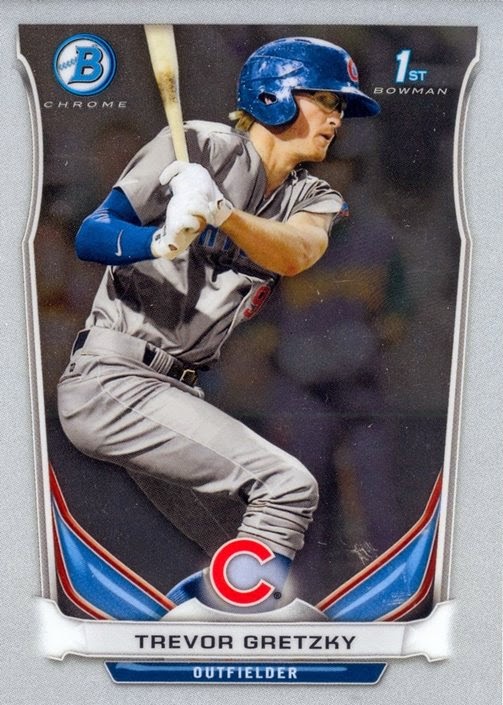 This is The Great One, Jr.  Except he's not really that great.  The Cubs took him in the 7th round of the 2012 draft and he started his slow climb up the chain.  He did OK in rookie ball, hitting .304, but since then he's been a .250 hitter.  In March of this year, the Cubs traded Gretzky to the Angels for Matt Scioscia, the son of Angels manager Mike Scioscia.  It was a big name trade, except the big names were the players' dads. 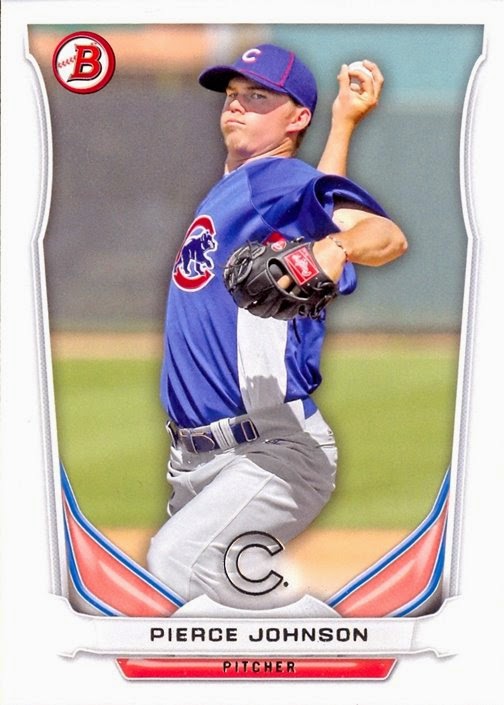 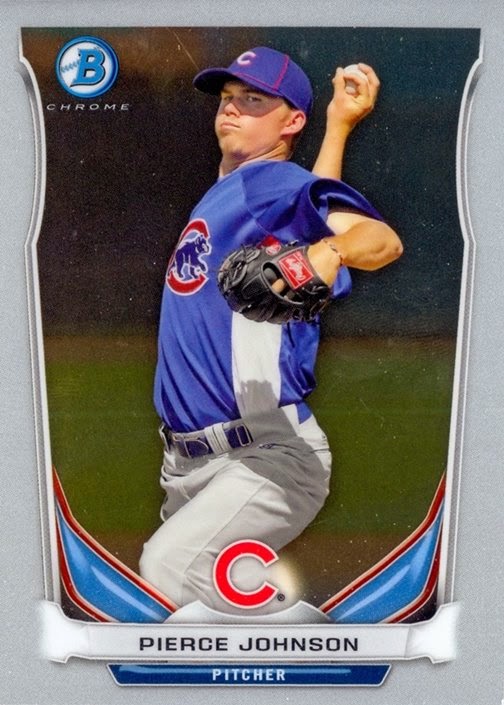 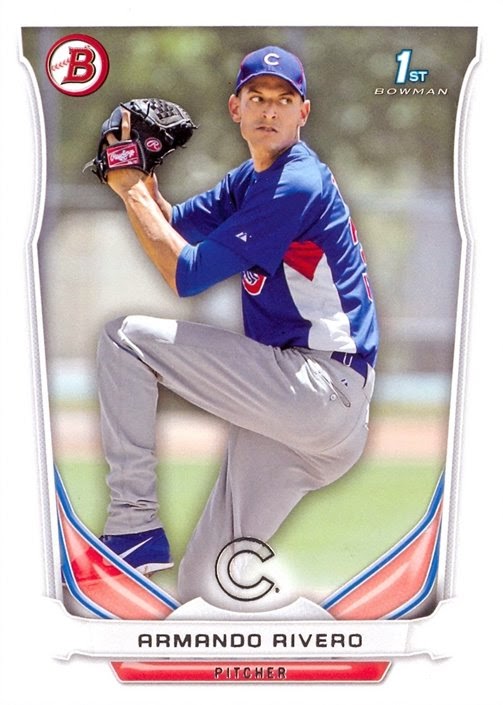 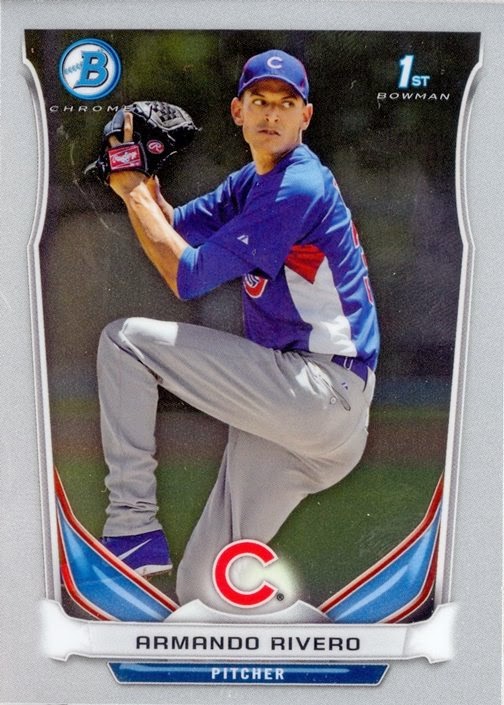 The Cubs signed the Cuban Rivero as a free agent last spring.  He's already 25, so the clock is ticking for him.  He's with AA Tennesse right now, working out of the bullpen.  In 13 appearances, he's got a 1-0 record with 27 Ks and 8 walks over 18.2 innings.  He's also picked up seven saves.  The Cubs future closer? 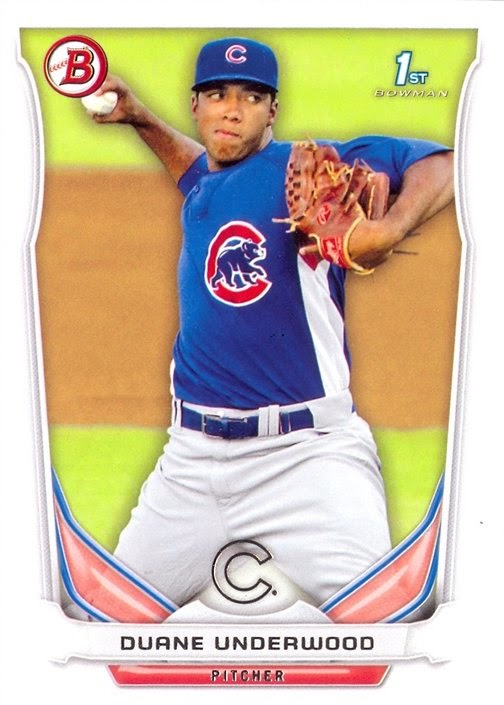 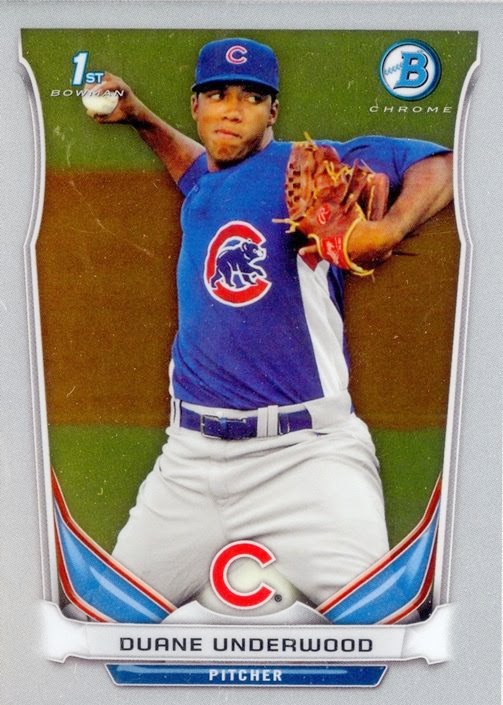 Underwood is the youngest of the five prospects, only 19 (turning 20 in July). The Cubs picked him in the second round of the 2012 draft.  He is with Low A Kane County right now, a starter in their rotation.  In five starts,  he's yet to have a decision, but his ERA is only 2.91.  He'll fit right in with Jeff Samardzija.