2014 Bowman has been out for a couple weeks now and I've got my Cubs set in hand.  The parameters of the set have been the same for several years -- 220 base cards, 110 prospects and the prospects have both regular and chrome cards.

Since I am not a prospector, Bowman has never really excited me. But then again, where else but Bowman can you get cards of players that you never heard of and probably never will.

For the third year in a row, the cards have white borders.  This comes after a nearly 15 year run that saw black as a primary Bowman color.  It also looks like the pictures were doctored a bit to make them look more 3D-like.  It seems as if a border was added around each of the players.

The Cubs snagged three spots on the 220 card base set and five more among the 110 prospects. 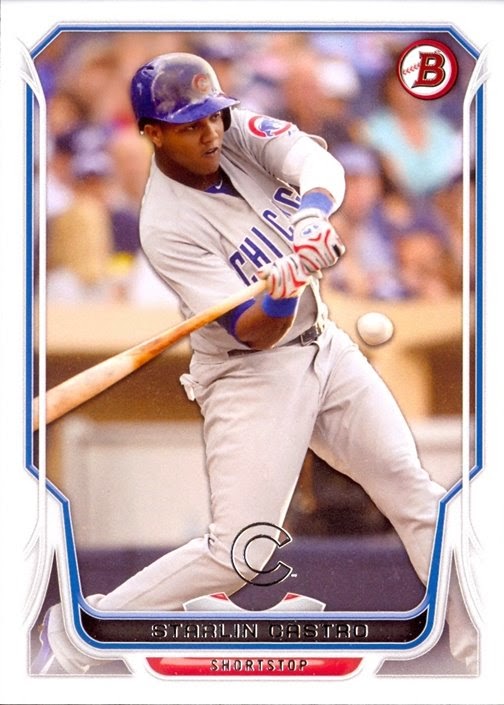 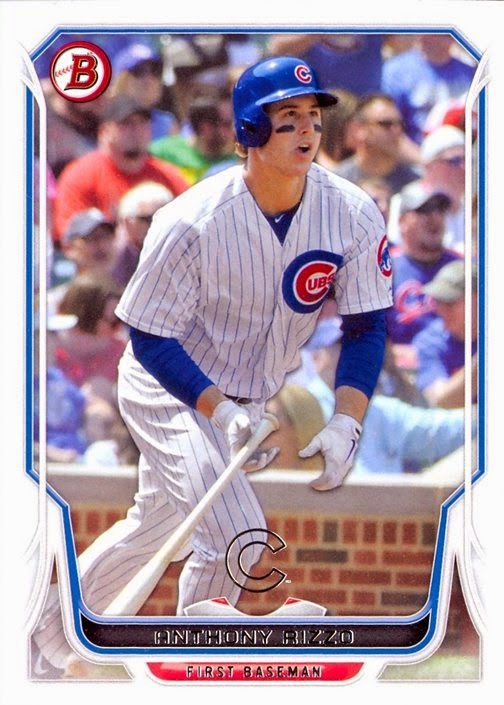 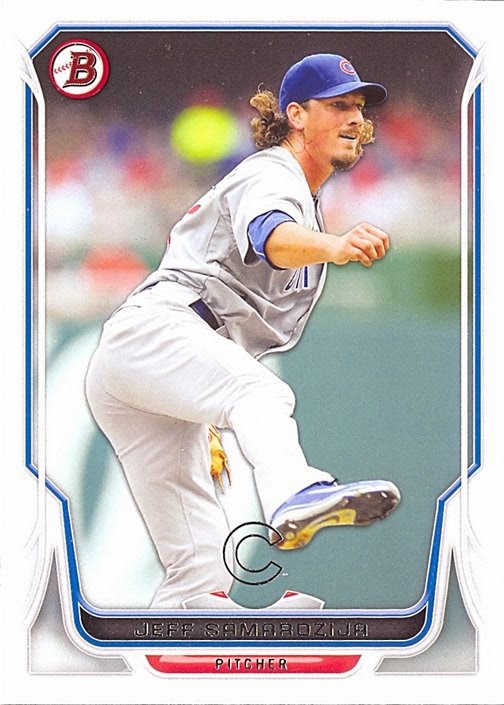 The three base cards are the usuals for the Cubs lately, Castro, Rizzo, and Samardzija.  Look at the pictures.  Doesn't it look like a grey border was added around the players' bodies?  It is especially visible on Samardzija's card--look at his left leg.

Tomorrow I'll have the five Cubs prospects that made the set.  I'll take a look at the cards and also at how these future Cubs are doing so far this season.
Posted by Wrigley Wax at 7:00 AM