Card From A New Source

Today's cards came to me from a new source...my White Sox fan father.

He's told some friends about the 'ol blog, and one mentioned that he had some cards laying around.  The cards went from friend to pops to me.

I'll try to be delicate here....and maybe some of you have been in the same situation:  People find out that I collect...they have cards that they'd like to give me...they think they're giving away something that is worth a bundle....I end up with either doubles or cards worth a couple pennies each.

I really appreciate that they think of me; that is very nice of them.  And I always graciously accept the cards.....I just don't tell them what the cards are actually worth.  Sometimes I end up with treasures, some time with...well you know.

The stash from my dad included some '90s logoless Post cards and some mid-90's Upper Deck.

But there was also a set included that I hadn't seen before, so, yeah!

In 2008 the Cubs and the White Sox both ended up as division champs, the first time since 1906 that both Chicago teams were in the post-season.  For four Sundays in August of that year, the Tribune had an insert in the paper that included a sheet with 13 cards on it, One week there were seven Cubs and six Sox, the next saw six Cubs and seven Sox.  After four week the set had 26 cards for each team.  The stash from dad included the complete 52 player set.

The cards came on a full sheet of heavy-stock paper.  It was perforated and you had to tear out each of the cards. 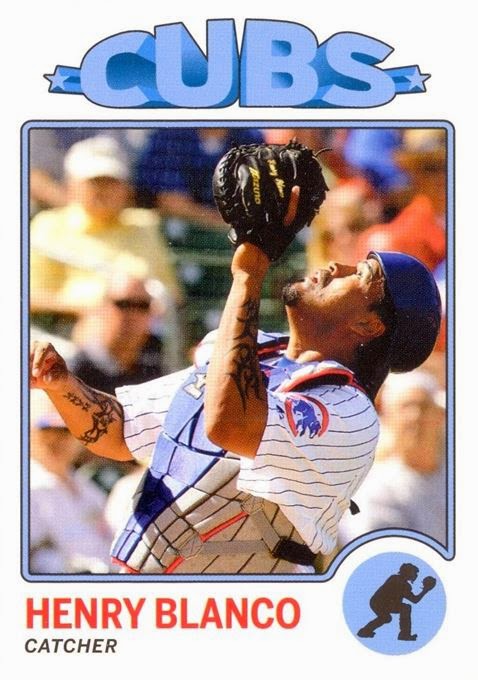 ...an interesting design; or more accurately, a "borrowed" design.

It looks like the Tribune borrowed design elements from the 1972 and 1973 Topps sets.  The team name at the top and the stars have that funky 1972 look to them.  The player's name at  the bottom and the player in the circle come straight out of 1973. 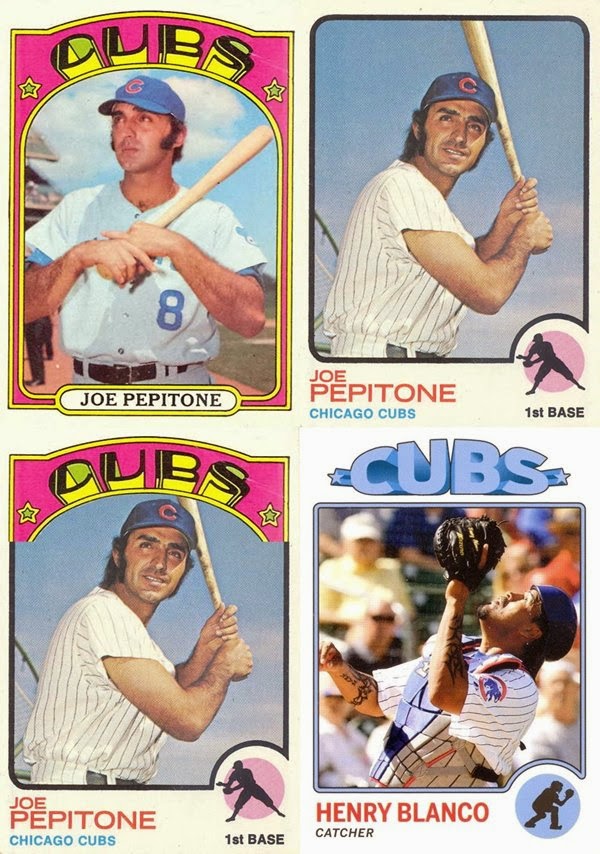 Here is a mock-up I did...1972 on the top left, 1973 is top right, while a combo card with features from both years is on the bottom left, and a card from the Tribune set is on the bottom right.

I find it interesting that a big city newspaper with all sorts of graphic artists on staff couldn't come up with their own unique design.

Tomorrow I get up the full 26 card Cubs team set from the Topps 1972-73 Chicago Tribune Player Cards set.
Posted by Wrigley Wax at 7:00 AM