A Rare Card of Darwin Barney from 2010

The main checklist source for my Darwin Barney collection is Beckett.  They've got a fairly comprehensive list of almost all of his cards.

If you do a search for "Darwin Barney 2010" only two cards are listed.  I've had one of the two for a couple years... 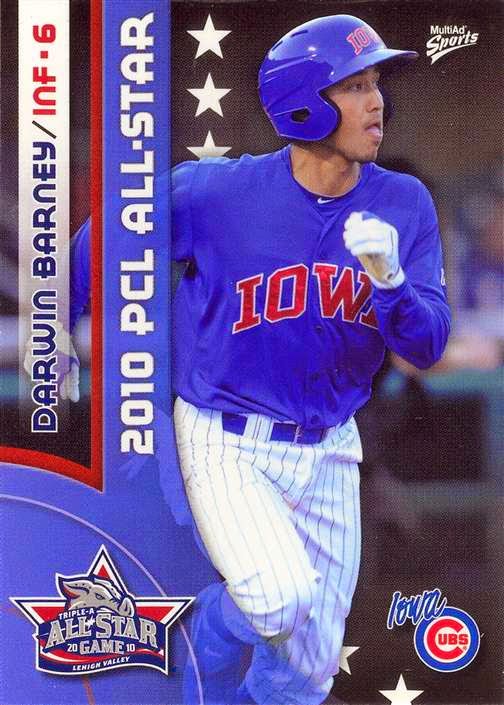 ...this PCL All Star card put out by MultiAd Sports

It's taken a while, but I finally got my hands on the second one. 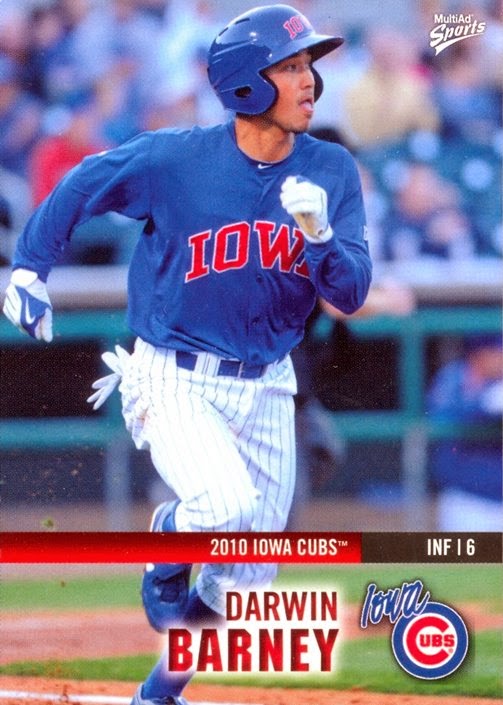 It too was put out by MultiAd Sports and is part of an Iowa Cubs team set.  It's a good thing the company is called MultiAd and not MultiPictures because they used the same picture on both cards.  They're a minor league company but they pulled the same lame stunt as the big league Topps.

Barney's All Star performance at Iowa in 2010 led to a mid-August callup to the Cubs. And from there his career took off....and more recently tanked.
Posted by Wrigley Wax at 9:00 AM