But they are on cards....post cards.

In 2010 I picked up the Cubs that were included in the Perez Steele postcard collection.  Billy Williams was among the players.

Since then I've seen several auctions that have autographed version of the card.  I got interested in getting one after I got the signed Hall of Fame postcard.  So I did an ebay search and found not only the Perez Steele card, but a second version from a 1989 set called Celebration.  The two cards were done in the same style but featured different pictures.

I went after both... 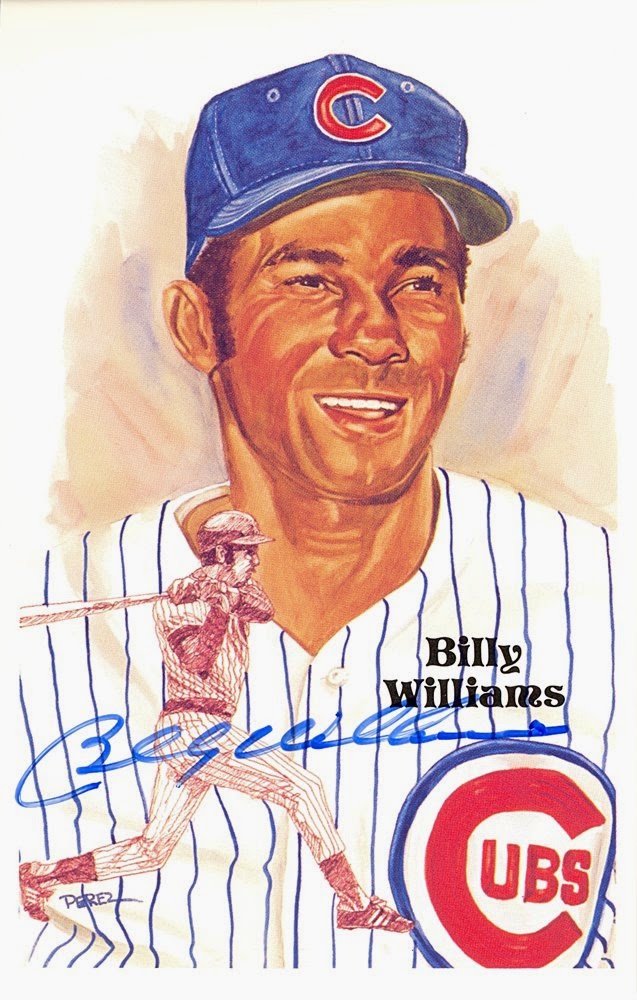 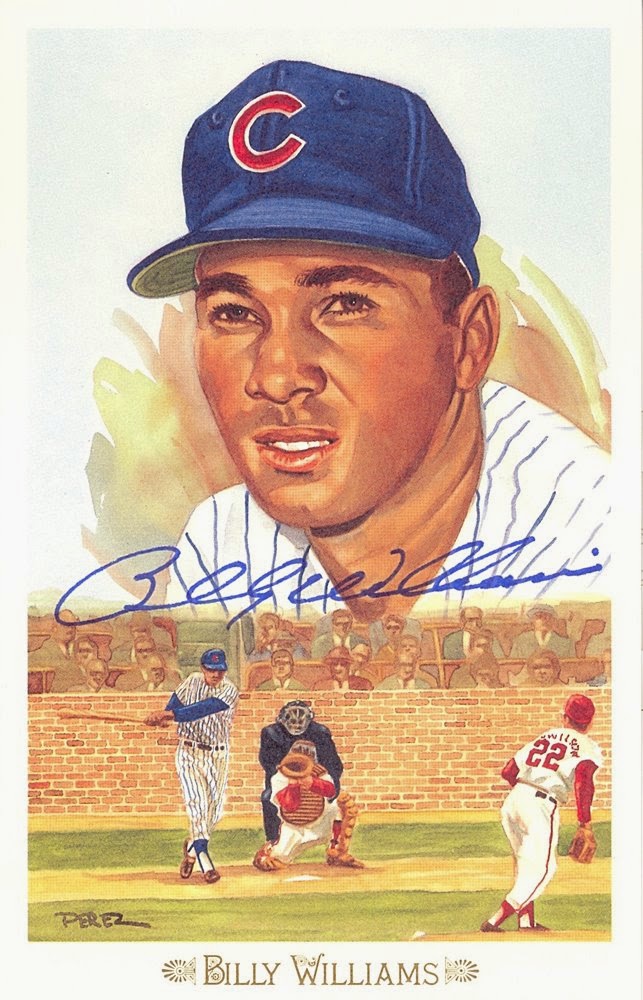 ..and got em!  The top card is the regular version and the bottom is from Celebration. Since they are postcards, they're much bigger than a baseball card.  My thought is to some day have these matted and framed.  I think they'd look great either in my office at school or on the wall of the WW World Headquarters.

Two signed Billy Williams cards are good, but three are even better.

In 1990 there was another Perez card set, this one called Great Moments.  Billy was great moment #69 and when I saw the card, I knew I needed it too. 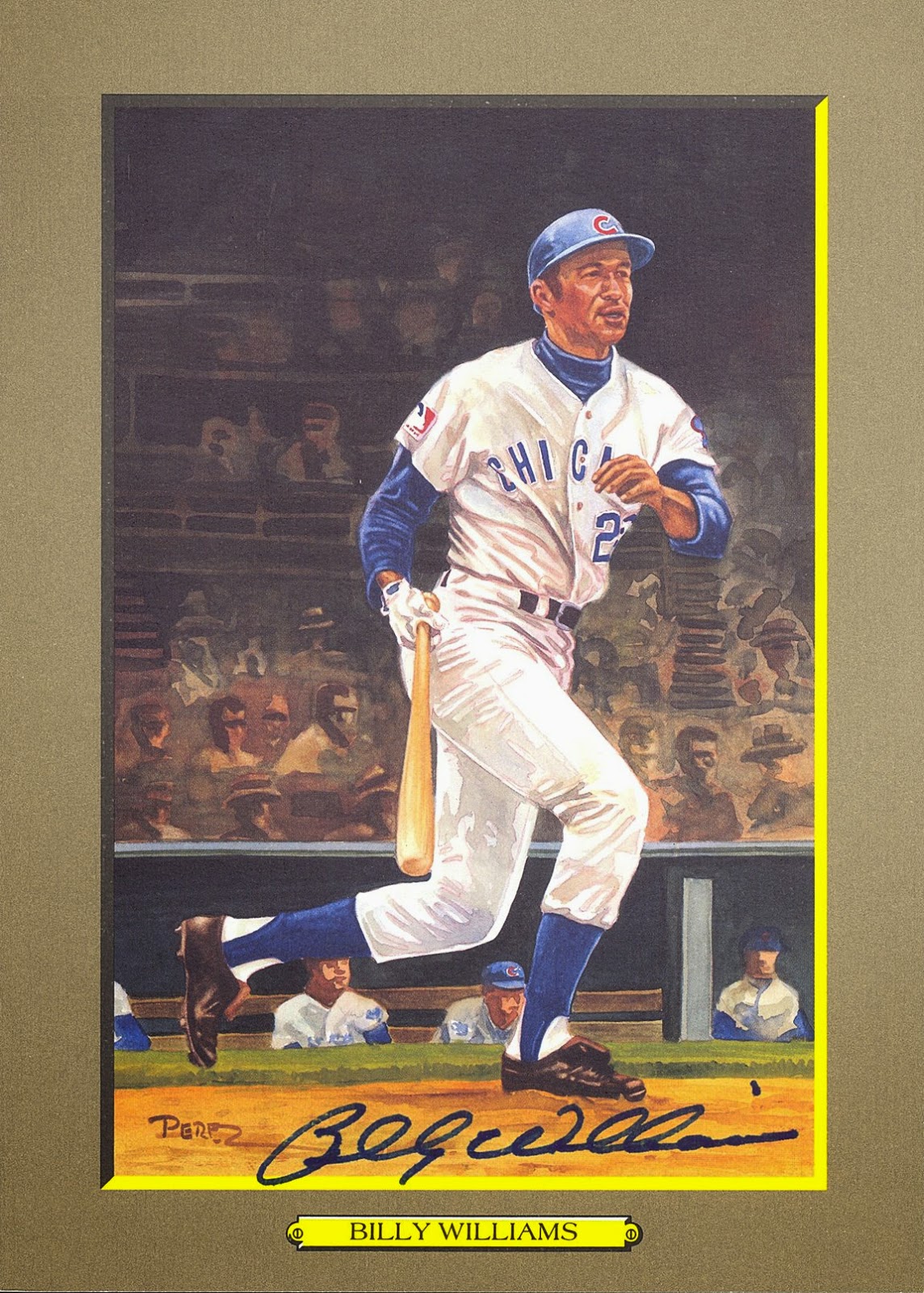 This one has a design that mimics the original Turkey Red design.  It's also not the standard baseball card size.  In fact its even bigger than a postcard.  This measures 5.75" x 8" 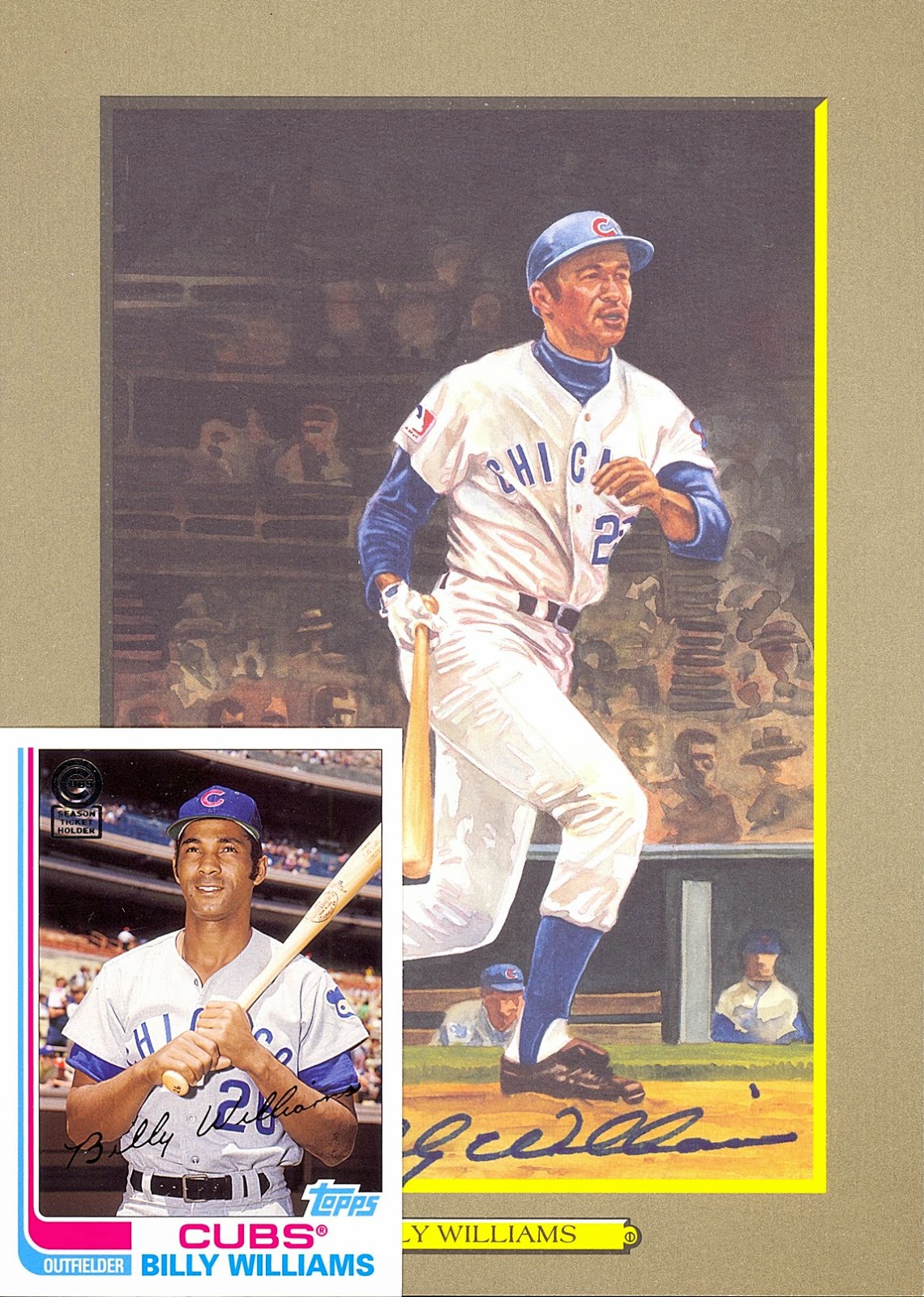 Here's what it looks like compared to a regular baseball card.  It dwarfs the card.

These are very welcomed additions to my collection.

Tomorrow I'll have one more Billy autograph, and it has something on it I never ever thought I want or get.
Posted by Wrigley Wax at 7:00 AM