Bowman has been putting out a Top 100 Prospects insert set since 2010 and they continued with another edition in the 2014 set.

The Cubs landed five players on the list.  Even more impressive is that two of the top ten are Cubs.  If only you could transfer potential into victories! 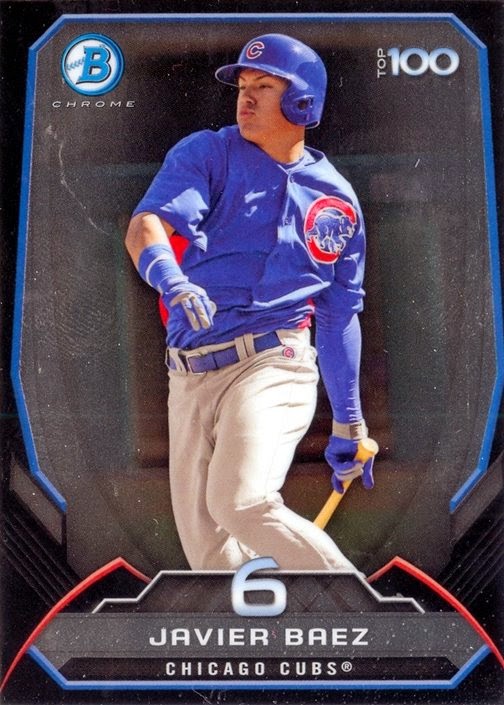 Javier Baez starts off at #6.  He is currently in AAA but is off to a slow start. That has been his pattern, though, each time he has moved up a level.  Eventually he gets things figured out and then the hits start coming. 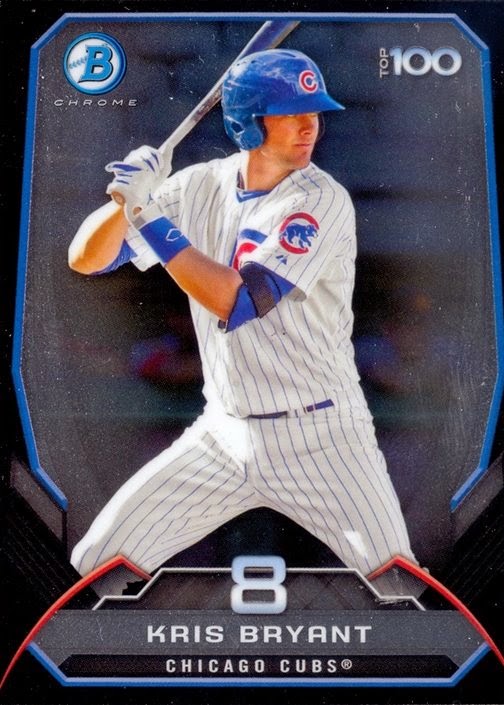 The #8 spot goes to Kris Bryant.  I talked about him yesterday...no reruns today. 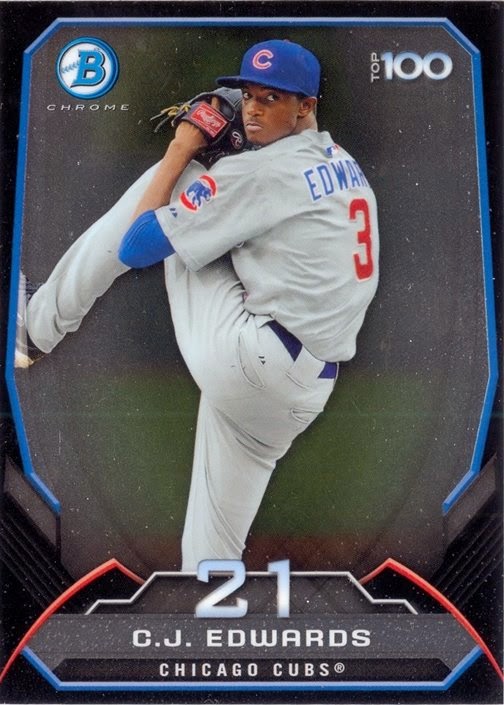 C.J. Edwards is the next Cub to make an appearance, at #21.  Edwards had some shoulder problems in April and there was a fear that he would have to be shut down or under go surgery.  Luckily the problem was just shoulder fatigue.  The plan is to let him rest for a few weeks and then gradually work him back. 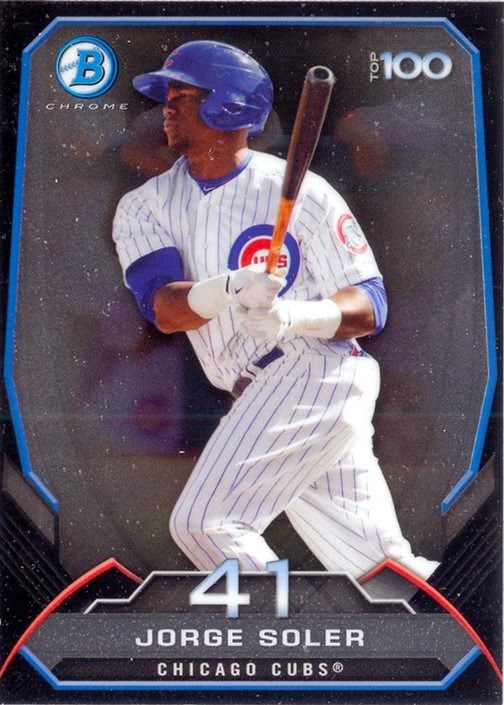 Up next is Jorge Soler, checking in at #41.  Soler's been dealing with a bad hamstring and has only played in five games for AA Tennessee.  He should be back in the lineup soon. 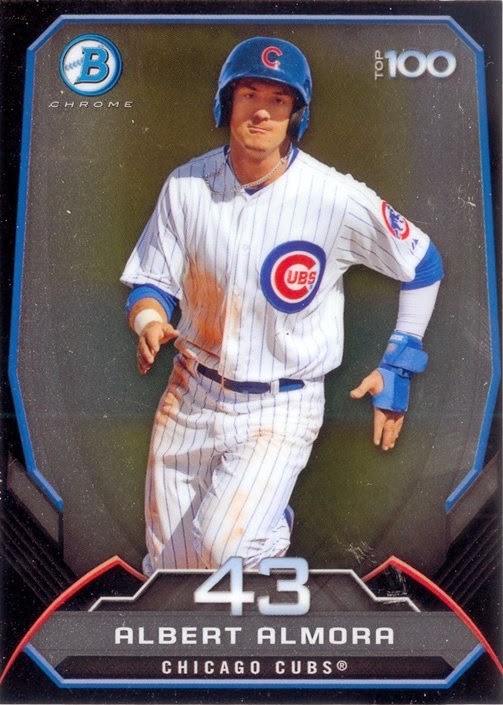 #43 is Albert Almora.  The outfielder is off to a very slow start with High A Daytona, hitting only .235 in his first 30 games.  He was near or over .300 at every other stop so far, so hopefully this is just a minor blip. 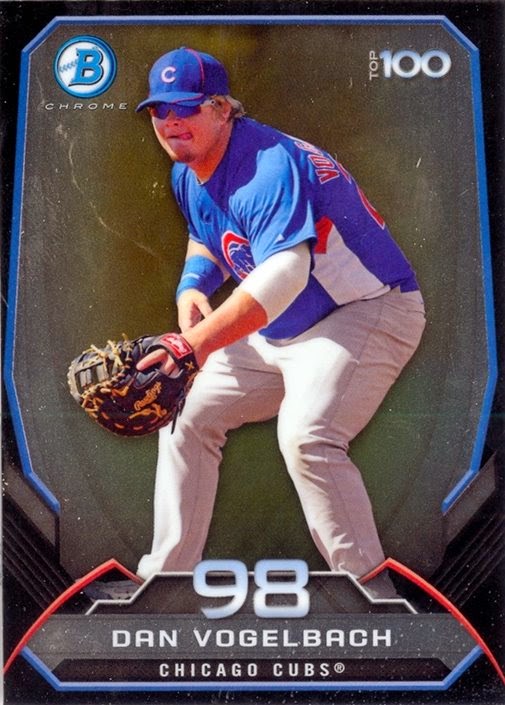 The final Cub is Dan Vogelbach, who just squeaked his way onto the list at #98.  The future John Kruk is struggling in Daytona like Albert Almora.  Big Dan is hitting only .240 with just two homers.  A guy his size needs to show more power.
Posted by Wrigley Wax at 7:00 AM