I have a player collection of five different Cubs, but Ernie Banks was the only one of the five in this year's Gypsy Queen.  Because I only had one player to chase, I decided to get a few of Mr Cub's GQ parallels.

I ended up with four. 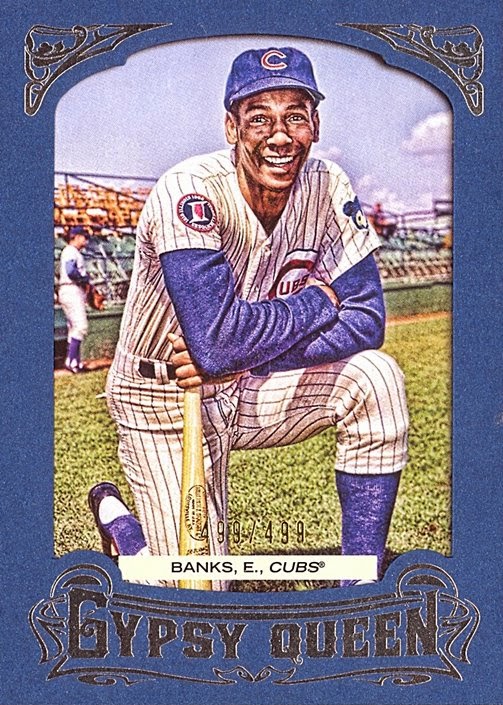 This is my favorite...the blue framed card.  The blue frame and blue uniform have such a nice look together. 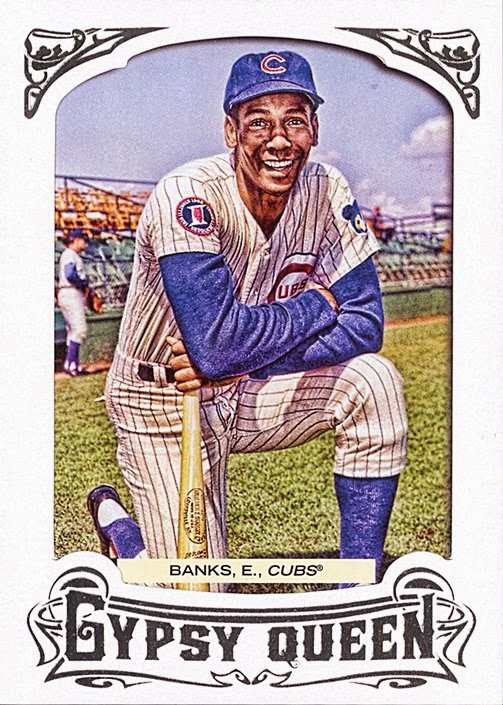 The white frame card, a Target exclusive, looks too plain for me.

As far as the minis go, I was able to get the two that were not 1/1s 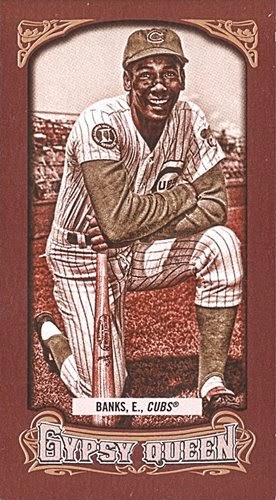 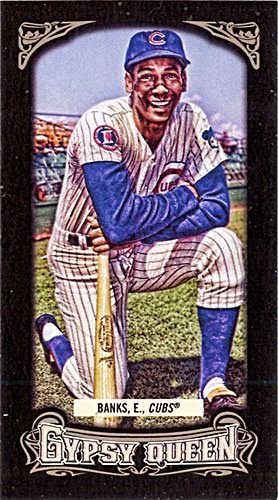 Though not mentioned on the sell sheets, there are also red mini version out there that are /99.  I'm hoping to be able to get the Banks version, but so far haven't had any luck.
Posted by Wrigley Wax at 7:00 AM