I filled one of the last two holes in my scorecard collection by picking up the 1952 card. 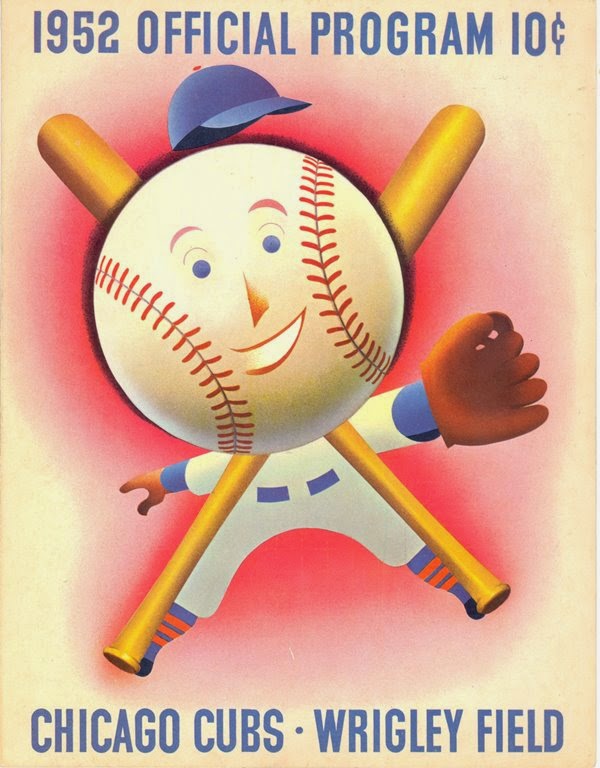 It's another Otis Shepherd special.

It looks like we've got a relative of Mr. Met on the cover of the Cubs scorecard.  Of course Mr. Met was only a twinkle in the eyes of Mommy and Daddy Met.  He wouldn't arrive for another ten years.

I also find it interesting that although the player is wearing a uniform that matches the Cubs in color, there are no Cub-specific logos on the player.  The cover of the card could be used in any ballpark, not just Wrigley Field..

And in fact, it was. 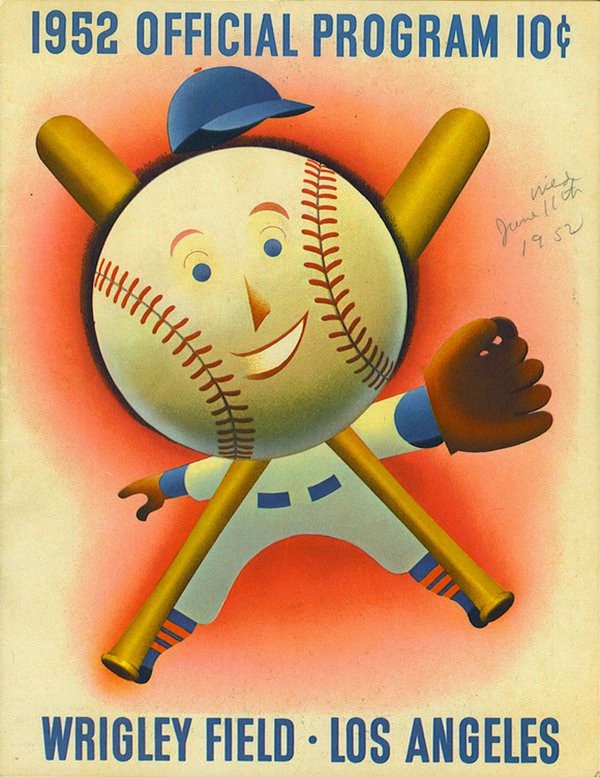 Here is the same picture on the 1951 PCL Los Angeles Angels scorecard, a team that was also owned by the Wrigley family.

And was my new card scored or unscored? 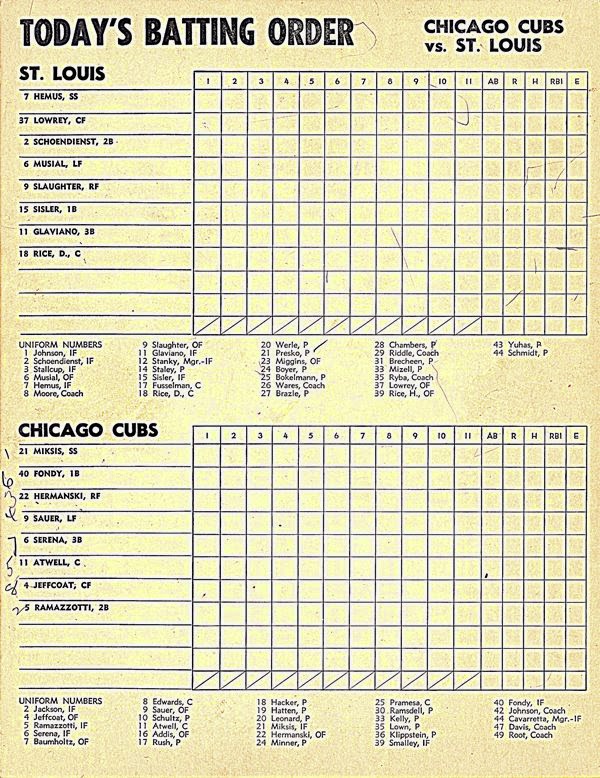 Mostly unscored.  All I've got are some numbers written in on the left side of the Cubs lineup.  What were those number for?

You can see that the lineup was preprinted on the card.  But that wasn't the lineup the Cubs used that day.  That's where the handwritten numbers come in.  The eight players listed were the starters, but in a different order.  See the 1 next to Miksis' name?  He was the actual leadoff man that day.  The #2 hitter was not the preprinted Dee Fondy, it was Bob Ramazzotti, who had a 2 written in by his name.  The rest of the numbers match with the correct lineup.

The original owner wrote in those numbers, but didn't bother to score the game.  I wonder why?

After that, maybe I'll start working backwards from 1949.  We'll see if that can be done on a budget.