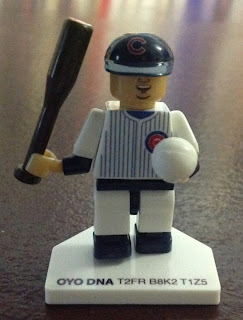 Here's the 2012 version, with Barney in a home uniform. 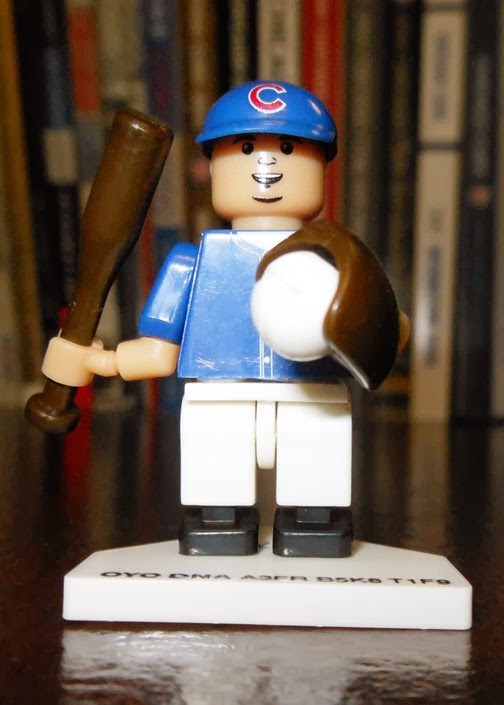 Last year they shifted him into a blue alternate uniform.

This year I figured they'd use the gray road uniform, the only uniform that hadn't been used. 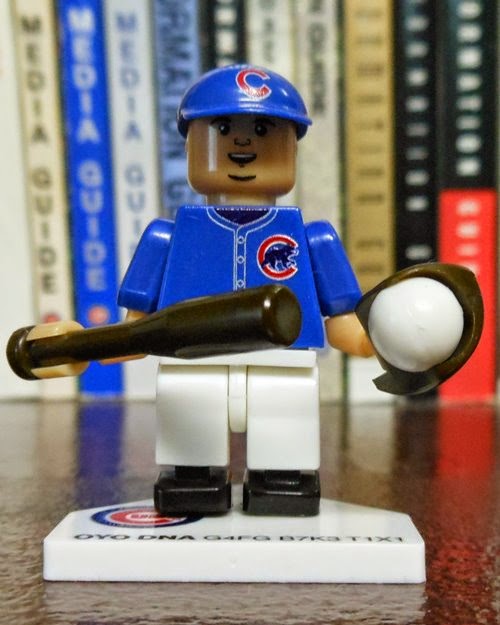 Nope, it was back to the blue alternate.  They did make one difference, though. 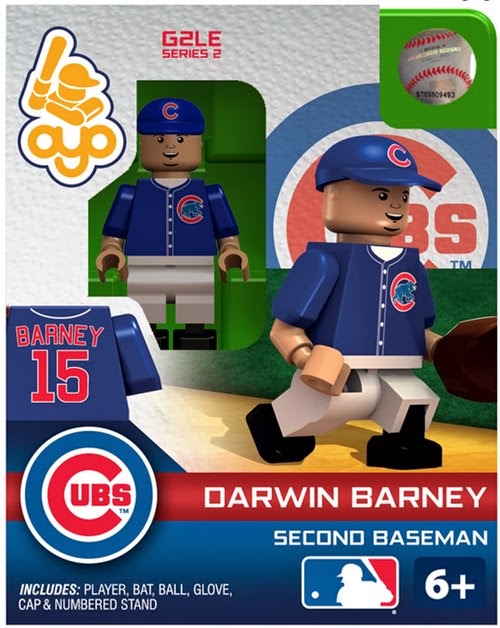 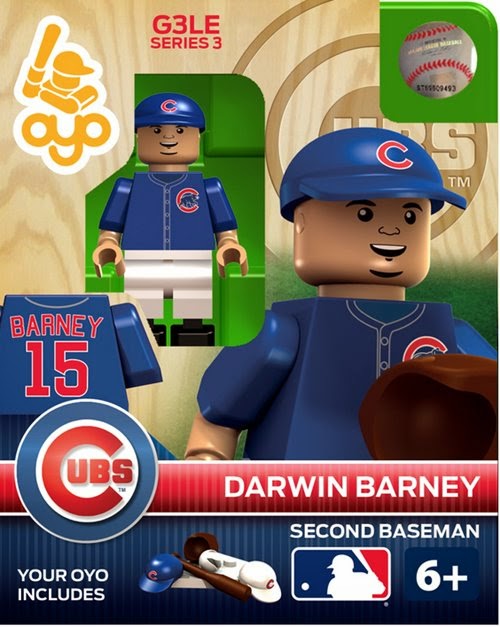 Last year's version is on the left.  Look just below his neck, and you see a white shirt under the jersey.  This year's figure is on the right and that little white part is now blue.  They also added a white Cubs hat because the Cubs now have a white alternate hat.....NO THEY DON'T!... I have no idea why a white hat was included. 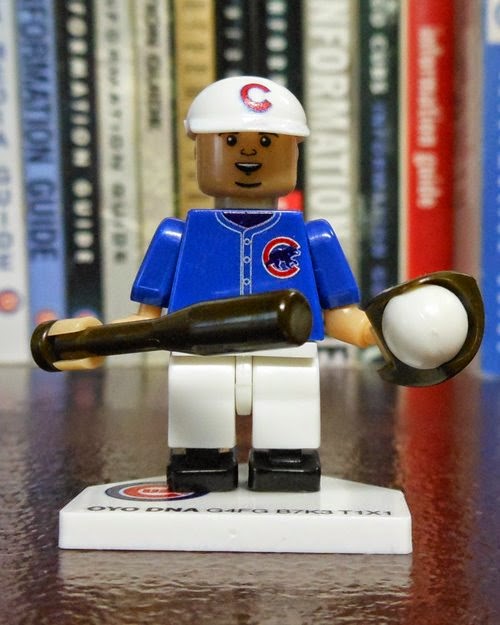 Kinda strange looking, isn't it.  I wonder if they made white hats for all the teams?

Finally, here is my Barney mini-army.

My guess is that this will be it for the Barney OYO collection.  Repeating the same figure, making up things that don't exist...who does OYO think that they are, Topps?