Done In By My Own Rules: Henry Rodriguez II

Thanks to my own rules, I've picked up a ridiculous autograph card.

My collection rule:  one card for any player that's had a certified autograph from a year they played for the Cubs and the card lists them as a Cub.

It's been a good rule until Panini came along.  Here's the silly card I picked up: 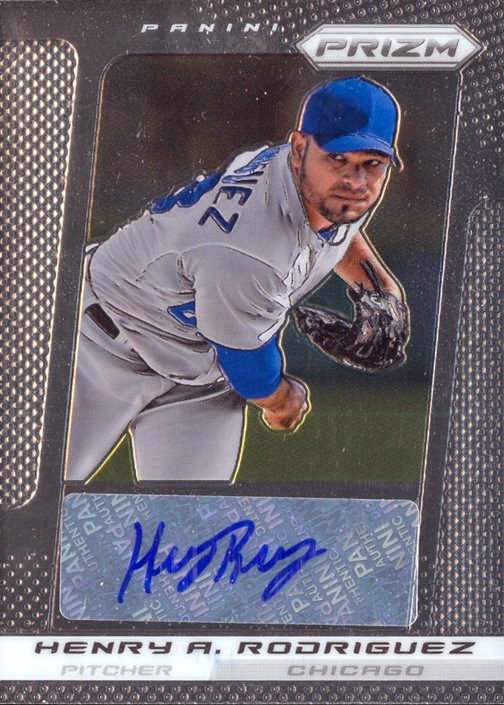 Its from 2013 Panini Prizm and its an autograph of Henry Rodriguez. 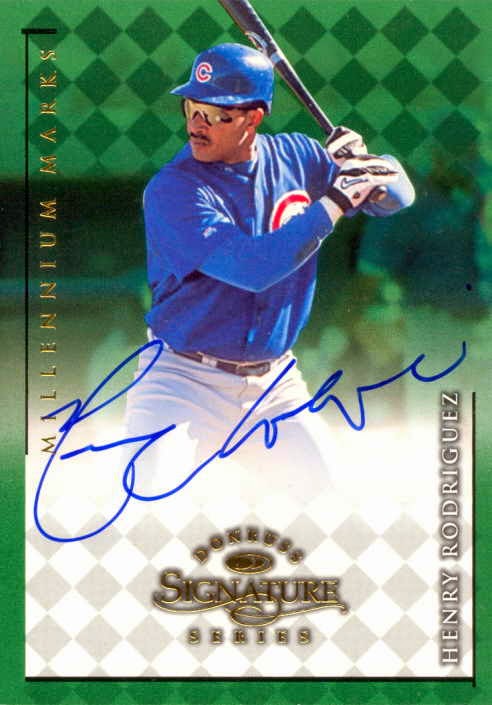 ...Henry Rodriguez.  This guy I've heard of. This guy was good

I didn't know the card existed until it was pointed out to me by Matt from Once A Cub.

Heck, I didn't even remember that Henry Rodriguez II pitched for the Cubs last season.  He barely did, pitching four innings over five games in June and July.

But even four innings qualifies for my autograph rule.

I didn't have to break the bank for the card...my best offer of three bucks was accepted.

Why was there an autographed card of Henry Rodriguez made in the first place?  What was Panini thinking?  How many collectors have been clamoring for an autograph of a guy with career record of 5-7 with an ERA of 4.24?

That's a pretty low bar that Panini has set for certified autos.
Posted by Wrigley Wax at 7:00 AM