A few days ago I showed all the inserts from the Sixties.  Today I'll cover the next two decades.

I can knock off two decades at once because the '70s and '80s didn't see much insert action.  After eleven straight years of inserts, the 1972 set had none.  I'm guessing that they were eliminated as a way of saving money.  We had booklets, posters, scratch-offs, and coins in 1970 and 1971.  And then nada, nothing.

Inserts kinda returned in 1973 and 1974 as team checklists.  But the checklists were like any other regular cardboard card.

After the 1974 team checklists, inserts disappeared completely until 1982.  That year Topps put two sticker in packs.  The main motivation for the stickers was to build interest in the sold-separately sticker packs.  So they weren't really inserts as much as they were an advertising gimmick.

Below is the checklist I used as I chased the Cubs: 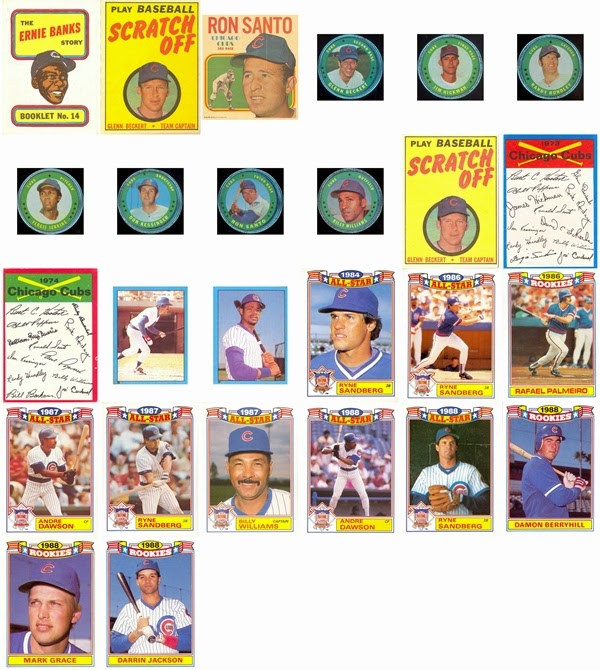