Today I've got the complete run of Upper Deck's Ovation.

The card design on most years included a baseball and red stitches.  Four of the six released used thicker card stock and had the ball laces stamped into the card.  You can feel the bumps of the laces on the card.

It's an interesting and unique design element.  What confuses me is why the set was called "Ovation."  If you were going to use the ball as your main design element, why not call the cards something related to the design.  Upper Deck Laces, Upper Deck Stitches, Upper Deck Hardball...but not Ovation. 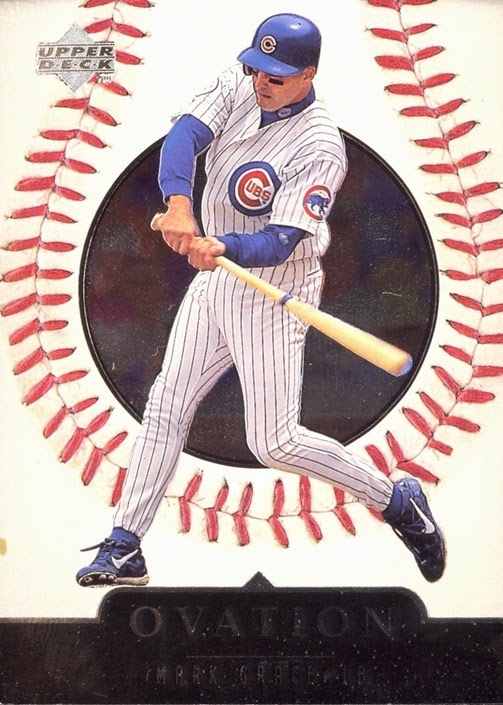 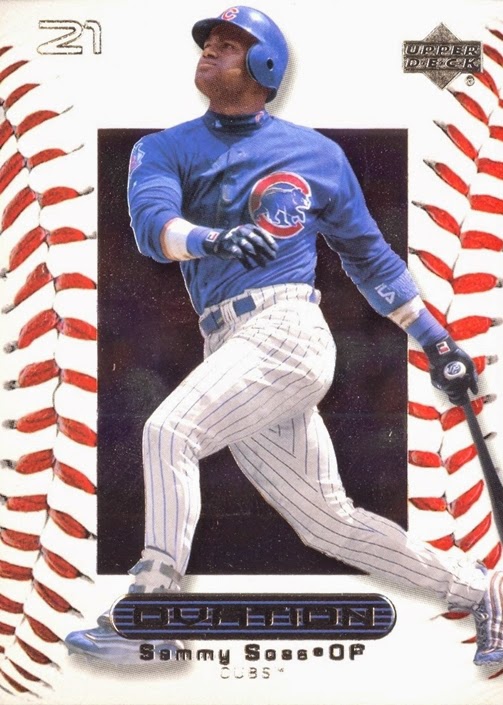 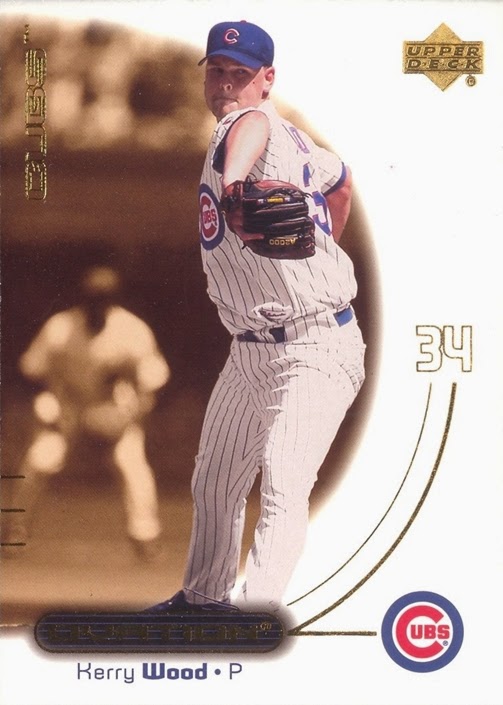 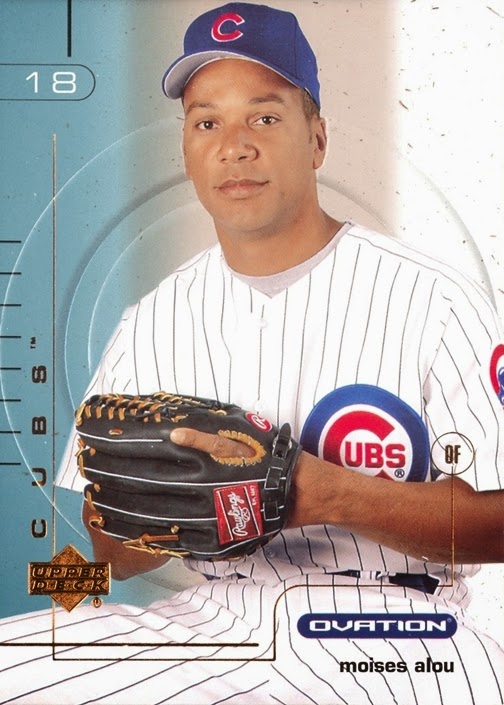 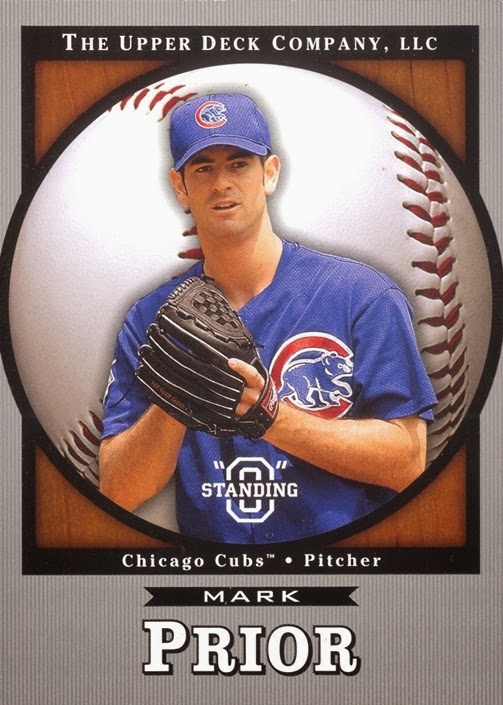 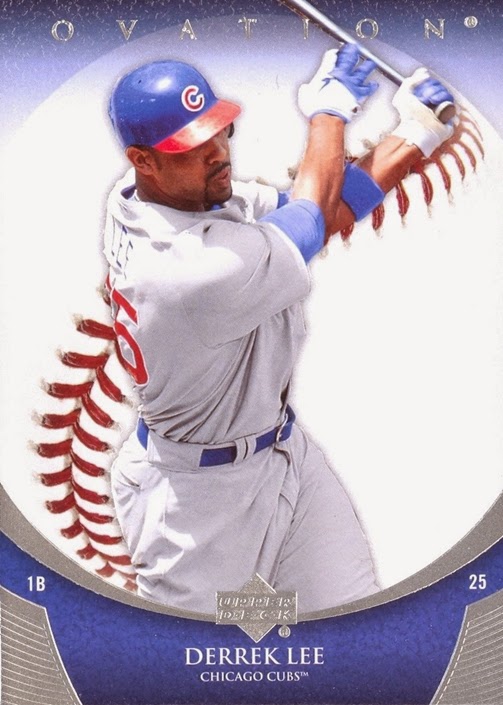 See how the ball and red stitches are such a prominent design feature?

And I'll finish with all 27 Cubs from Ovation.