Baseball Card Breakdown's brilliant idea was to keep a baseball card in your wallet throughout the year and take pictures of the card as it travels to various and sundry places during the year.

So what card should I use would be the question to be answered.

I can eliminate about 92,000 of those because they are cards of players from the wrong team.  You didn't think that I would carry around anything other that a Cub did you?

Since the wallet game itself is a bit of an oddball, just for fun type thing, I wanted a card to match.

One came to mind immediately... 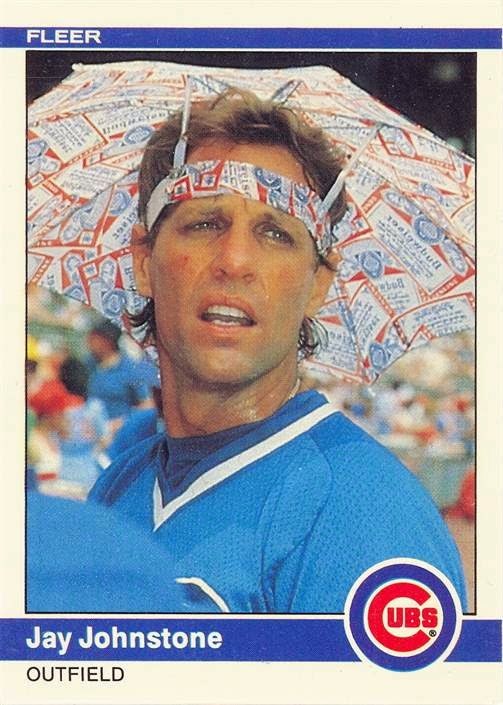 Nothing says fun and whimsy like a player wearing a Budweiser Brock-a-bella! 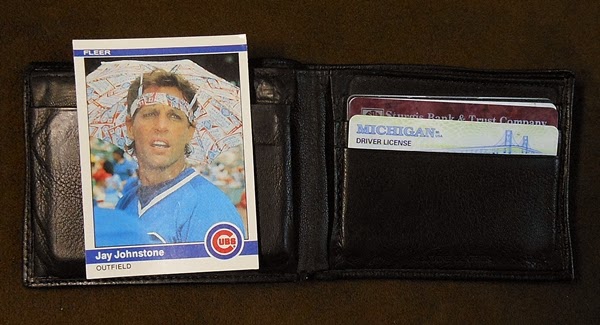