Three Inserts Are Not Arriving

I'm just about finished with my insert additions, but there are three that I've yet to buy.  In fact, I haven't seen any of the three anywhere.  So I'm asking your help to keep an eye out for these: 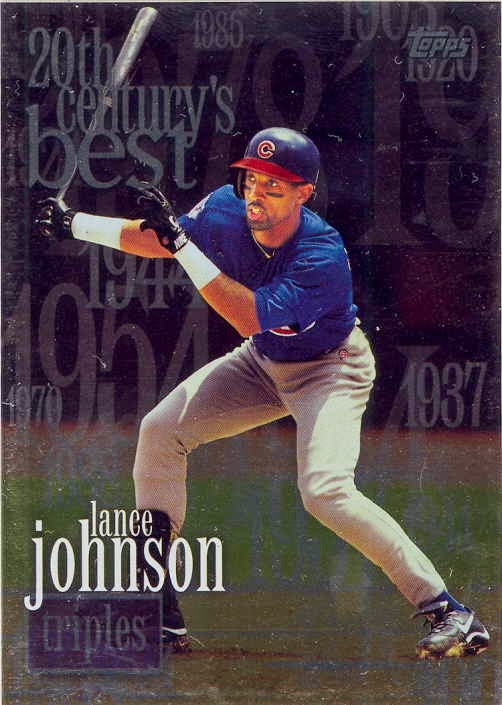 2000 20th Century Best #3 Lance Johnson.  This insert parallels #231 from the 2000 set.  That's the base card shown.  Topps also made an insert set for the 20th Century Best and numbered them according stat of the player on the card.  Johnson was the active leader in triples with 117, so that's how many of the card were made.  It's a lot rarer than the home run card of Mark McGwire (/522) or Roger Clemens' strikeout card (/3,316). 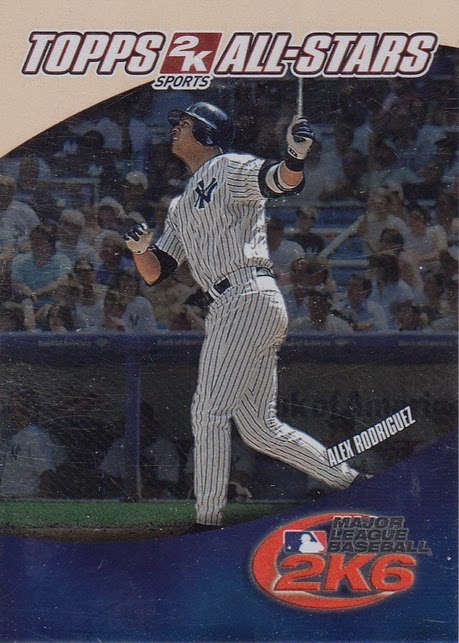 2006 2k6 All Stars #4 Derrek Lee.  There are 11 cards in this set.  Half were given out in Topps packs and half were included in the 2k6 video game.  The Topps packs cards are pretty common.  Lee's card was a video game card, making it tougher to find.  I've never seen a picture of the card, but above is what Alex Rodriguez' card looks like.
Bigger question.... do I even need this card.  I'm defining inserts as cards that you could pull from a Topps pack.  The Lee card was never in Topps packs, though it's part of a set that was in their packs.  Insert or not? 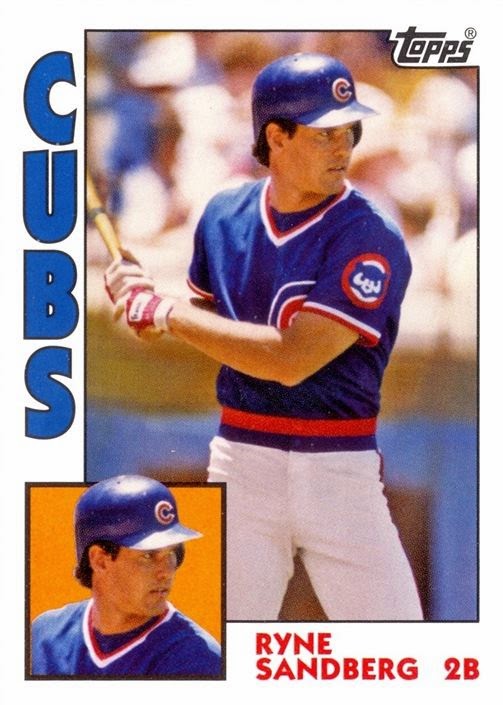 2006 Wal-Mart Blasters #37 Derrek Lee.  The third missing card is another D-Lee toughie from 2006.  Topps and Wal-Mart combined for a 54 card set of players.  The cards were included in various sized blasters and pack for series one and update.  The 36 cards from these are plentiful. The Sandberg card is from series one. But the 18 cards from series two were found only in loose packs, not in blasters.  That has made the series two cards pretty scarce.  And of course Lee's card is from series two.

I've yet to see any of these three on Ebay, Sportlots, Beckett Marketplace, or COMC.

Any suggestions on where else to look??
Posted by Wrigley Wax at 7:00 AM