Picked Up Some Ernies (and a Billy) From COMC

I used COMC when I was putting my Ovation sets together.  Since COMC charges a flat $3 shipping, I decided I could pick up a few more cards since the shipping was taken care of.  I searched through both their Ernie Banks and Billy Williams cards and I found several oddball to add.

Here's what I got: 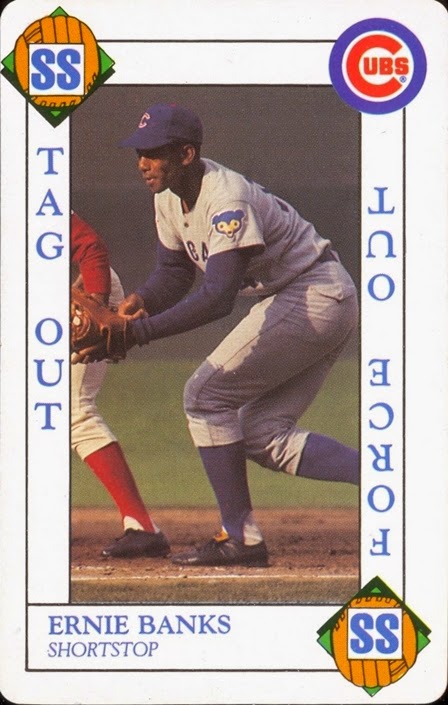 This is from the 1990 MVP Baseball game.  Ernie is listed as a shortstop on the card, but he is clearly playing first base. 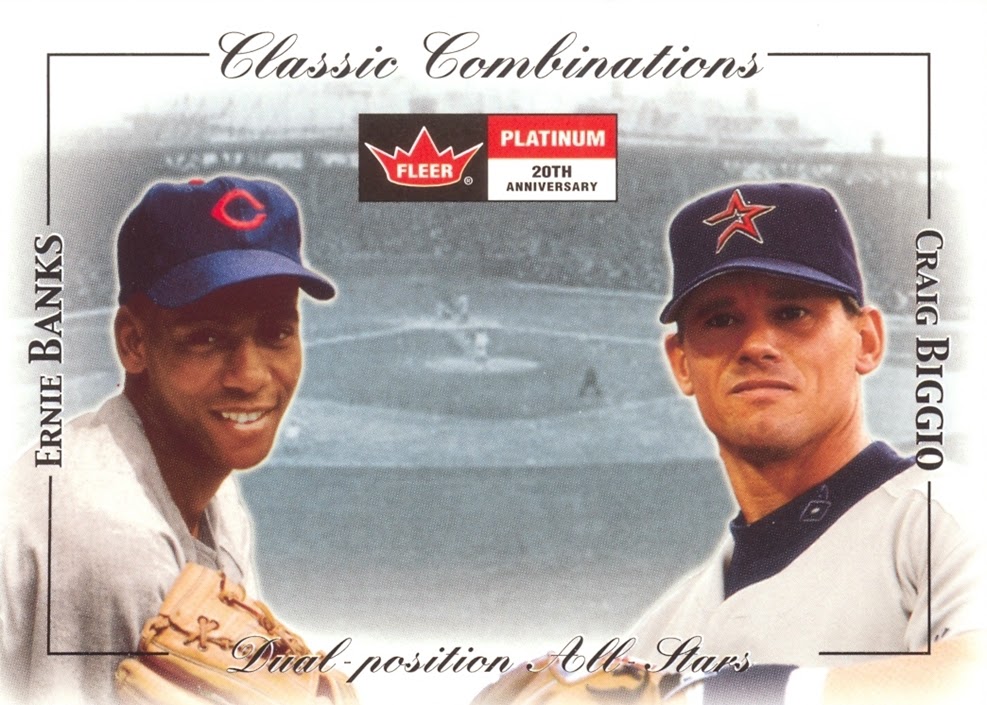 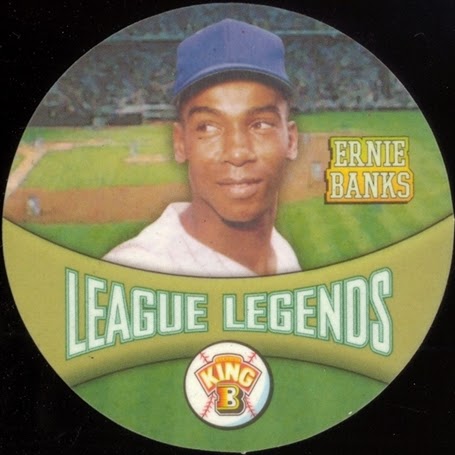 This disc is from the 2001 King B League Legends set.  Mr. Cub was one of 18 legends on the checklist. 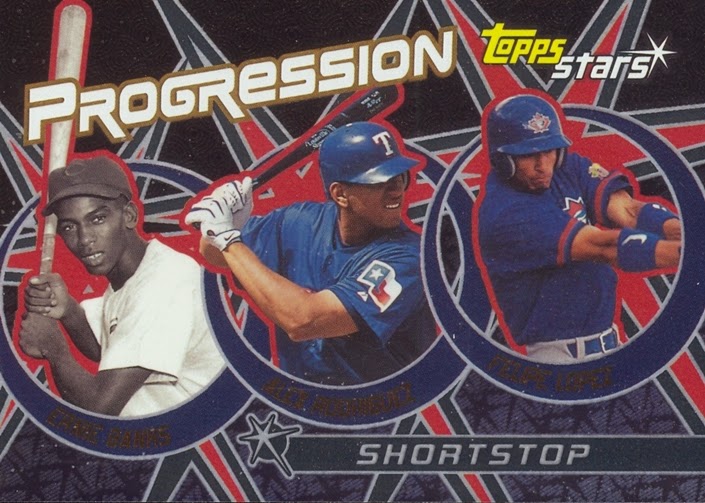 Another combo card, this time a triple combo and comes from 2001 Topps Stars.  Progression was a nine-card insert set. 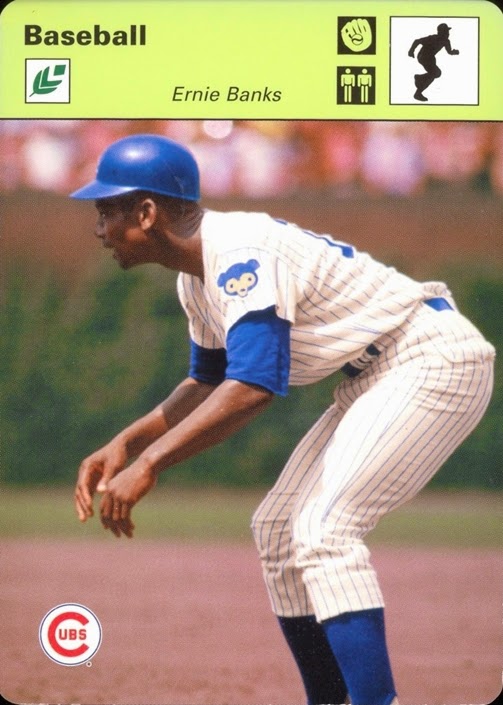 In 2005 Leaf put out reduced sized reprints of the Sportscaster cards. 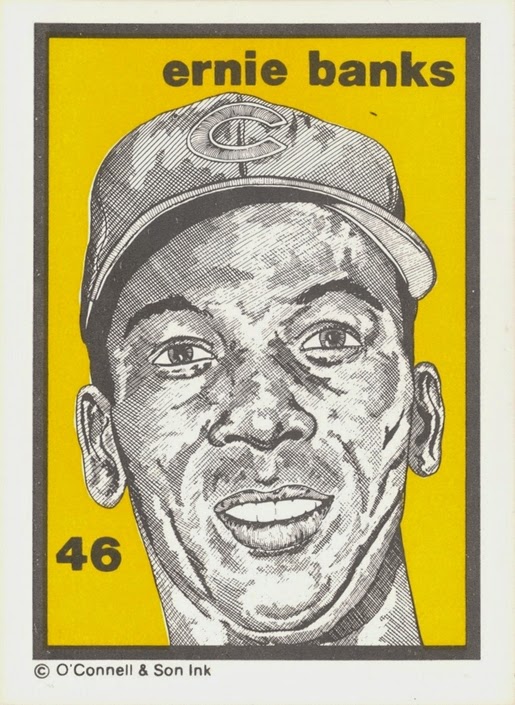 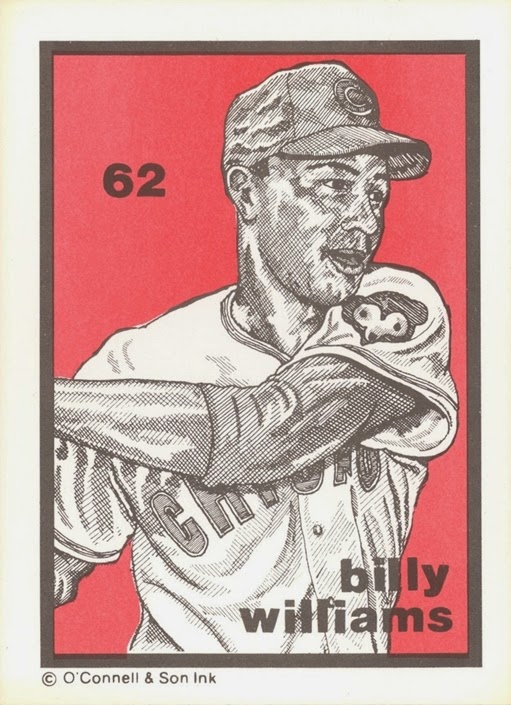 This is my last Ernie and the one and only Billy.  These come from the O'Connell and Sons Ink sets.  A total of 250 different cards were released between 1984 and 1991.  These are both from the 1985 release.