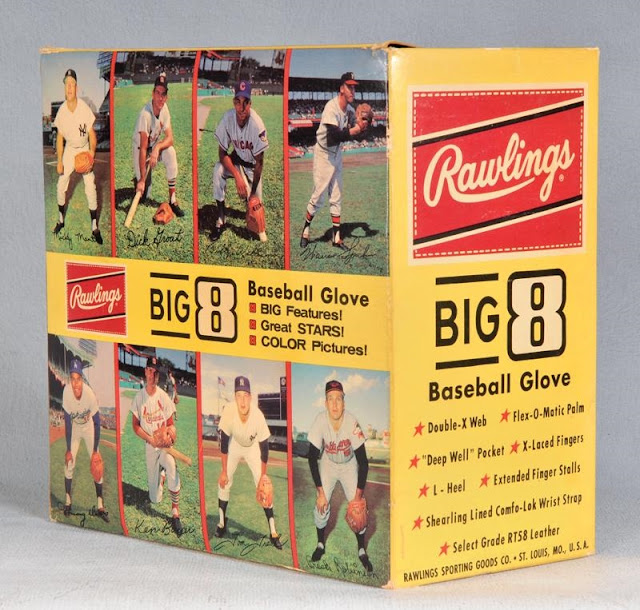 The outside of the glove box also included pictures of all eight players, mini versions of the actual photos. The pictures on the box weren't intended to be collectible cards, they were just there to show the buyers which players had photos.  But some collectors did cut out the cards.

Billy Williams was one of the Big 8.  The hand cut card is included on the PSA master list.  I've been looking for one for a long time, but have rarely seen one.  There is a graded version on Ebay, but the $1,500 price is waaaaay out of my price range.

I have been able to find the color photo that was inserted into the box and I got one for 1/100th the cost of the graded card.  I thought getting the picture would allow me to check off one more item on the PSA master list.   I can't, however, because the photo is not included on the list.

Still, I'm happy to add this nice looking picture of a young Billy at Sportsmans Park in St. Louis. 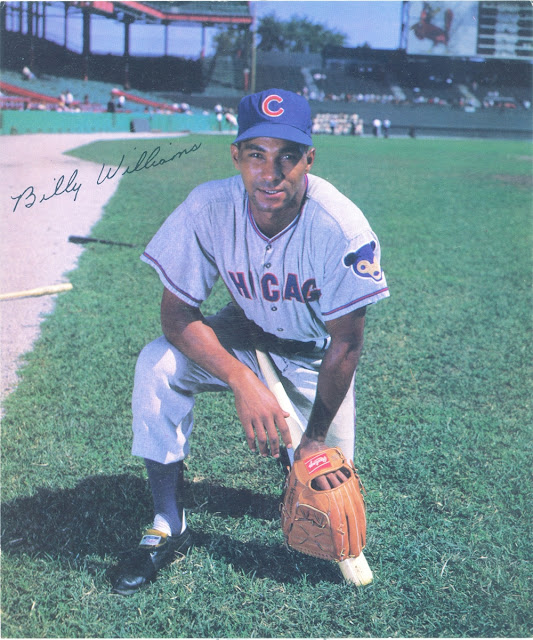