Big changes came with the 1995 set.  In fact, the Standard Catalog has no listing under Panini for the 1995 set.  Instead, you find it in the Fleer section.  The catalog states that Fleer bought Panini.

I had never heard that so I did some digging around.  I couldn't find anything to corroborate that statement.   Panini was founded in Italy in 1960 and is still headquartered there.  Fleer was bought and sold a few times in the late-eighties and early nineties before going belly-up in 2005.

The backs of the 1995 stickers say that the stickers were distributed by Fleer.  Distributing and owning are two different things.  I'm not sure why the catalog says Fleer bought Panini.

The Cubs were limited to just two stickers among the 156... 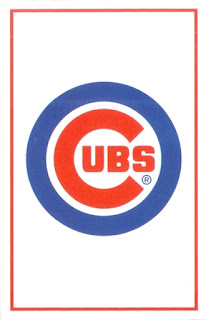 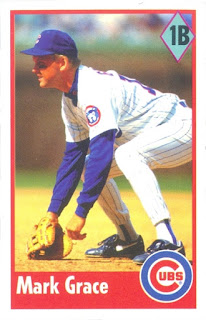