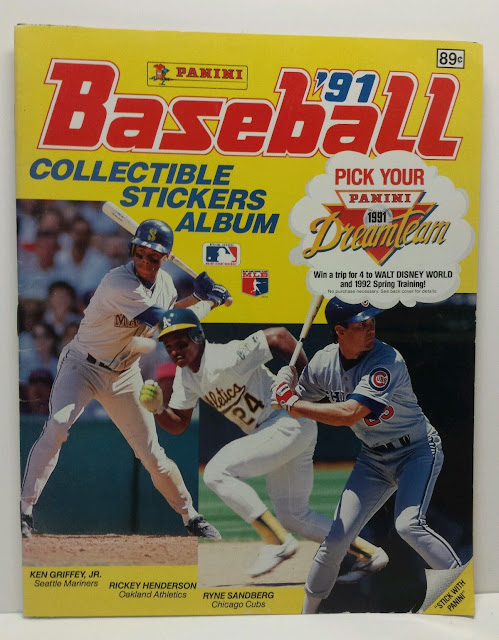 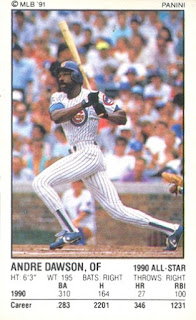 The set was also for only those with good eyesight, because the front of the sticker had player stats added.  Yes, stats were added to their smallest sticker, making them very difficult to read (at least for my old eyes.. 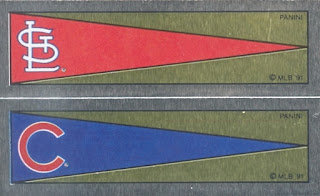 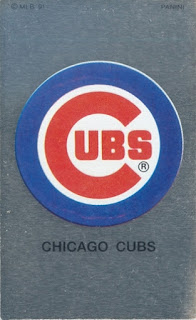 The foils stickers remained.  But the pennant stickers were doubled up, so the Cubs had to share with the Cardinals.

Eight players made the checklist, including three future Hall of Famers. 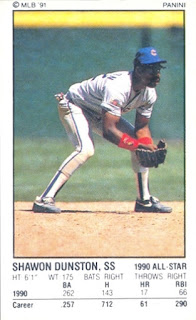 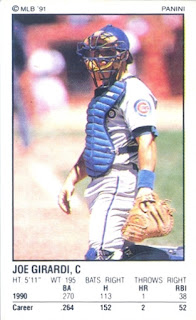 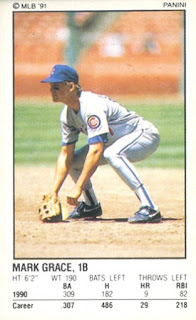 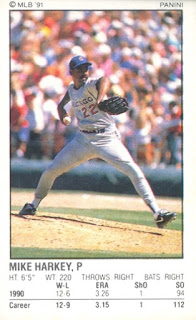 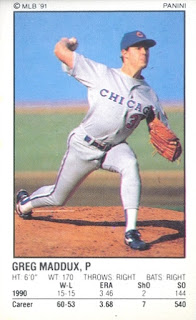 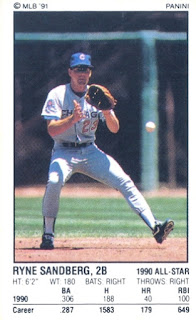 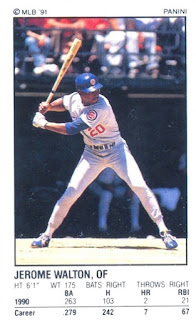