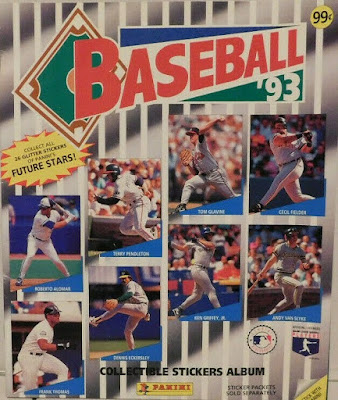 In 1993 Panini came within ⅛ of an inch of hitting the big time.  The length and width of the stickers was just ⅛ short of being the same size as a regular 2½" x 3½" baseball card.

The set has 300 stickers.  Each team got 10 players (with one of the ten being a foil glitter sticker) and one foil logo sticker.  There were also stickers for league leaders and award winners.  The Cubs got two of those, sort of. 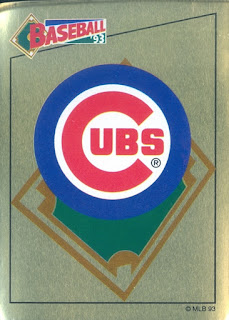 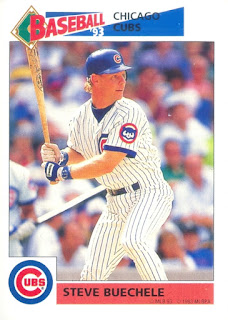 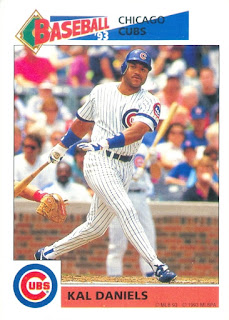 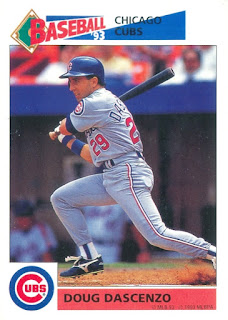 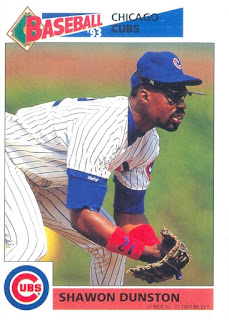 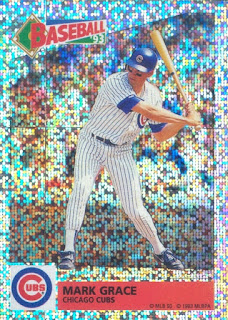 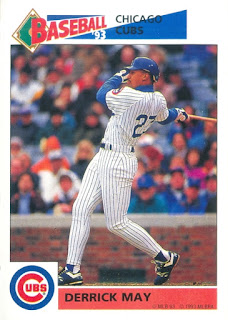 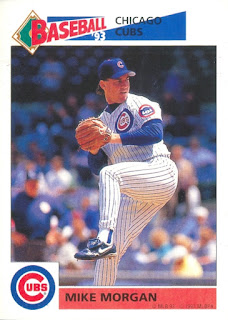 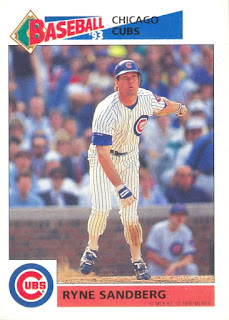 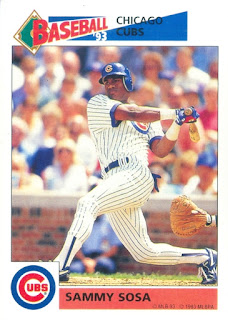 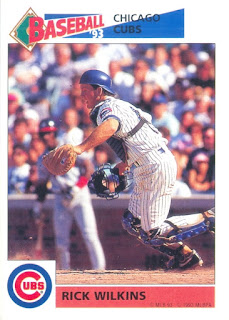 The award and league leader stickers were sort-of Cubs because the featured Greg Maddux, who left as a free agent after the 1992 season.  He's shown in the set as a Cub, but in 1993 he was a Brave. 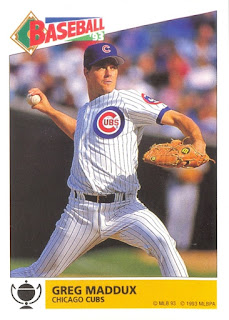 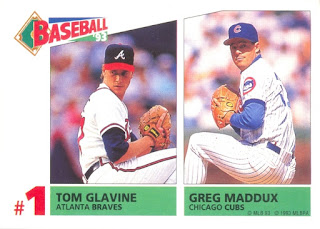