How Many Different Ticket Options??

I knew things were out of hand after I looked at this page of the Cubs schedule: 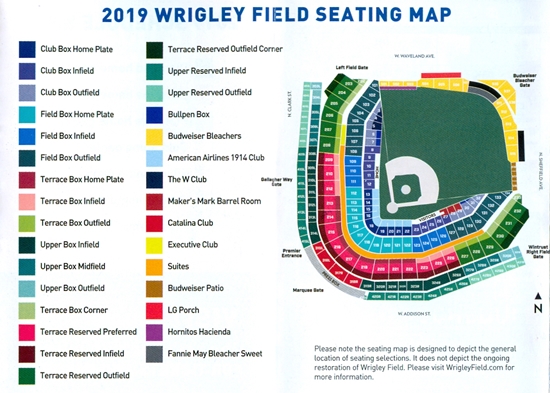 There are 31 different ticket options at Wrigley Field.  That just seems crazy to me.  So I did a little research.

From the time the Cubs moved into Wrigley Field through the 1964 season there were just three options.  You could get a box seat, grandstand seat, or bleacher seat.  And only the boxes were sold in advance.  The grandstand and bleacher seats were sold only on the day of the game. That worked for 51 years!

In 1965 the Cubs split up the box seats.  A seat in the first ten rows of boxes would cost you an extra 50¢.  So that gives us four options.  Still quite a ways from today's 31.

The box seats all returned to a single price in 1970, putting things back at just three ticket options.

The 1982 season was the first full year under the Tribune Company,  They made one change, splitting the box seats into two groups, making five options.

The 1985 season saw a big change.  The grandstand seats, available only on the day of the game, were renamed terrace seats, and they were sold in advance.  Only the bleachers were sold on game days and that lasted for just the 1985 season.  In 1986 you could purchase any seat in the ballpark in advance.

Things remained this way until 2001, when once again, the box seats were split into another group, creating six different ticket prices.  I was surprised that it took until 2001 for changes to be made.

In 2002 the Family section prices rose above the box seat prices, giving a seventh option.  The lower boxes were split between infield and outfield, adding more choices.  The upper deck boxes were split also, as were the terrace seats. The total now was nice different prices.

A tenth ticket was created in 2003, as the terrace seats were again divided, creating terrace boxes.

It was in 2005 when it started to get crazy.  More sections were divided up and now there were fourteen choices.  Its getting crazy, but still at half of what it is today.

A choice disappeared in 2006 as the bleachers were rebuilt and the family section was eliminated.  We're back at thirteen.

There is stayed until 2015.  The Cubs split out another terrance and now the number of choices is up to fourteen.

The 1060 Project moving full speed ahead in 2016.  Sure, they were renovating Wrigley to make it look pretty.  But the main motivation for the work is to add revenue.  And one way to do that is to have more ticket options.  In 2016 five more were added and were now 19.

31 choices and I can probably afford to buy tickets for a handful of them.