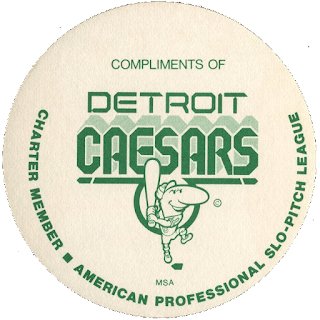 When I saw the listing of 1977 MSA discs included a set called Detroit Caesars, I assumed pizza. Mike Ilitch owns Little Caesars and the Tigers. 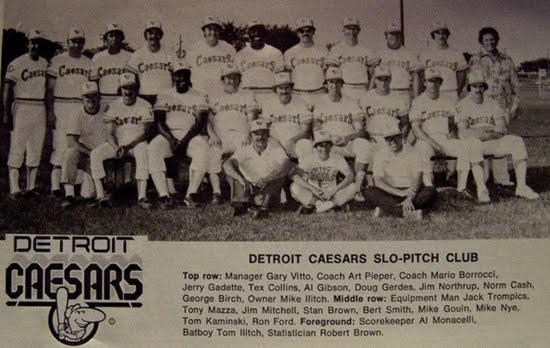 Turns out that I was half-right.  The Detroit Caesars were a professional slo-pitch softball team in the American Professional Slo-Pitch League.  In fact, they were a very good softball team, winning the league title in 1977, the league's first year of existence, and 1978.  In 1979 the lost in the semi-finals.  The team disbanded after the '79 season.

The team drew well so you'd think that their disc version would be plentiful.  But they are not. I don't know how the discs were given away or how often, but apparently, they weren't given out enough.  They are among the more difficult 1977 discs to track down.

None are listed on Sportlots right now.   I was able to find the Cubs discs on Ebay and at a pretty low price too.  I'm also fortunate that there were just two Cubs in the 1977 MSA sets. 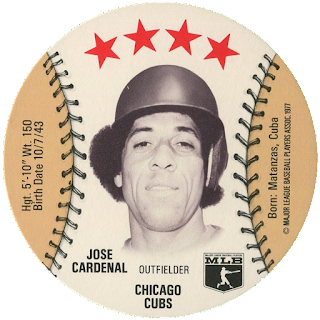 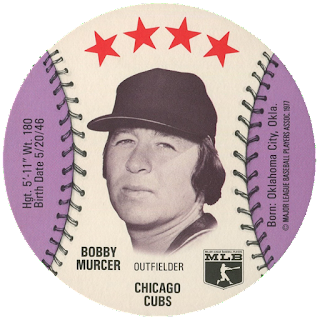 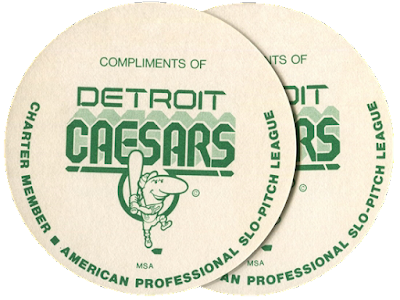