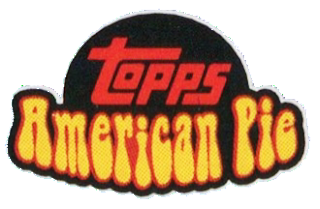 In 2001 Topps issued a set called "American Pie."  The checklist included 115 retired players and another 35 cards that celebrated people and events from the 1960s and 1970s.  This was among the first products to combine baseball and culture.  Though the set was a one-and-done, five years later Topps tried the concept again with Allen and Ginter.  Ginter was a runaway success and now we think nothing of the mixture.

Four Cubs were included in American Pie.  Topps didn't go with the usual mainstay of Banks and Williams. 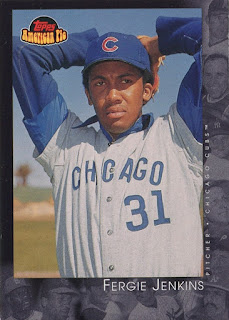 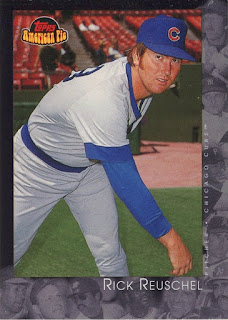 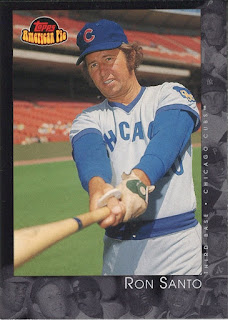 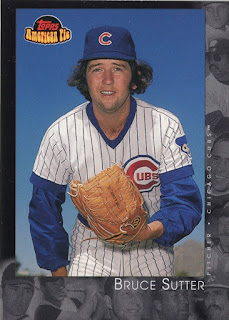 It was nice to see Reuschel and Sutter as a Cub.  These guys were not seen often in sets like this.

It also looks like the Reuschel and Santo pictures were taken on the same day at Candlestick park, most likely in 1973.