When Topps stickers returned in 2011, it was a dream setup for this over-organized person.  Each year there were nine stickers of Cubs players (and for each team, in fact) along with a team logo sticker.  The ten small stickers fit nicely on a twelve pocket page.

My sticker nightmare began last year when Topps went to a completely different format.  First, the stickers were enlarged to the size of a regular card.  They abandoned the nine per team format.  They also put players on both the front and back of the card.

The nightmare has continued into 2020.  Full size stickers, no consistency with the number of players, players of both the front and back... yikes!

This year the stickers seem to have been largely ignored.  I have yet to see a team set offered by any seller on Ebay.  Usually I have a few to pick from.  I used Sportlots to buy my stickers and there weren't many available there either.  Most players have less than six stickers available from the various sellers.  Are the stickers a Covid-19 casualty or is there just no market for them?

Today I have the Cubs that made the front of the stickers.  It's pretty slim pickings.  Out of 237 stickers, just six belong to the Cubs.  Even worse, those six stickers represent just three players. 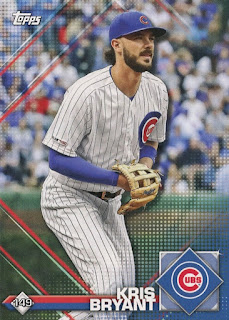 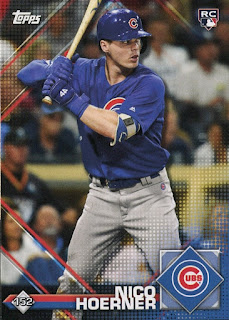 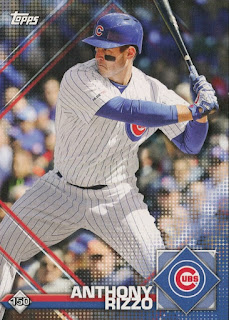 Bryant, Rizzo, and Hoerner are three players on the front. 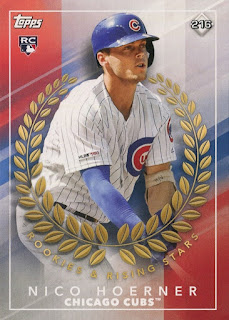 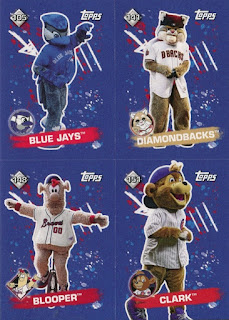 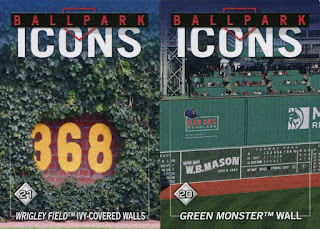 The other fronts are Hoerner again, on a Rookies and Rising Stars card, Clark the Mascot, and Wrigley Field.

The Cubs did a bit better on the backs, and I'll have those tomorrow.