Holes in the 2020 Stickers Checklist

The 2020 Topps stickers left me a bit confused, but thanks to reader Matthew, everything is now clear.

My first confusion was with regards to Javier Baez.  He has a back card, but no sticker front.  It seemed odd that Topps left him off the front, especially since there was.... 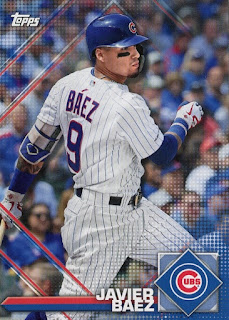 ...this in 2020 Opening Day.  Baez has a sticker front card in the Stickers Preview insert set.  It didn't make any sense that he was previewed, then omitted.

Confusion number two was with the stickers checklist.

There are holes in three other places as well.

So why were four numbers left off the checklist?

It's because of, as Matthew commented in my Cubs set post, the sticker album. 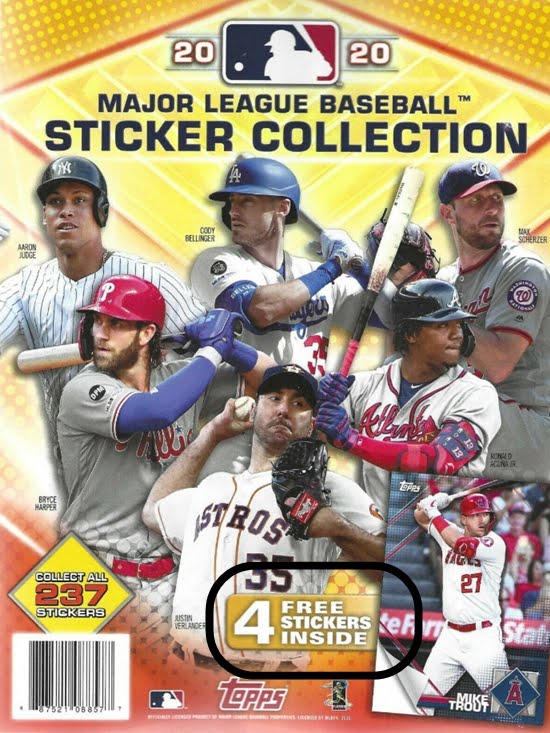 See that part that I circled?  It says "4 Free Stickers Inside."  Apparently the albums don't have four random stickers.  They all have the same four stickers.  Want to guess which numbers? 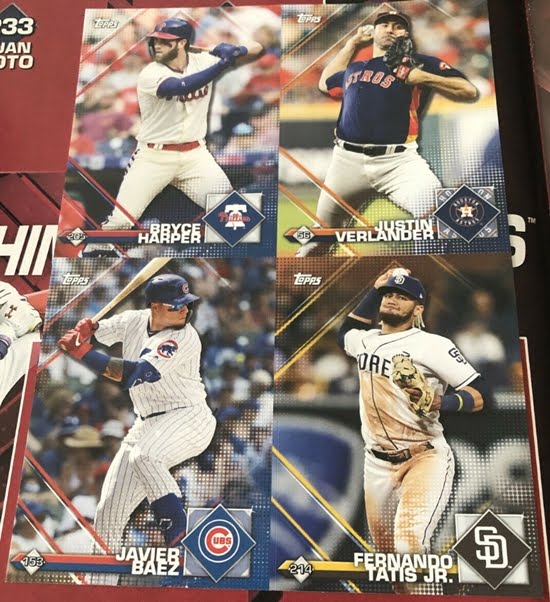 There are the numbers missing from the checklist.

Does that mean that the only way to get these four stickers is by buying an album?  I'm thinking that the answer is yes.  I haven't seen the Baez card listed in any of the usual places - Ebay, Sportlots, Beckett, or COMC.

I bought an album and should have it next week.   Then I will have all of the Cubs stickers.  Anyone else looking for a complete set of the stickers or team sets of the Phillies, Astros, or Padres will need to do the same thing.