I've got a real oddball today... 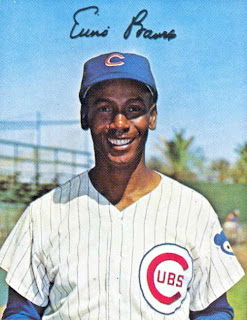 This is a sticker from a 1983 release known as the Starliner set.

The picture may look familiar because it is the same as the 1967 Dexter Press cards, 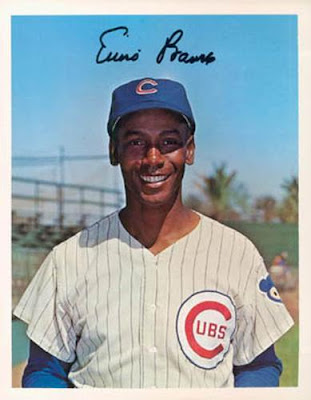 which I also had a post on a little while back.  I don't have the Ernie Banks Dexter Press card yet, so I had to borrow a picture.  You'll notice that the white border has been removed from the stickers.  While the Dexter cards are over-sized  the stickers are much smaller, coming in at 2 7/16" x 3 1/4".

The stickers are from an unlicensed and unauthorized set.  From what I could find, a midwest dealer named John Sterling printed up the stickers.  The set name comes from the brand name of the sticker paper, Starliner. Another brand of sticker paper was also used, Touchdown.  Mine is a Touchdown.

The entire set has 16 players.  I found this picture, of an uncut sheet... 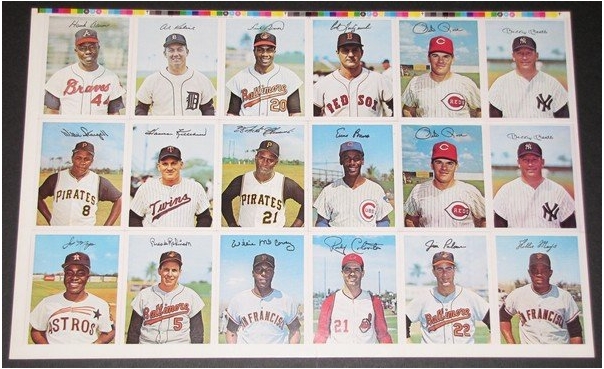 ....and you can see that Pete Rose and Mickey Mantle are double-printed.  It's a pretty amazing group of Hall of Famers.  Just one question....why was Rocky Colovito included??
Posted by Wrigley Wax at 9:00 AM