After showing all the Sandberg Star cards last Tuesday, I figured I should show all the rest of the Cubs Star cards.

There were twelve non-Sandberg Star sets.  Some had 11 cards, others had 10, while the bulk of them had nine.  You'll see in the tile how I started with the 11s, then the 10s, and finished with the 9s.

You may also notice a non-Cub among the cards.  There was a 1990 Star set that split the 11 cards between the Cub's Jerome Walton and Greg Olson of the Orioles. 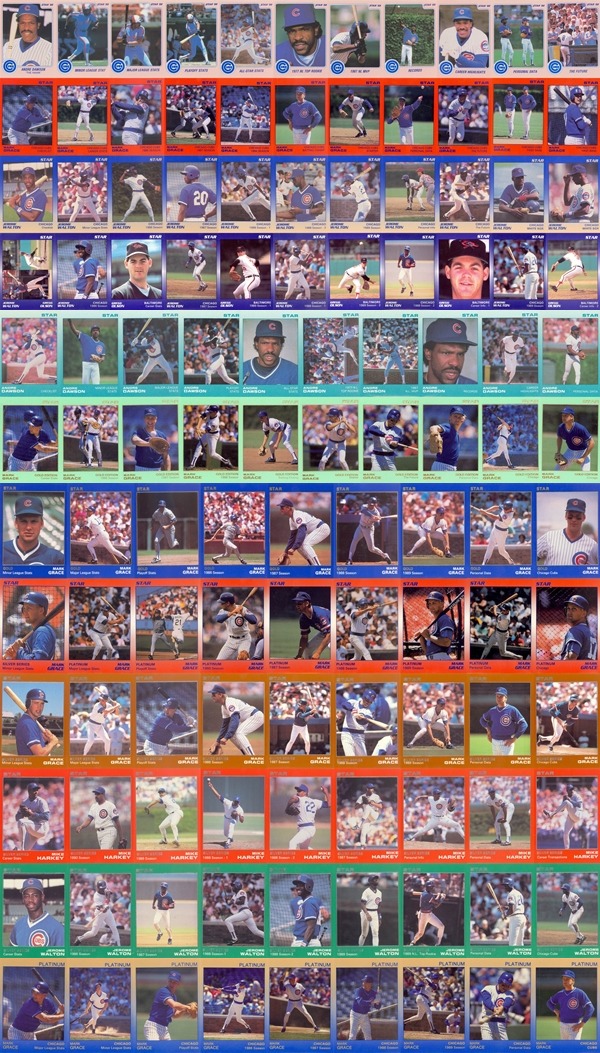 In order from top to bottom the sets are: