You won't see too many pack rips here....I just don't buy that much wax (or foil, I suppose).  But each year, when Topps Series One is released, I just have to grab a few packs.

The first pack does not get ripped.  It stays all minty fresh and goes right up on my display shelf with the other packs I've got.

This makes for 45 years worth of packs, starting with a pack from the first year I collected, 1969, and continuing through 2013.  I've got 15 packs per shelf, and if I squeeze them a little closer together, I can add one more pack to each.  That means I'll have to add shelf number four in 2017. 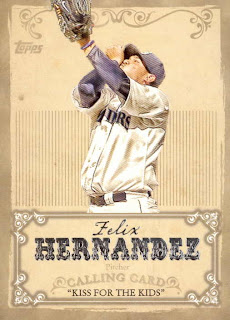 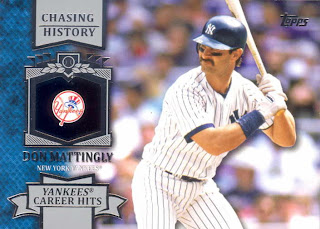 And my one and only Cub, 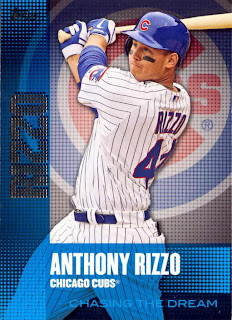 These will have to tide me over until my package from BrentandBecca arrives.  He is busting a whopping 80 cases of cards.  It might take a little while for him to sort though all of those.