Yesterday's story about getting Ryne Sandberg's autograph ended with a teaser---another collection connection from that game in 2007.

I hadn't really thought about that Whitecaps/Chiefs game in a long time.  I see the Sandberg ball all the time, and I remember the excitement of getting Ryno's signature.  But details on the game were fuzzy, at best.  So I did a little digging.

I knew that I had a program from the game around the house somewhere. I did a little digging and found... ....this.   One nice thing about minor league games (at least the one's I've gone to) is that you get free programs. Something that would cost ten bucks at a big league game is free in class A.

I started flipping through the book and I came to the scorecard page.  I don't think that I've kept score at any of the other minor league games I've been to, but for some reason I kept the book for this one. 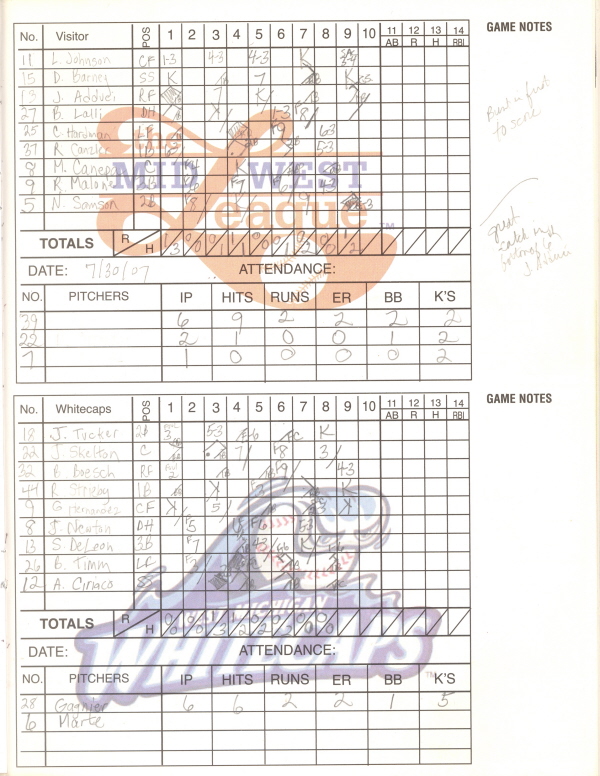 I started looking over the Chief's lineup and then I had one of those "Oh My!" moments. 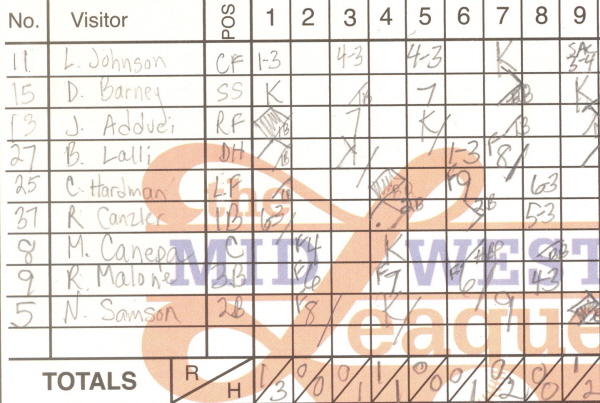 Look who was batting second and playing shortstop.  It's my guy, Darwin Barney!  I had absolutely no recollection that he was in the lineup that day.  But there it was, written in my own handwriting.

He went 1-4 with a walk and two strikeouts.  Not the greatest day, but not the worst either.

Barney was drafted by the Cubs in June, 2007 and spent some time with a rookie team in Mesa before being promoted to Peoria.  He played a total of 44 games for Ryno and the Chiefs.  At the time I saw him, he had been with the Peoria for only two weeks.

I took a couple pictures during the game, but Barney wasn't in any of them.  I did find a couple online that showed him on the road against West Michigan. 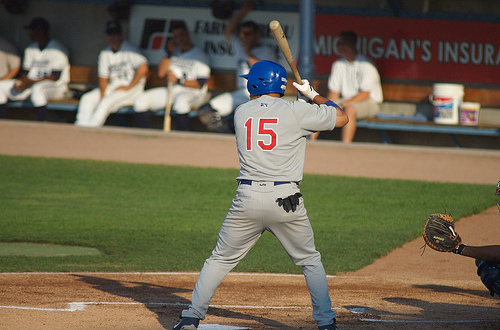 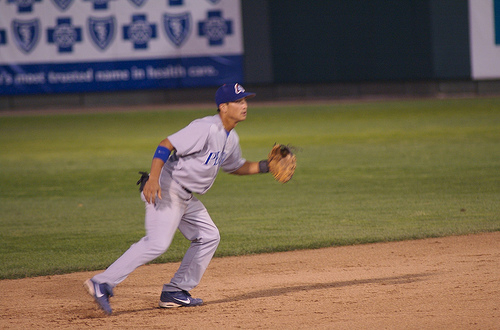 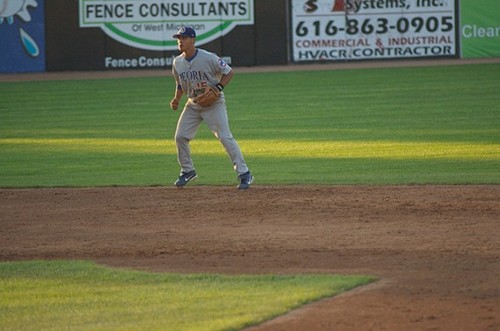 I wonder if they were from the game I was at?

So how cool is that?  Not only did I end up with the autograph of a Hall of Famer, but I also got to see the early, raw version of a player I ended up collection.
Posted by Wrigley Wax at 9:00 AM