A Sentimental Addition to the Autograph Collection

Here's an autograph I added to my collection, strictly for sentimental reasons... 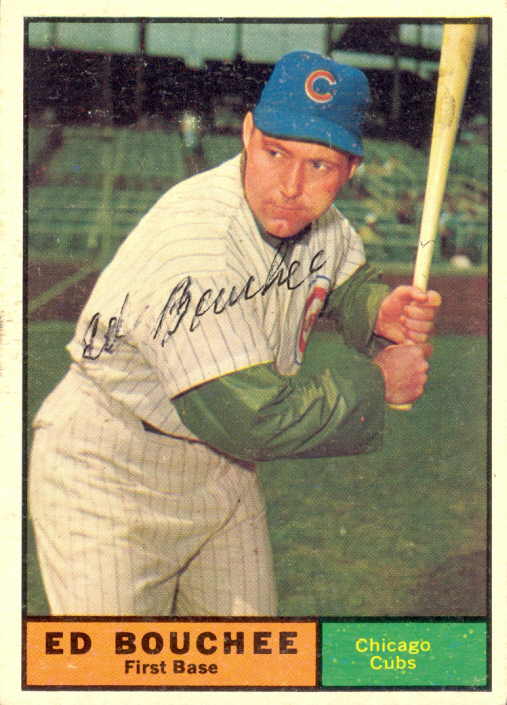 ...Ed Bouchee.  The card I've got is Ed's only card as a Cub.  The signature is in pen and it looks a little shaky, but I don't care.  It is still a welcomed addition to my collection.

Ed passed away a few weeks ago.  He had been battling Alzheimer's disease for several years.  Before retiring to Arizona, Ed lived in Des Plaines, Illinois, a suburb of Chicago and my former hometown for fifteen years.  I've written before about how I met him.

Since that post was written, I have received a few nice emails from Ed's son Scott.  He was kind enough to share some stories about his dad.  In fact, Scott even emailed me about his dad's passing, which I thought was a very nice thing to do.

Since starting the blog, I've received emails from friends or family members of several players I've written about.  It's exciting to get those, but also a bit scary.  The emails help remind me that the players I'm writing about aren't just cardboard figures, they are real people--sons, husbands, dads, friends.

Josh Wilker's fine blog is title Cardboard Gods and we all certainly look up to and admire many ballplayers.  But Scott's emails put into perspective that they are also just regular men, warts and all.
Posted by Wrigley Wax at 9:00 AM