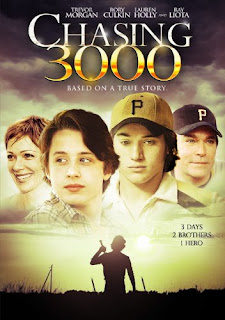 Here's the plot:  As an adult, Mickey Straka (Ray Liotta) is taking his kids to PNC Park for Roberto Clemente Day.  He gets nostalgic with the cop who pulled him over for speeding, and then once back on the road, he tells his kids the story of his cross country chase as a 16-year-old to see Roberto Clemente's 3000th hit.  The movie then flashes back to 1966 and then most of the movie moves on to 1972. 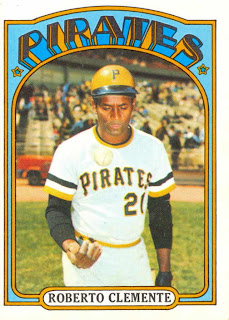 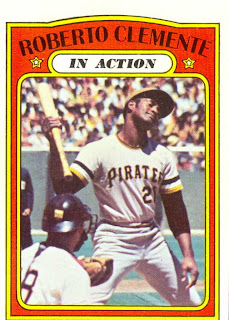 Young Mickey grows up idolizing Roberto Clemente, copying his mannerisms while playing the game.  He's the star of his high school baseball team.  But younger brother Roger, 14, has muscular dystrophy and the family moves to California, which offers a better climate for Roger to deal with his disease.  Mickey is homesick, not connecting with his new California surroundings.  When mom gets called away for business, he decides he's going to drive back to Pittsburgh so he can see Clemente get his 3000th hit.  Brother Roger, now also sick with bronchitis, convinces Mickey that he should go along too.

And so the adventure begins.

Along the way they face all sorts of troubles...Roger leaves his medicine at home, mom realizes the boys are gone and get the police after them, they ditch the car when the cops come, leaving all their money in the car, they hop a train to St. Louis, but it ends up in Alabama, catch a ride with a motorcycle gang to Tennessee and they befriend a Tennessee farmer, who gives them a car to finish the trip to Pittsburgh.  Just before they get to Pittsburgh, Roger has to be rushed to the nearest hospital for treatment.  Will the boys ever make it to Three Rivers Stadium??

Man, I'm tired!  It's an exhausting adventure, and somewhat improbable, but aren't movies supposed to allow us to do the improbable?  I enjoyed following their crazy road trip.  Catch the movie and I bet you'll enjoy it too.

A couple of the actors in the movie have shown up on Flick Friday before. 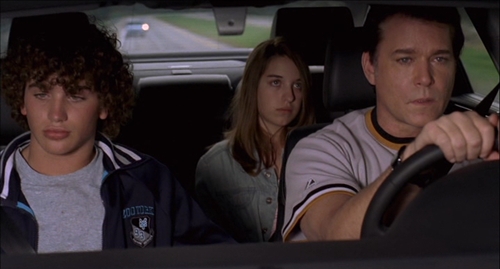 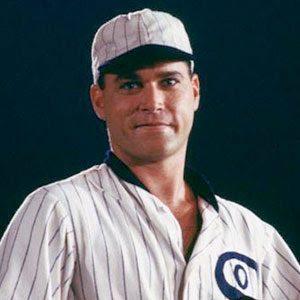 Ray Liotta, grown up Mickey, was Shoeless Joe Jackson in Field Of Dreams 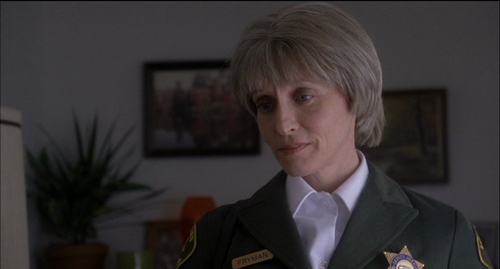 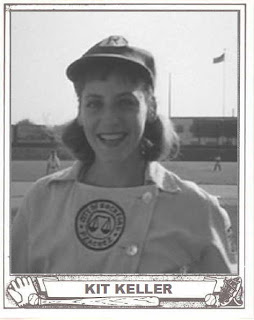 The cop that talks with the boys' mom is played by Lori Petty, who was Kit Keller in A League of Their Own.

Baseball cards were also shown in a couple scenes... 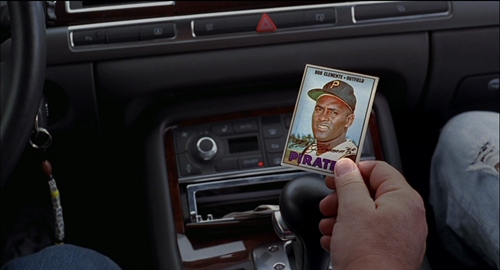 ...here, the adult Mickey looks over his 1967 Topps Clemente cards. 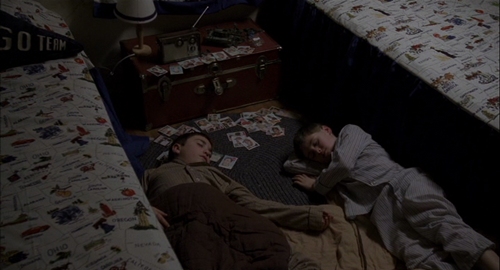 In this flashback scene from 1966, the two brothers are sleeping among their cards.  Only one slight problem... 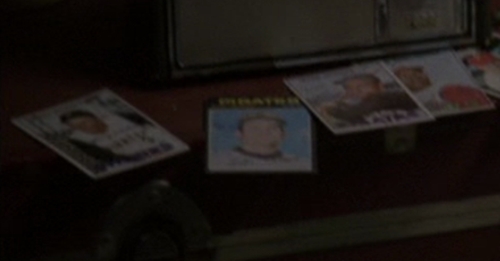 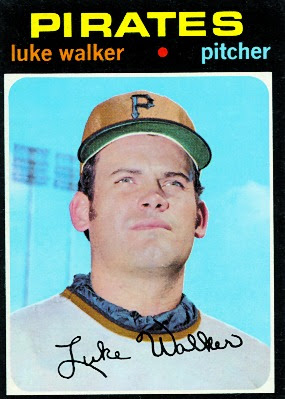 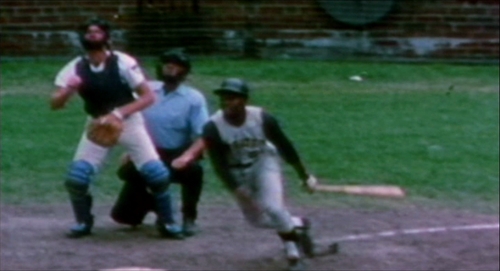 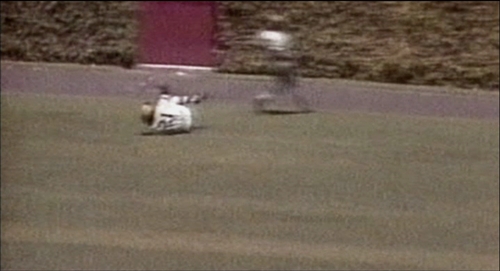